Do jetliners carry radar that can detect other aircraft?

If not, why not? For example, if a civilian jetliner is flying at night over the Ocean, or a remote area with no airports/ground radar stations, and another airplane is also heading towards it on a collision course, shouldn't the pilot be able to spot the oncoming airplane on its airborne radar to perform evasive maneuvers? My understanding is that military aircraft have such airborne radar, which I believe is called ACAS, so they need not depend on ATC/ground stations for collision avoidance.

Radar that can detect, resolve and track small targets as opposed to large areas of water (raindrops) has to be a lot more powerful and sophisticated, especially in ye olden tymes of the 50s and 60s when weather radar was becoming a thing and the search for a practical collision avoidance system was underway.

When the effort that eventually became TCAS got started in the late 50s following several notable midairs, on-board target detection was one of the early proposals but was rejected by the industry as too expensive and time consuming to develop (where to put the more powerful system with its larger antenna for starters).

Once TCAS was perfected, made possible by the development of Mode C altitude reporting by transponders, you got 95% of the benefit (because only non-Mode C-transponder light planes were still a risk - a very minor factor overall once Mode C was pushed out to GA aircraft) without a crazy expensive addition of on-board target detection and tracking radar PLUS a weather radar. 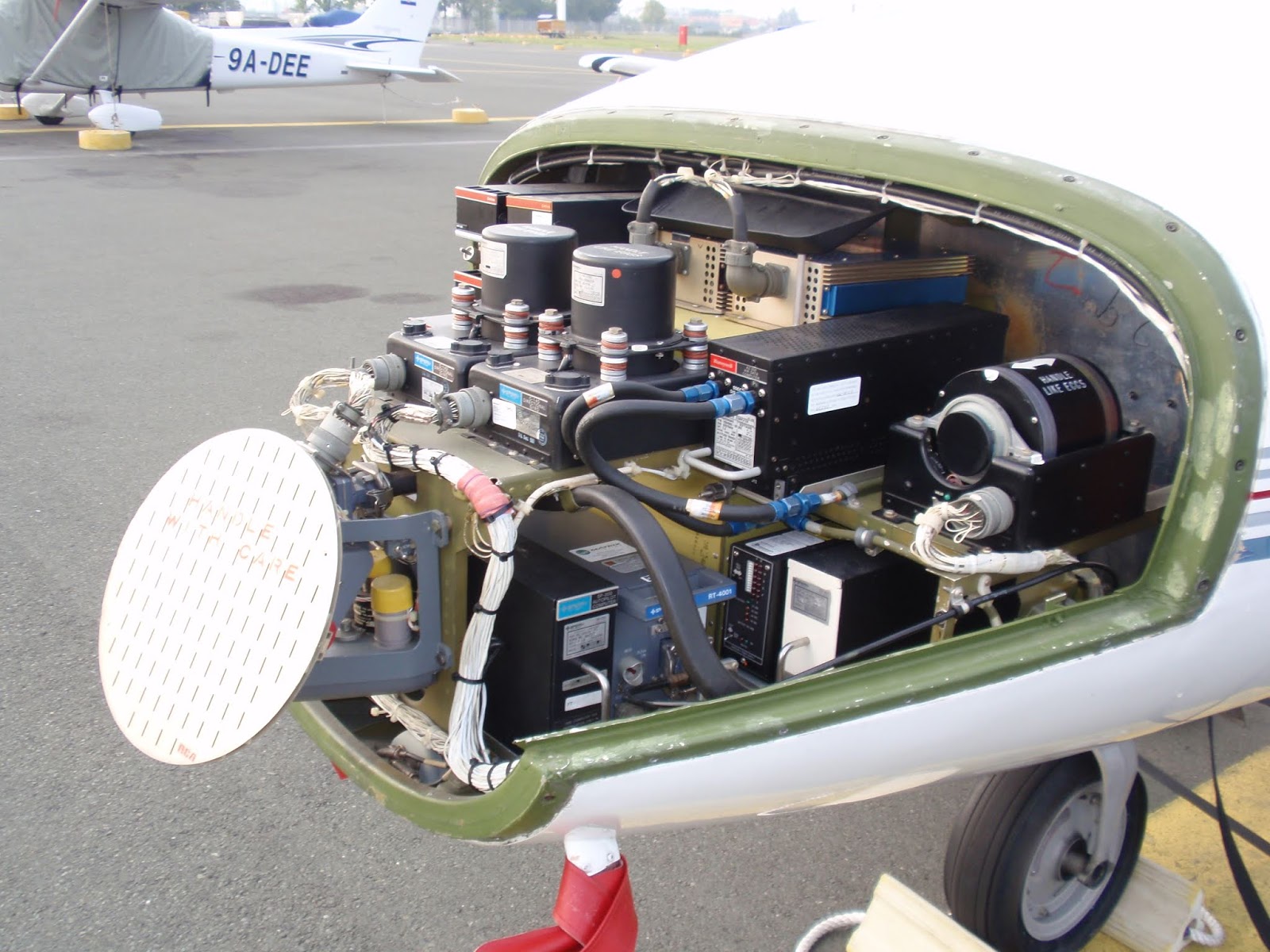 SOCATA TBM 900, weather radar housed in the pod on the left wing

FCR's consume significant electrical power and they require constant attention from their operator to be directed to a certain part of the sky and be effectively used.

With TCAS/Mode C transponders onboard most aircraft, there is simply no reason to put an FCR on an airliner or any civilian aircraft for that matter. Most airliners don't even have a large enough radome to put an FCR in.

No, TCAS does not rely on ground based radar stations and it works perfectly well at night over the ocean. Each aircraft broadcasts messages, which include altitude, and listens for messages from other aircraft. If TCAS receives messages from another aircraft nearby that operates at the same altitude, it warns the pilots and advises them to climb or descend.

Unlike radar, TCAS only works if both aircraft are equipped with it.

96
Can someone actually "fly under the radar"?
2
Can radars detect all planes, including military ones?
15
Does the F-22 (or any other stealth aircraft) carry chaff?
1
Can radar detect a small flying device with MEMS microengines?
8
Can radars detect small drones?
8
Can air-superiority radar function as weather radar?
9
Do helicopters carry radar equipment? Is so, where is it placed and what type is used?
2
Do aircraft have radar or other forms of traffic sensing?
7
On ATC's radar, does an aircraft that loses its transponder simply disappear?
0
Can military radar detect all civilians aircraft at inflight altitudes regardless of transponder status?