Why are wings not tapered all the way to reduce vortex drag?

Wingtip vortices are created by, well, wingtips. These vortices create drag. One of the approaches to reducing this drag is taper the wing, 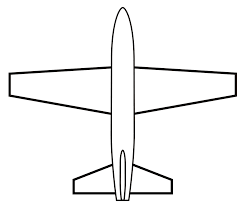 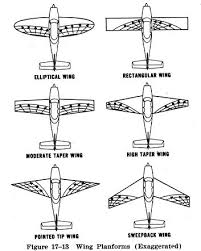 Will eliminating the wingtip, as on the lower left, eliminate these vortices, and thus eliminate induced drag? Why or why not?

No, not at all. The vortex strength depends on the lift at the center wing. This strength invariably tapers to zero towards the wingtip, regardless of the wing's geometric taper ratio. The taper ratio will only change the local gradient, not the absolute decline in vortex strength. In the end, what happens at the tip is insignificant for the shape and strength of the wake.

The relation between tip vortex strength and induced drag is not a simple one and the suggested advantage is not realised in practice. Meanwhile, a pointed tip has other problems. Some that occur to me:

If the wing has a constant aerofoil profile then a pointed tip will tend to stall first at high angles of attack. This creates turbulence over the ailerons and reduces pilot control at a critical moment. Changing the aerofoil such as twisting downward or "washout" reduces the problem. For example the de Havilland DH.88 Comet racer of 1934 has a fairly pointed wing with no washout - and a notoriously vicious wing-drop in the stall. American replica N88XD has around 2 or 3 degrees (I forget exactly) of washout to try and ease this, with the same being included in the restoration of Comet G-ACSP Black Magic.

But reprofiling the outer section changes the lift distribution to a less efficient one. Widening the tip section can help restore efficiency, as well as further reducing the stall problem.

Structurally, a fine point is both prone to damage and difficult to fit a robust aileron hinge inside. The ailerons have to be moved inboard to a wider part of the wing, which reduces their effectiveness.

The point contributes little lift but significant moment and physical width, so removing it improves aileron and gust responses and eases ground handling, without any significant lift penalty.

Not the answer you're looking for? Browse other questions tagged aerodynamics wing efficiency wing-tip-vortex or ask your own question.

38
How does an aircraft form wake turbulence?

20
Do box-wings suffer from induced drag the same way as normal wings?
1
How can wingtip vortices affect the direction of the relative wind in front of the leading edge?
7
Is induced drag caused because of the tilt of the wing backwards?
10
Why do wall-to-wall airfoils in wind tunnels produce no (or infinitesimal) downwash?
1
Why do wingtip vortices affect the upwash ahead of the aerofoil?
2
Would a triplane be way more efficient if the wings intersected at the tips to create one wing tip vortex instead of 3?
1
Why do most authors use wingtips vortices as reason for 3D flow around wing?
6
Can gliders and single-engine planes have vortices?
10
Why are vortices produced at wingtips a source of drag, while vortices from the leading edge (harnessed by delta wings) good?