What are the states that the landing gear can be in?

What are the valid set of enumerated states for landing gear?

My current working set is:

Also, are there any definitions in which UP is distinct from STOWED? (I can't find any.)

If you want to simulate it, remember that while the pilot can only command one of the two end states, the transition is a continuous process and you need to represent exact position of the gear in each frame of the simulation. So you need a value that will smoothly transition between 0 (stowed) and 1 (down and locked). Any value in between will indicate red on the instrument, but will correspond to different state of the gear animation.

The exact steps during gear extension (and in reverse for raising) differ by aircraft, but generally the animation will have three parts that you will map to suitable ranges of the gear state value:

Tweak the values to make the animation look appropriate. The relative speed differs by aircraft. Some aircraft also don't have gear door (e.g. 737 only has one panel that is attached to the strut on main wheels; it still does have nose gear door, so the process will be slightly different for each leg).

Which leads me to note, that if you want to simulate failures, you definitely need separate value for each leg, because some failures, like jammed actuator, only affect one gear. Also in reality the legs take slightly different time to extend, so you can add some variability to the transition time if you wish.

To give an idea of the states that are possible along with the indications (and generally the complexity of the system) here are some tables from a 767-300. 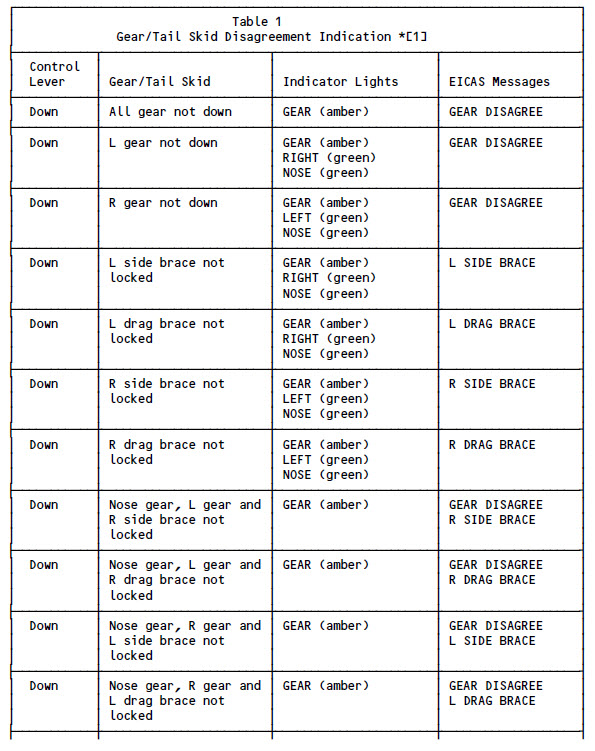 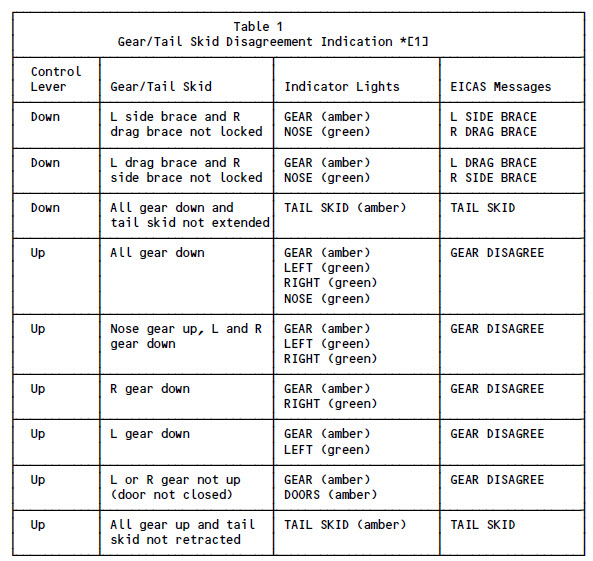 15
How are skis stowed on retractable gear aircraft?
5
What defines a landing gear bogie?
8
Should an emergency field landing be performed with landing gear down or up?
2
What are ways to reduce drag and noise generated by the landing gear?
11
Has there ever been an uncommanded lowering of landing gear?
9
What is dual mode adaptive landing gear system?
2
Are there all terrain landing gears for planes?
5
Why is the landing gear lever not set to OFF on the ground?