What operation is this aircraft performing?

While reading Wikipedia about Ust-Kut Airport, I've run into the following picture: 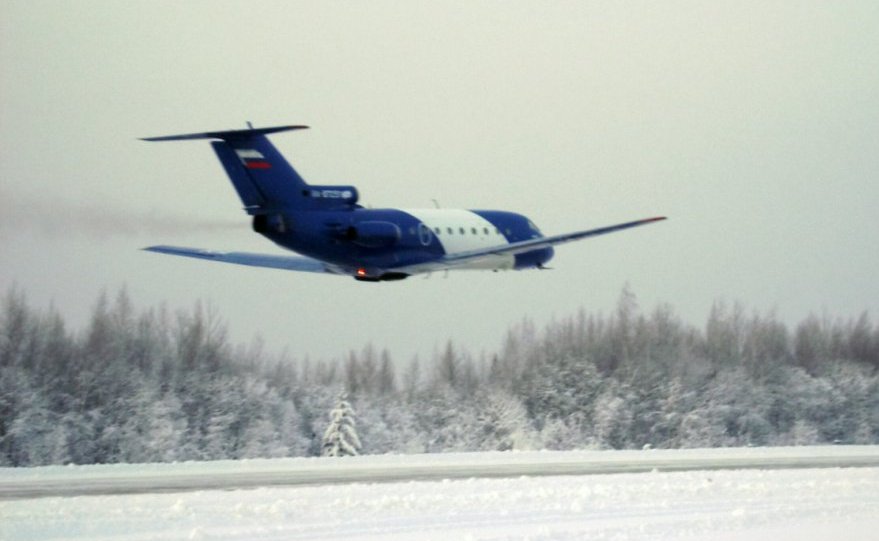 I'd like to know which operation is depicted here?

This doesn't seems to be a take-off, as per my very limited knowledge. It is by far landing. If I am correct then how it is possible that a landing plane, at this altitude, still doesn't have its gear down?

The flight in question is most probably an evaluation/calibration flight for radio navigation systems at Ust-Kut. The aircraft is a Yak-40 special version designated for such tasks:

It looks like a low pass, for unknown reasons but more likely a demonstration of some kind than an runway inspection. That's just a guess, of course, but I think it's the simplest thing that explains what the picture seems to show:

Having said all that, the angle of the picture doesn't clearly show the aircraft's position relative to the runway. And I know nothing about turbine aircraft operations :-) So I may be completely wrong.

Not the answer you're looking for? Browse other questions tagged landing landing-gear aircraft-operations or ask your own question.

18
How long do airliner tires last? Can this be improved?
8
Was this Gulfstream way below the glideslope?
16
How common are emergency landings for airliners? Is there really more than one per day at Heathrow?
18
Why are these carrier aircraft landing with the canopy open?
5
Why, and how, are barometric altimeters accurate enough for approach and landing?
31
Why would one plane in this picture not have gear down yet?
14
What would be the challenges to taking off and landing a typical passenger jet at FL300?
20
Why do aircraft sometimes bounce while landing?
1
Why would larger aircraft have higher crosswind takeoff and landing limits than smaller aircraft?