What will happen on Airbus A320-200 series when during push back NW STRG DISC in not in the towing position?

During pushback what might happen if the NW STRG DISC is not indicated green on ECAM? Will I have an ECAM warning? What would be the worst case scenario that might happen?

The problem is that during push back the aircraft engines are started. With the engines started the aircraft hydraulics are powered and pressure is sent for nose wheel steering. The nose wheel, without any inputs always centers it self. During the push back if the nose centers it self, it can damage both the tow truck and the nose wheel of the aircraft. To prevent this the nose wheel steering has to be disconnected for push back. In the A320, there is a lever on the nose wheel which can be put in the towing position. Once it is placed in position, a bypass pin is inserted to ensure that the lever is held in place. Once the lever is positioned an ECAM memo NW STRG DISC is displayed in the cockpit in green. The message turns to amber colour when one of the aircraft engines are started. The whole point of the ECAM message is to increase pilot awareness so that you do not mistakenly leave the lever in tow position before commencing the taxi. 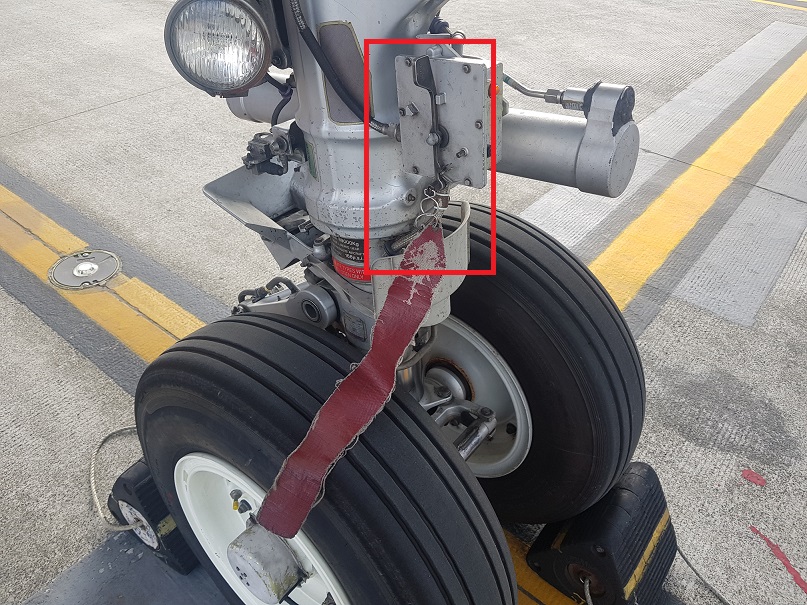 An Airbus A320 with nose wheel bypass pin inserted.

2
What would happen to the rudder on an A320 if both FAC systems failed?
17
Why does the Airbus A320 series seem to rock left and right in level flight?
5
Could the crew of XL Airways Germany Flight 888T not hear important chimes, due to the stall warning?
2
How does the Airbus ECAM / ND transfer work?
4
What is the speed during push-back?
1
If the push was accidentally started with the brakes on, what will happen since these towbars don't have shearpins?
3
Is there a Risk of Tail Tipping during Push-back of a passenger aircraft?
5
One man push-back
10
How and why does the ATR-72 sometimes use reverse thrust to push back from its parking position?
7
How do you get an "FWC 1+2 FAULT" warning, if at all, on the Airbus A320?