Can a jet stream make a subsonic plane fly at a supersonic speed relative to the ground?

Yes, the ground speed of a subsonic aircraft could be larger than the speed of sound. As an example, during the record time for a subsonic Atlantic crossing a Boeing 747 reached speeds of up to 1327 km/h:

Experts are hailing a British Airways flight as the fastest subsonic New York to London journey.

This does not make the aircraft supersonic. A supersonic flight implies that the TAS (True AirSpeed) is higher than the local speed of sound. This was never the case for this 747 flight.

If it can, does the plane create a sonic boom on the ground?

No, a sonic boom can only be created locally by an aircraft flying faster than the local speed of sound. It is unrelated to the ground speed. Consider the following illustration of a sonic boom: 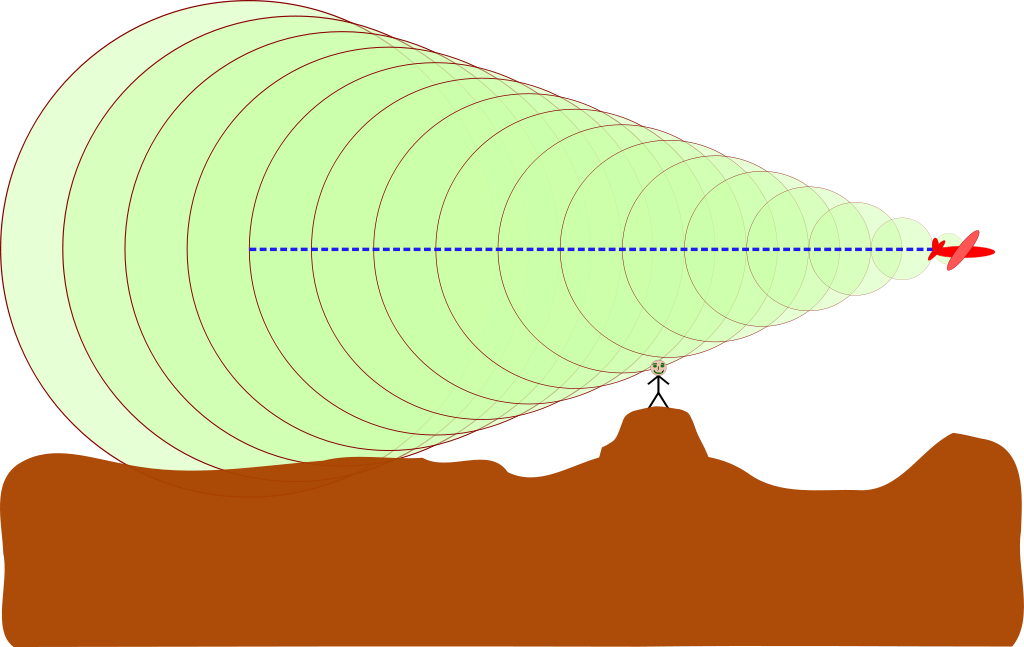 You can see a line of sound waves currently hitting the person standing on the ground. This is the sonic boom you would hear.

I modified this image for subsonic flight: 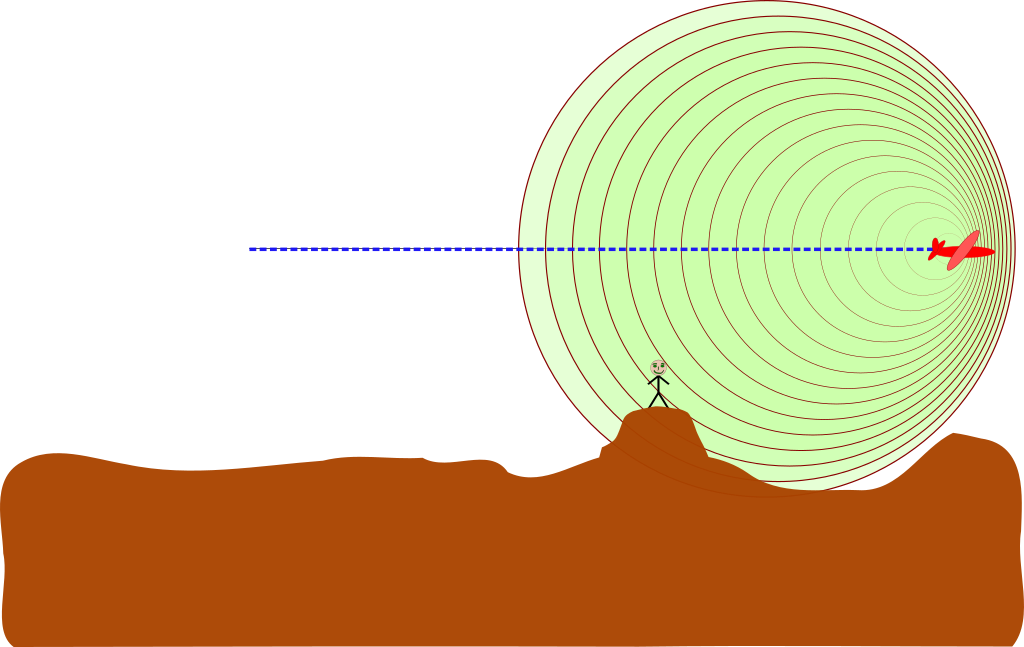 You can see that the circles never intersect and can therefore never form a line of sound waves. If the aircraft is in a tailwind, the sound waves would be emitted in the same way, they would just move faster across the ground as a whole, but there is no relative difference between them (and the aircraft). Therefore, there is still no sonic boom even when the aircraft's ground speed is faster then the speed of sound.

Note however that the wind speed would change with altitude. The jet stream does not extend all the way to the ground. This would distort the circles when they get closer to the ground, but it cannot create a sonic boom.

Not the answer you're looking for? Browse other questions tagged jet supersonic or ask your own question.