It seems a kind of hybrid for testing. The overhead panel looks similar to BAe 146, Any ideas? 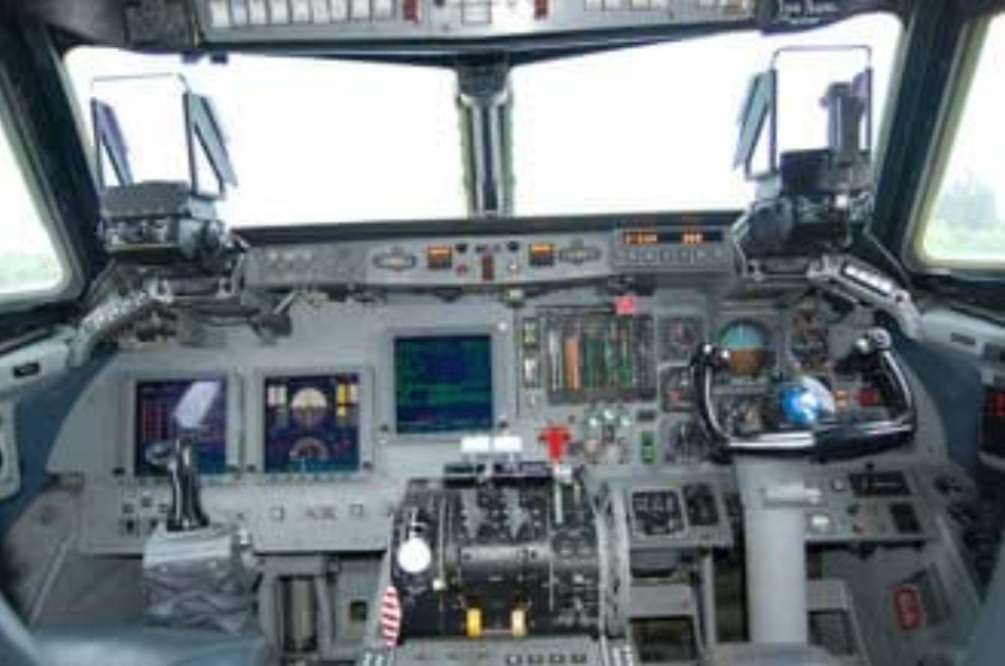 That is the cockpit of the Shuttle Training Aircraft, a modified Grumman Gulfstream II. Here is higher resolution picture: 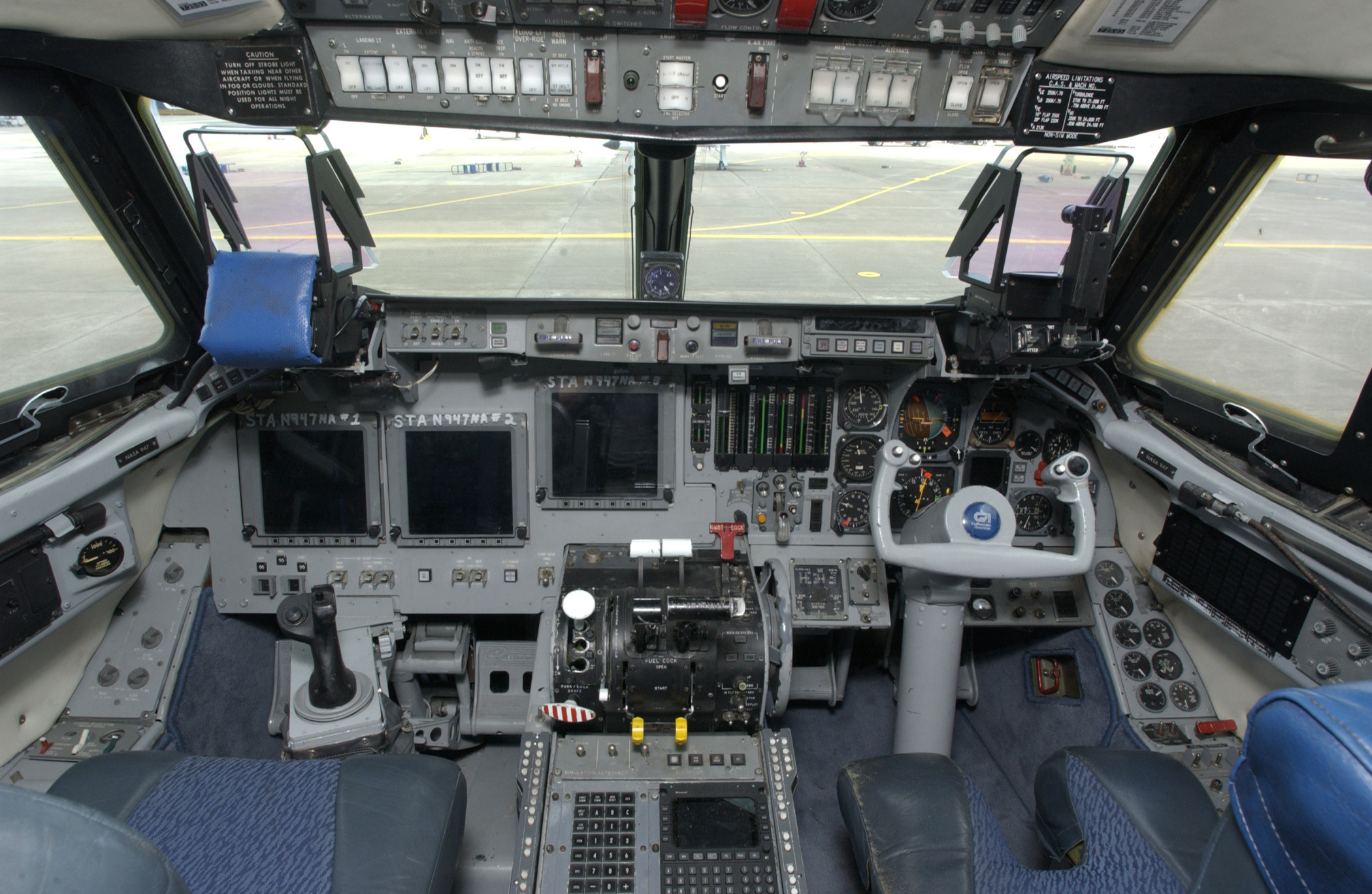 The STA is a "highly modified Gulfstream-2 aircraft," Nickel said. The plane’s cockpit has been adapted to closely resemble a Shuttle's flight deck; the left-hand seat features the same hand controls that a Shuttle commander uses during a mission. Several passenger seats in the back of the aircraft have been replaced by a bank of Shuttle-simulating computers.

They could simulate the glide of the Space Shuttle by flying with the main gear lowered and reverse thrust in flight:

In order to match the descent rate and drag profile of the real Shuttle, at 37,000 feet (11,300 m), the main landing gear was lowered (the nose gear stayed retracted due to wind load constraints) and engine thrust was reversed. Flaps could be deflected upwards to decrease lift as well as downwards to increase lift.

Not the answer you're looking for? Browse other questions tagged aircraft-identification space-shuttle or ask your own question.

13
What aircraft did this canopy come from?
5
What aircraft is this flying near Greenford?
10
Can you identify this plane from 1920 and prior vintage?
7
What kind of antique WWI aircraft model is this? Inventor's prototype?
1
Any idea what this Ampaire plane is?
5
What is the cockpit shown in this picture?
1
Identify odd aircraft near PWK 7/19/21
7
Identify this older military-style prop plane?
7
Can anyone identify this project please?
6
Have tried to identify the aircraft in the attached photo. It was probably taken in the late 1920's or early 1930's in California