The first mass produced helicopter was the Sikorsky R-4. It had a single collective located between the two pilot seats, whereas the cyclic was controlled by two sticks between each of the two pilots' legs, so by necessity, the person on the right would control the cyclic with their right hand, and the person on the left would control the cyclic with their left (because their right is needed on the collective). The cyclic in the R-4 was very difficult to manipulate and required a lot of strength and coordination. Since the vast majority of student helicopter pilots were right handed, they sat in the right seat, allowing them to use their dominant hand on the cyclic. Thus, the first generation of helicopter pilots all sat in the right seat, since they all learned on the R-4 (or the R-6). That's how traditions begin. 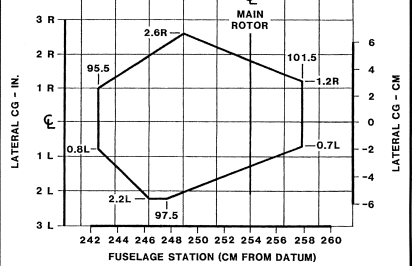 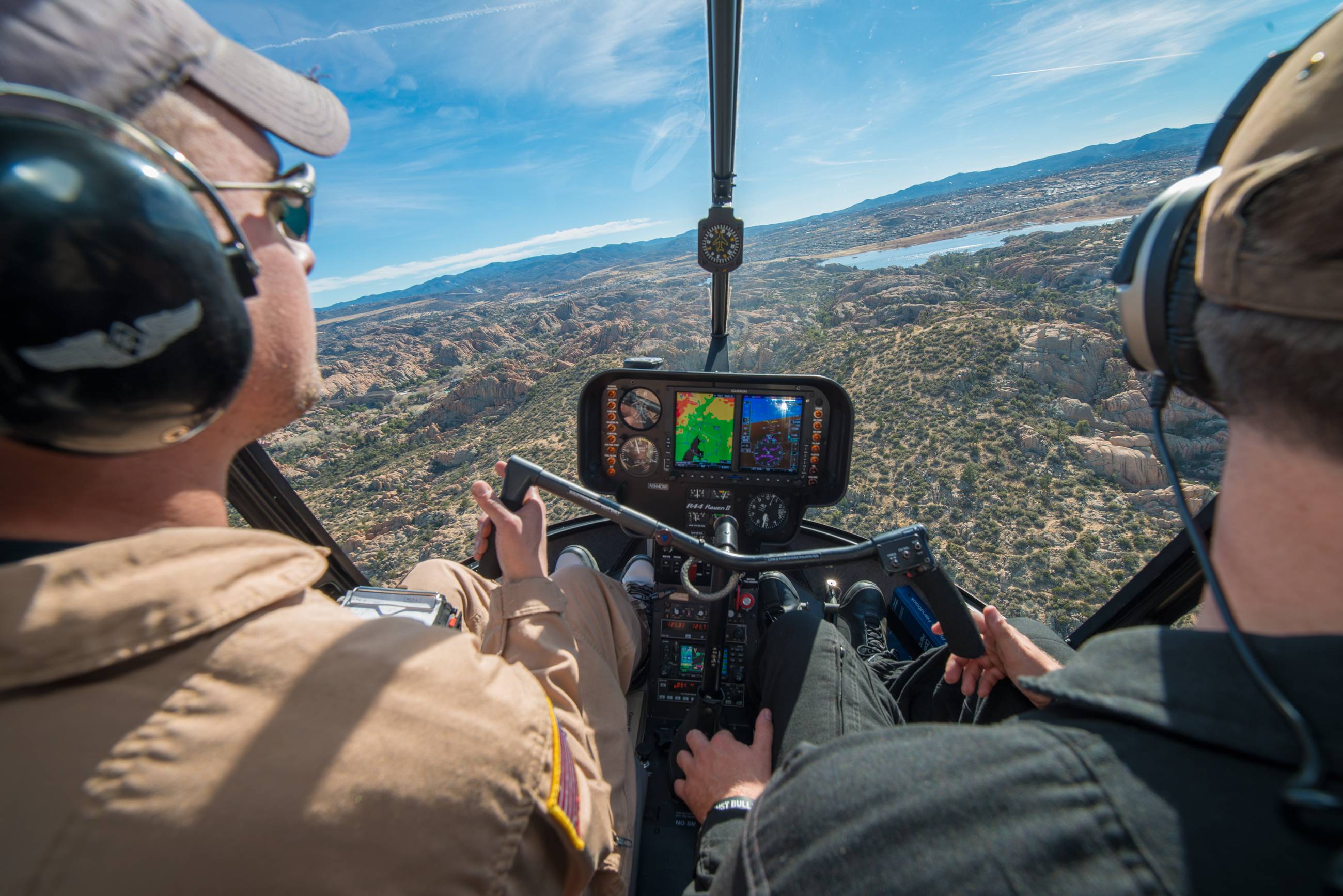 If there are many switches and controls to be reached by the pilot with his/her left hand, the most logical place to seat is on the right seat.

Bonus: If we want to remove one collective lever in a dual control rotorcraft, we must keep the right one, and then this looks like this when piloting from the left seat: 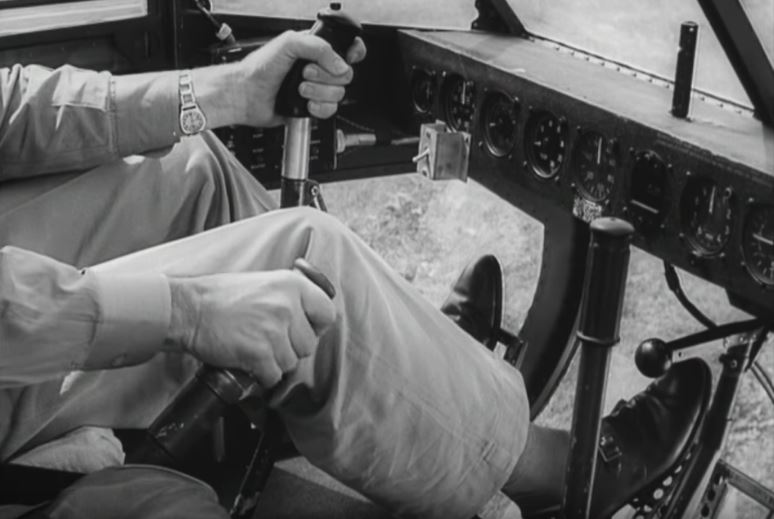 Not something your want when you're a student. So in 1942 the student will use the right seat, and takes the habit to seat on this side.

The stick (the cyclic pitch control) is used with the right hand, the most agile one for a right-handed pilot. This control is of prime importance as a helicopter is inherently unstable requiring a constant adjustment of its attitude by the pilot using the cyclic.

The vertical speed is adjusted with the collective pitch control and the left hand. This hand also operates all other controls required during the flight, as the collective doesn't require a permanent adjustment.

For helicopters of the WW2 era which can be flown from one seat only, this seat was on the left. Typical arrangement:

The pilot seat is on the left side, like on any aircraft. Helicopters of that era had cockpits not as complex as today.

With a dual control helicopter, two seats are fitted with the same controls which are mechanically linked. The pilot can use any seat depending on their preference.

As helicopters were getting more complex, the number of controls and switches also increased and they couldn't be all located at a convenient place to be reached by the left hand from the left seat. Obviously from the right seat the left hand would reach more remote elements and more easily. A rationalization was necessary.

Part of it was to not duplicate all buttons, switches and controls to simplify the panels and to save weight. The non duplicated elements were moved between the two pilots, either on the vertical panel, or between the seats (on some models the middle third seat was removed too). 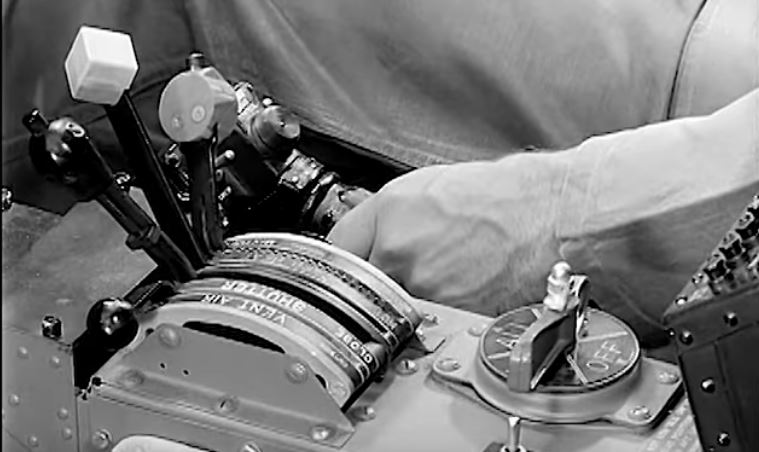 If this wasn't enough to select the right seat and leave the left one to the fixed wing aircraft, there was a huge engine problem with the Sikorsky R-4 (the first civil mass-manufactured helicopter):

The R-4 was intended as a trainer, but was so underpowered that Sikorsky was looking for any potential savings, so Igor and his engineers decided to let the instructor and student share a single collective. The only place to put it then was in the middle between the two seats. Given the coordination and strength required to manipulate an R-4 cyclic for any length of time, the student always flew from the right 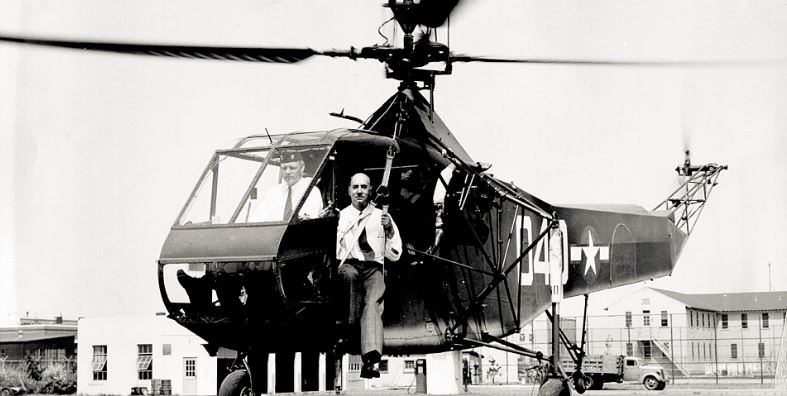 Even if other helicopters after the R-4, and still today have two collective controls, the habit of flying the first trainer from the right seat was sufficient to question returning to the left seat, the right seat allowing more freedom to the left hand.

And there is no need to fight with swords in our era :-)

Your question mentions PIC place. Pilot In Command is not synonymous to pilot flying (PF). PIC means the pilot legally responsible on board. PF means the person who flies the aircraft, pilots may alternate this latter role during the flight. The answer pertains to PF.

1
Why do most helicopter pilots sit on the right?
33
Why does an airplane captain sit in the left seat?
28
Are helicopters aerodynamically stable?
5
Do pilots land a helicopter sideways for improved visibility of the landing area?