During WW1 Zeppelins began their missions with Hydrogen cells at 33% full. How did this provide enough lift to get off the ground?

During WW1 U Class Zeppelins had hydrogen cells that contained 55,795 cubic meters of gas. 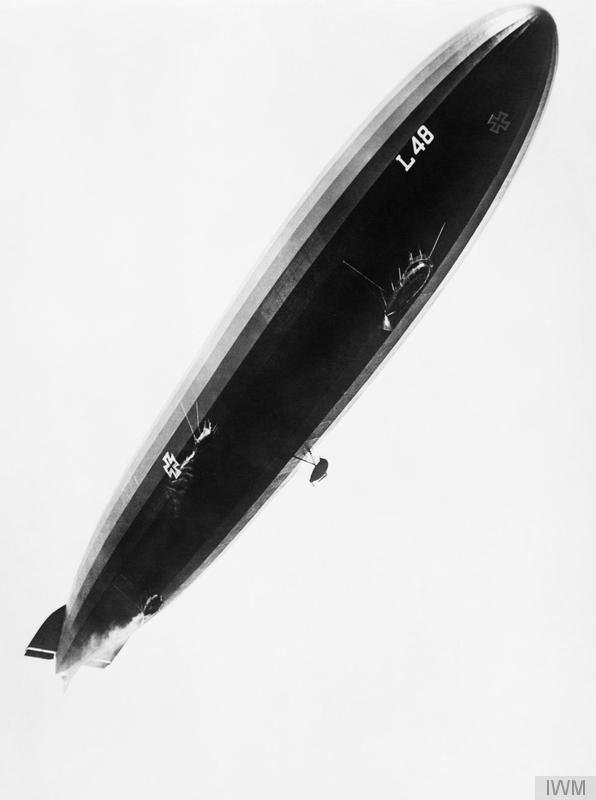 According to Peter Kämpf's excellent, detailed explanation of Zeppelin mechanics they began missions with their hydrogen cells filled with roughly 33% hydrogen. The rest of the volume contained air. Because hydrogen expands as air pressure falls starting at 33% allowed Zeppelins to reach high altitudes without rupturing their gas cells.

However given the constants below I'm not sure how 33% hydrogen produced enough lift to get a Zeppelin off the ground.

The empty weight of a U class Zeppelin was 25,750 Kg. That's without fuel, ballast or bombs. If useful lift was less than empty weight how did it take off?

Another detail I found interesting is that according to Wiki the U Class Zeppelin produced 64,750 Kg of useful lift.

When I plug in numbers at sea level that suggests that the gas cells were filled to the top with 100% hydrogen.

However if the hydrogen cells were filled to 100% it couldn't climb without bleeding hydrogen all the way up. It should be noted that at 5,000 meters the air is thin and useful lift drops by almost half.

34,983 Kg of lift is maybe barely enough to stay afloat with fuel, ballast and bombs.

But even if they did it this way when the Zeppelin descended the Hydrogen cells would be mostly empty and would fill with air causing the ship to gain weight and crash.

The gas bags always contained close to 100% hydrogen. No air was supposed to be in them. On the ground, the bags were only partially filled because of the high air density and pressure. The rest of the internal volume of the Zeppelin was filled with air which could enter and escape the hull through the many gaps and venting openings.

Compare that to a weather ballon. On the ground, the big envelope is nearly empty and only a small bubble of lifting gas (today mostly helium, but hydrogen would work even better) sits at the top. Only that the nearly empty ballon is in clear sight, while in a rigid airship the half full gas bag is hidden behind the rigid hull covering.

One cubic meter of hydrogen weighs only 90 grams compared to one cubic meter of air at 1.225 kg under standard atmospheric conditions. With the same amount of hydrogen a balloon will have the same lift, regardless of altitude, because its lifting gas will displace a bigger volume but the same mass of air as it expands with altitude. With Zeppelins, fine tuning of lift by adding dynamic lift is possible but limited to maybe 5%-20% of the ship's mass (more for smaller and faster ships and at lower altitude). By growing larger, the mass to volume ratio of Zeppelins decreased, so the latest WW I ships could be built light enough to fly with their gas bags only one third full.

Civilian airships rarely flew higher than 2000 m high and had to circumvent higher mountain ranges because they filled their gas bags to maybe 80% on the ground. Flying higher was not considered worth the reduction in payload and fuel that would result from less lifting gas.

Compare that to the wartime Zeppelins. They were in a continuous arms race for higher altitude with the British aeroplanes which were sent out to chase them. And until 1918 the most modern Zeppelin designs were ahead. The limited altitude of older ships also meant that many were scrapped after one or two years of service. The table below shows the maximum altitude at which the gas bags were filling out the available volume of the ships. The list below gives the maximum altitude of the best ship of each series and the density ratio shows the degree to which the gas bags could be filled on the ground to achieve that altitude. Note that they still carried tons of water ballast and ordnance when flying that high.

LZ 112 tried with speed what could not any longer be achieved with altitude: It had 7 more powerful engines where older ships had only 5 and could cruise at 131 km/h as opposed to the 100 km/h of the older ships. The diminishing returns of flying higher and the stress of spending close to a day at -40°C and without a pressure cabin or a pressure suit made higher flight altitude impossible. What also held progress back was the size of airship hangars: Since LZ 62 the maximum diameter could not grow beyond the 23.9 m of the last wartime ships, so their volumetric efficiency went down when they grew larger by adding length.

Let's assume we have a 1m³ container of negligible weight at sealevel. It displaces 1m³ of air, and this air weights 1.22kg.

What does this mean for airships?

If the entire volume of an airship is filled with hydrogen at the ground, it would loose about half the lift at that altitude. Since it can't withstand the over-pressure, it had to bleed off half of the hydrogen, which doesn't change lift much. And if it returns to ground, letting air in to maintain ambient pressure, it would still have just half the initial lift, not more, not less.

Instead, the volume of an airship is filled partially at ground, and the gas is allowed to expand at altitude. This way, it starts with low lift, but it maintains this lift during the entire flight.
Rigid airships like those in question contain gas cells inside the hull, which were inflated partially and could expand during flight.
For non-rigid airships (blimbs), it's usually quite the opposite: The lifting gas is directly under the hull, and there are cells filled with air.

Now, looking at your numbers: The LZ95 weights 23.000kg. This needs about 30% hydrogen to fly. Add some more hydrogen, and it can carry some load.

Remember: An aircraft has a maximum speed, maximum load and maximum range. But not all at once.

Not the answer you're looking for? Browse other questions tagged airship zeppelin or ask your own question.

27
How exactly can an airship lose lift?
10
Longitudinal stability of airships: How is the critical speed defined?
6
Would atmosphere floating inside an airship be counted towards the mass of the airship?
6
When an airship climbs the hydrogen in the ship's cells expand. Does this mean that when the airship descends the empty cells fill with air?

8
Why was the Graf Zeppelin's endurance when fully fuelled with both fuels less than the sum of its endurances with each fuel separately?
3
How fixed air, gas and fixed weights in rigid airships is computed in this book?
6
When an airship climbs the hydrogen in the ship's cells expand. Does this mean that when the airship descends the empty cells fill with air?
6
Would atmosphere floating inside an airship be counted towards the mass of the airship?
4
Would the solid material inside an airship displace air and be counted towards lift?