When an airship climbs the hydrogen in the ship's cells expand. Does this mean that when the airship descends the empty cells fill with air?

During WW1 a U Class Zeppelin had hydrogen cells that contained 55,795 cubic meters of hydrogen.

At sea level the cells were filled to 100% with hydrogen and this weighed roughly 4,500 Kilograms. The cells displaced roughly 68,000 Kilograms of air and this difference gave the ship tremendous lift.

As the ship ascended to 5,000 meters air pressure would drop by 50% and the hydrogen would expand. To keep the cells from popping the crew would release a significant amount of hydrogen.

However this is where I see a problem and I'm not sure how engineers solved it.

As the Zeppelin returned to sea level with hydrogen cells at only 50% full wouldn't it take on air in the now empty 50%? The air is heavy and at some point the airship would come crashing down to Earth. How did they solve this problem?

First of all, Zeppelins carried tons of water ballast in order to compensate for hydrogen seeping from the gas cells or being vented when the ship had climbed too high. Before launch, the crew calculated the ballast need based on the planned length of the flight and weather conditions. Also, the ship lost mass continuously by burning off fuel. Below you see the calculation sheet of LZ 40 from May 1915. The ship took 7.5 tons of water, distributed over several tanks along its length. 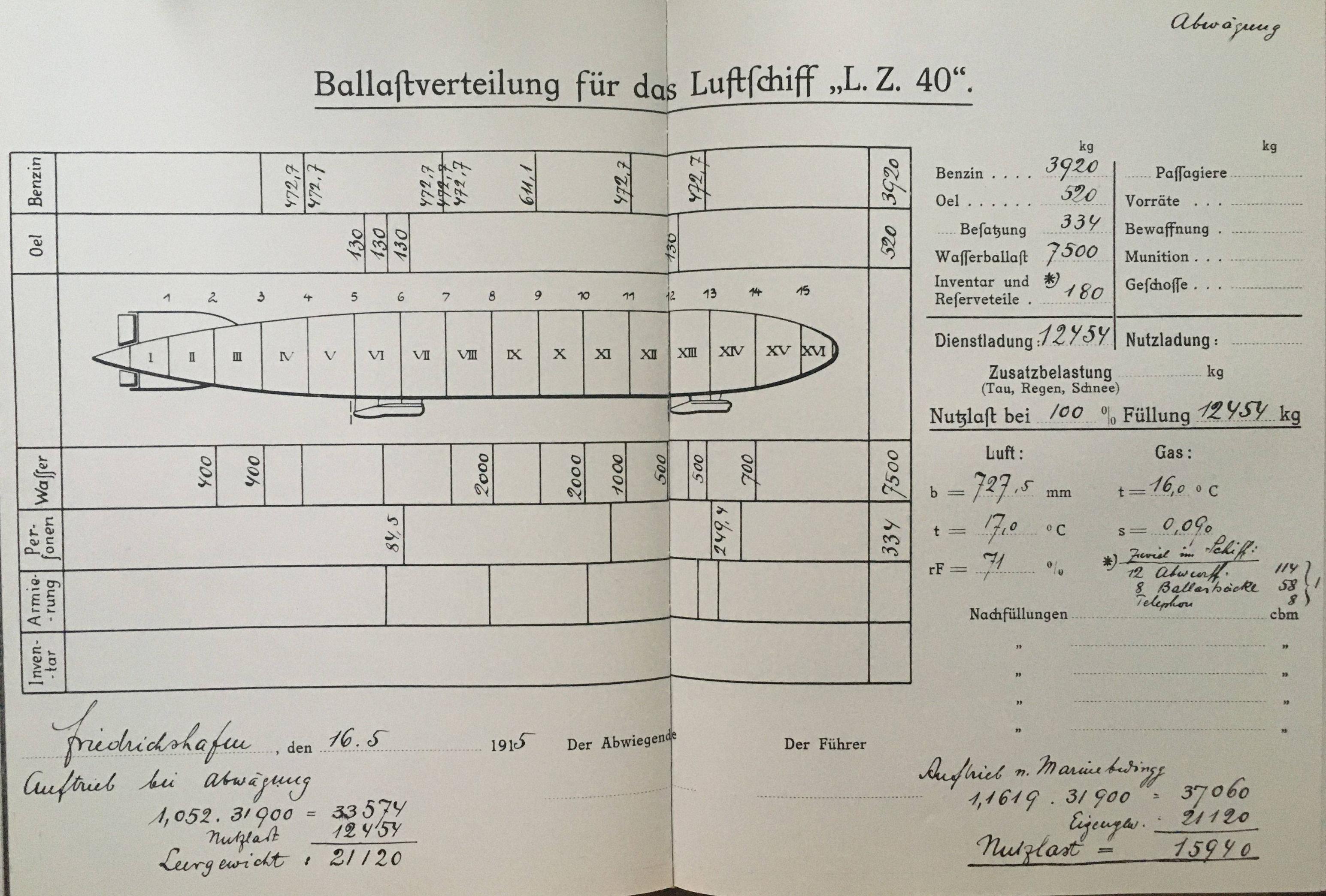 On the ground the gas bags were never full. In the later WW I Zeppelin models, only one third of the internal volume was taken up by the gas bags and their hydrogen while the rest of the hull was filled with air. As the airship climbed, the hydrogen in its cells expanded and pushed the air out. On the way down the reverse happened. The gas bags were flexible and sufficiently airtight so no air would enter them.

The photo below is from airships.net and shows the LZ-129 Hindenburg under construction. The gas cell is partially filled and is attached to the circular frames over two thirds of their circumference to distribute the lift of a partially filled cell as evenly as possible. Wire bracing distributed the load over the full frame. In the center of the hull you can see a walkway for inspection; the gas cell had a central tunnel to allow lengthwise movement over the full length of the ship. The vertical funnels for venting leaked hydrogen are not yet installed. 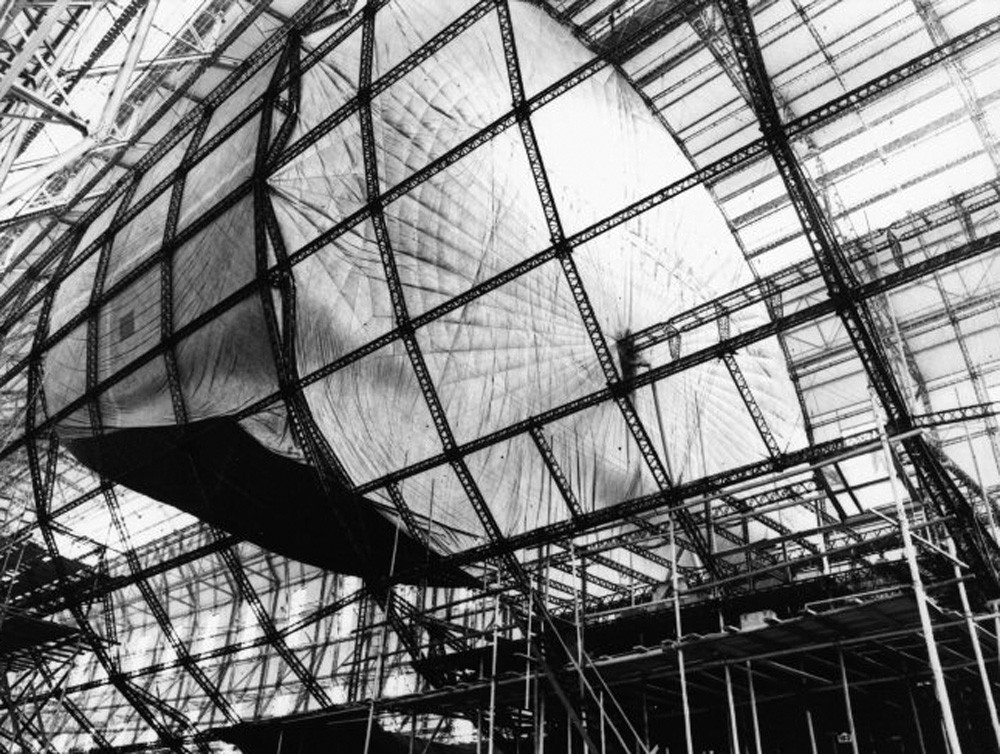 This is only possible with rigid ships; blimps use ballonets for the same purpose but have to pressurize them a bit in order to keep their envelope taut.

22
How do blimps control altitude?
3
During WW1 Zeppelins began their missions with Hydrogen cells at 33% full. How did this provide enough lift to get off the ground?

8
Why was the Graf Zeppelin's endurance when fully fuelled with both fuels less than the sum of its endurances with each fuel separately?
7
Why was the Akron’s spy basket installation so remarkably unstable?
3
During WW1 Zeppelins began their missions with Hydrogen cells at 33% full. How did this provide enough lift to get off the ground?
6
Would atmosphere floating inside an airship be counted towards the mass of the airship?
4
Would the solid material inside an airship displace air and be counted towards lift?