What other advantage(s) does an adjustable prop give you?

From what I understand, the purpose of a variable-pitch propeller (be it manually adjustable, or constant speed) is that it allows the engine to always operate at its most efficient speed, much like the transmission of a car. Is that correct? If so, if an airplane were to accomplish that another way (say, a hybrid gas-electric drive, or an actual transmission with shiftable gears*), would there be any other advantage to having an adjustable propeller?

*No, I don't know why you would want to mount a car transmission on an airplane. It's a hypothetical question. But now I have this picture in my head of a twin-engine plane with two gear shifts in the cockpit and two clutch pedals next to the rudder pedals.

It's not just the operating RPM that is pertinent. It's also the pitch of the blades.

If your propeller blades' pitch is optimized for takeoff/climb performance, it's going to be aerodynamically inefficient at high true airspeeds, like taking little tiny footsteps on a treadmill that's going really fast. (It works, but it wastes energy.)

The opposite is true as well. If you have a "cruise" prop on your airplane, it's going to perform poorly on takeoff when the airspeed is slow, like taking large strides on a treadmill that's just barely moving.

Next to the aerodynamic advantages (both engine and propeller can run at their optimum speed for best efficiency) already mentioned in the other answers, there is an important safety advantage: a variable pitch propeller can be feathered such that its drag after an engine failure is minimized. This is critical for many multi-engine aircraft in order to remain controllable after an engine failure.

On many variable pitch propellers, the blade pitch can be increased to the point that the chord line of the blade is approximately parallel to the on-coming airflow. This process is referred to as feathering.

The inflight feathering of the propeller, on an engine that has failed or has been intentionally shut down, greatly reduces the drag that would occur with the blade pitch in any other position. On a single engine aircraft such as a motor glider, feathering the propeller when the engine is shut down results in a significant increase in gliding distance. On a multi-engine aircraft, feathering the propeller of a failed engine results in both a reduction in drag and a reduction in adverse yaw vastly improving the engine-out handling characteristics and the engine-out flight performance of the aircraft.

See also: What does feathering mean and how does it work technically?

The comparison with a car's gearbox is unfortunate, and leads to misunderstandings...

At the small airspeeds typical of takeoff, the inflow at the rotor plane is small too, and the prop needs a small amount of pitch in order to produce a large amount of thrust at maximum engine revs, the blades working at the angle of attack for best L/D.

But, on cruising flight, there is an important inflow at the plane of the prop disk, that inflow reduces the angle of attack, and –under those conditions– the propeller can deliver enough thrust at maximum engine revs (i.e., with the blades working at the angle of attack for best L/D) only if the pitch is substantially higher than at takeoff...

That's the rationale of the adjustable prop...

Propellers get more effective the faster they spin. The limiting factor is the speed of the blade tip, which must remain subsonic. So a propeller of a given size will offer maximum thrust when its RPM gives a blade tip speed of around Mach 0.8.

Maximum thrust is needed especially for takeoff and for maximum speed. When the plane is stationary on the ground the prop spins wholly sideways, but when at speed it has to follow a much more angled spiral path through the oncoming air. These varying conditions can only be met by varying the blade pitch.

If the pitch angle is negative (reverse), then some meaningful amount of thrust is produced in the opposite direction than normal. This can be useful to improve stopping distance when landing, and even taxi in reverse. https://www.skybrary.aero/index.php/Reverse_Pitch#:~:text=When%20installed%2C%20reverse%20pitch%20is,of%20motion%20of%20the%20aircraft.

At somewhere around a pitch angle of zero, the net thrust becomes zero (forward or reverse). At this point the aerodynamic load on the prop is minimized. This removes unwanted thrust when we want to stand still on the runway, as well as minimizes fuel consumption during idle. 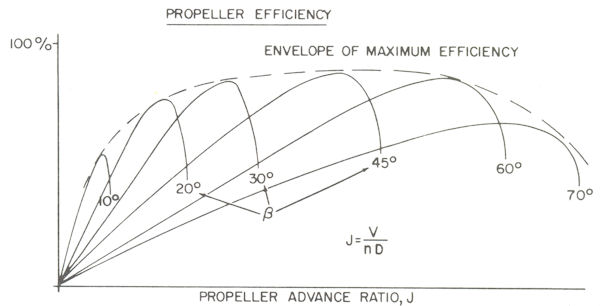 Running the blades at certain angles of attack is not as simple as it sounds, with different tangential speeds along the radius of the propeller, the freestream and tangential speeds will yield different flow angles (highest at the hub, least at the tip). To achieve the same angle of attack everywhere along the blade, we'll then need to twist the blade, but as we cannot change the twist in flight, we can optimize only for one flight condition, and be content with a compromise. 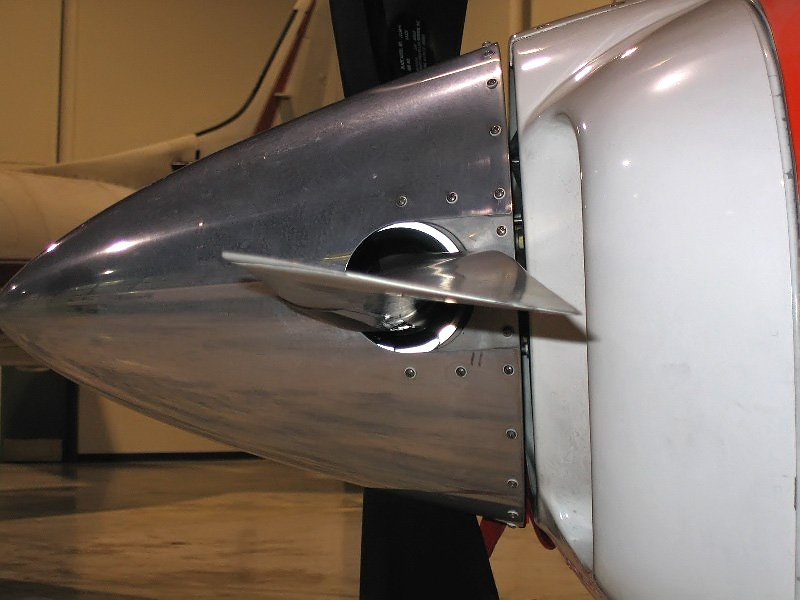 Propeller blade twist. Prop's feathered in this picture, prop turns counterclockwise from the pilot's perspective (this blade moves down).

Another aspect is related to the performance of the engine. Reciprocating (piston) engines only recently had electronic fuel injection systems, thus most aero engines are reliant on having a throttle that restricts airflow to the engine to adjust power. To run the engine at part-power with a throttle is quite inefficient, as the engine actively spends power to suck air through the throttle (This is why newer auto engines have variable valve timing and cylinder shut-off and whatnot, to adjust engine power without choking it). By running the engine at an RPM lower than where it produces maximum power, we can run the engine at a higher throttle setting (ideally full throttle) with the same power. 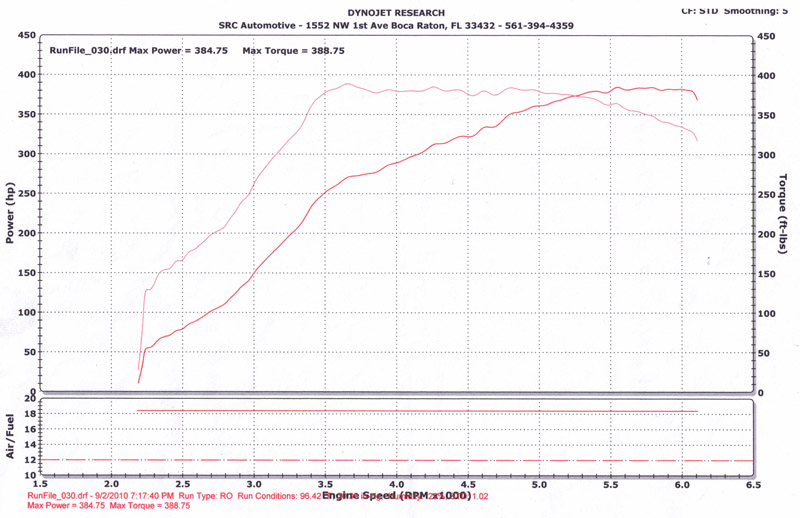 17
What does feathering mean and how does it work technically?