Do pilots of commercial aircraft have ready access to a map or data showing nearest airports in case of a need to make an emergency landing?

As a passenger I often wonder that if a pilot had to make an emergency landing, do they have access to live information to direct them to the nearest airport or is this something that they have to rely on from air-traffic controllers? I'm thinking that seconds could mean the difference between life and death and having information as such on-board could be a life saver, rather than rely on others to figure out where to go during a crisis.

Since you asked about commercial aircraft, I will answer for a modern airliner: The Boeing 777. The details will differ between aircraft models, but the general functionality should be available in every modern airliner.

With a modern airliner equipped with an EFIS (Electronic Flight Instrument System), there is no need to carry paper maps with possible diversion airports any more. Selecting a suitable alternate and navigating there can be done with the FMC (Flight Management Computer).

On the 777, the FMC has a page with alternate airports that are selected automatically from the navigation database, but can also be overridden by an uplink (where the airline dispatch sends suitable alternate airports to the aircraft) or manually (e.g. required for ETOPS flights with selected ETOPS alternates). This page looks something like this:

The list of four airports is shown in 1 and the estimated time of arrival (ETA) as well as the fuel at the diversion airport is shown in 4 and 5 respectively. 2 allows a request of alternate airports from the airlines dispatch via ACARS. In order to divert to one of these airports, you select the respective line from 1 and the press DIVERT NOW (9). This will set up the flight plan with a direct line towards the selected airport.

ALTN page 1/2 data aids the flight crew in finding a suitable alternate airport. The page displays up to four airports in ETA sequence. Each airport on the list has an XXXX ALTN page with more data. [...]

These four diversion airports can also be displayed on the Navigation Display (ND): 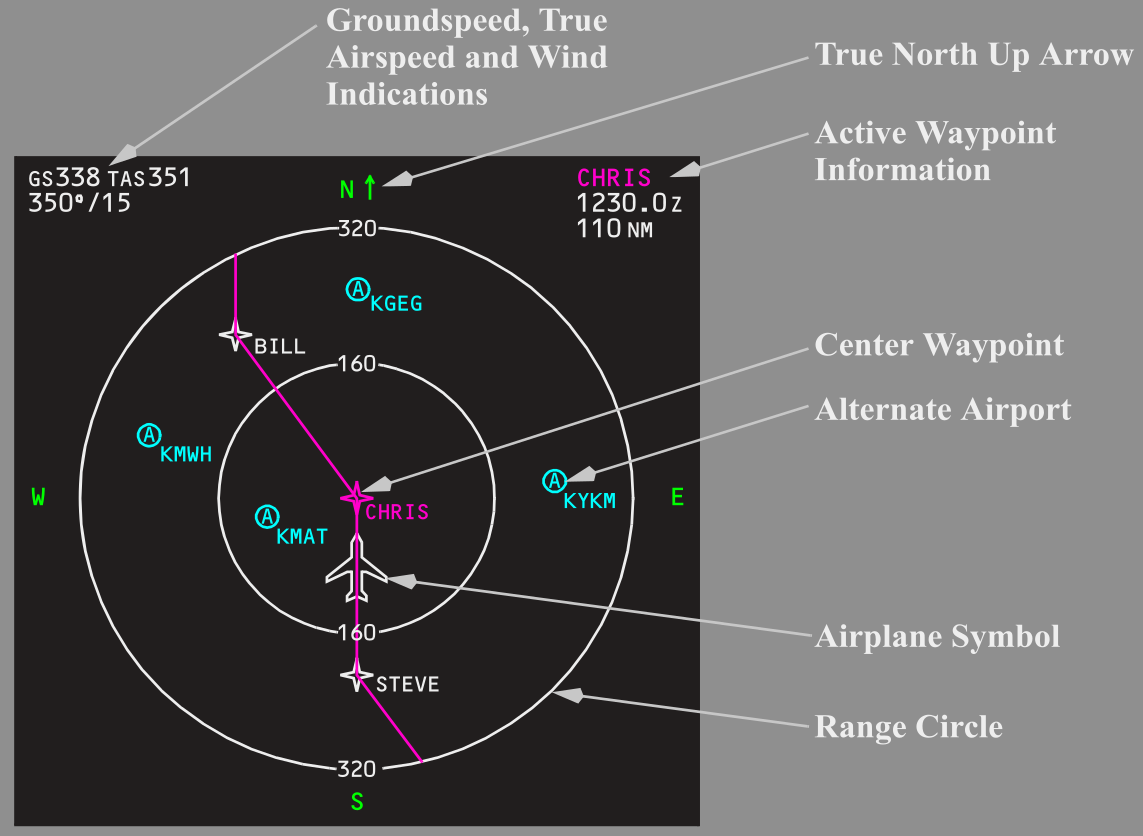 This is particularly helpful if adverse weather is in the area (e.g. thunderstorms) because the weather radar would depict areas with large amounts of precipitation on the ND as well. Should an alternate diversion airport be out of display range, it will be shown like this:

Offscale airports (those beyond 640NM with 640 scale selected), directional arrow relative to the airplane position or PLAN center point and distance (distance remove in PLAN).

All of this allows a fast decision for an alternate diversion airport. Nonetheless, communication with ATC (Air Traffic Control) is of course essential in an emergency and ATC will assist in finding a suitable diversion airport if necessary. I don't quite agree with

I'm thinking that seconds could mean the difference between life and death [...].

If you only have seconds to make such a decision, it means you are at very low altitude, meaning either just after takeoff from your departure airport or already very close to your destination airport. In this case, the usual choice in case of an emergency is to return to the departure airport or continue to the destination. There are exceptions of course, like e.g. a takeoff alternate:

In this case the takeoff alternate would however be chosen before even departing, so no quick decision is necessary.

Generally, yes. The FMS will have a database, updated every few weeks, that contains all possible navigational data that one might need within the selected region(s). This is needed so that pilots are able to enter any possible route they might need, including ATC rerouting them or diverting to other airports due to weather or emergencies.

I don’t know airliner FMSes in particular, but even GA planes have a single button that will show you all the nearest airports and key data like runway lengths, and you can select and start navigating directly to any of them in one or two clicks specifically to address the exact scenario you mention.

There are even apps for phones and tablets with the same capabilities; they aren’t legal for IFR navigation, but VFR pilots use them for that every day, and IFR pilots do use them for other reasons or at least have them in their bag as an emergency backup.

Since these databases are large and rather expensive, you don’t load data that clearly isn’t needed. For instance, a US domestic carrier would still load the Canadian regions since they might overfly it between US cities, but they wouldn’t load regions on other continents since their planes couldn’t get there anyway. And GA pilots might only load the region they live in.

Maps and charts are always available in all aircraft flying for scheduled commercial carriers. They used to be in the big leather flight cases that pilots used to drag through the airports. General Aviation aircraft are not required to have maps and charts for VFR flight. But, it is highly recommended. Regardless, each pilot in command, before beginning a flight, is required to become familiar with all available information concerning that flight. This may include emergency landing options and alternate airports. Technology has made it a lot easier to have charts and maps available as well as having all information concerning each flight.

In a “glass panel” aircraft, maps and charts are loaded into the aircraft’s onboard navigation system. These maps and charts can be geo-referenced to provide a moving map showing the aircraft’s location based on GPS. In addition, pilots can now use apps loaded on their tablets with the capability of storing maps and charts of the entire world. Although, just the US would take anywhere from 30-50 gigs including the app software itself.

In an emergency where landing at an airport is an option the nearest airport can be found fairly quickly. Most glass panels and tablets have a nearest function that will direct the pilots to airports fitting preselected parameters. These parameters are usually based on airports able to accommodate the aircraft based on runway dimensions, available instrument approaches, etc. For reference, the nearest functions of the Garmin G1000 are shown below. One of which is activated by the push of one button on the Primary Flight Display.

Luckily, the higher the aircraft is flying, the further it can glide to a suitable airport for landing. This may take a surprisingly long time from over 30,000 feet. If the aircraft is in an uncontrolled and rapid descent, it may be pointless to attempt a landing at an airport no matter how near it is.

One such flight that landed successfully was Air Transat Flight 236 that glided without power for 75 miles in almost 20 minutes. 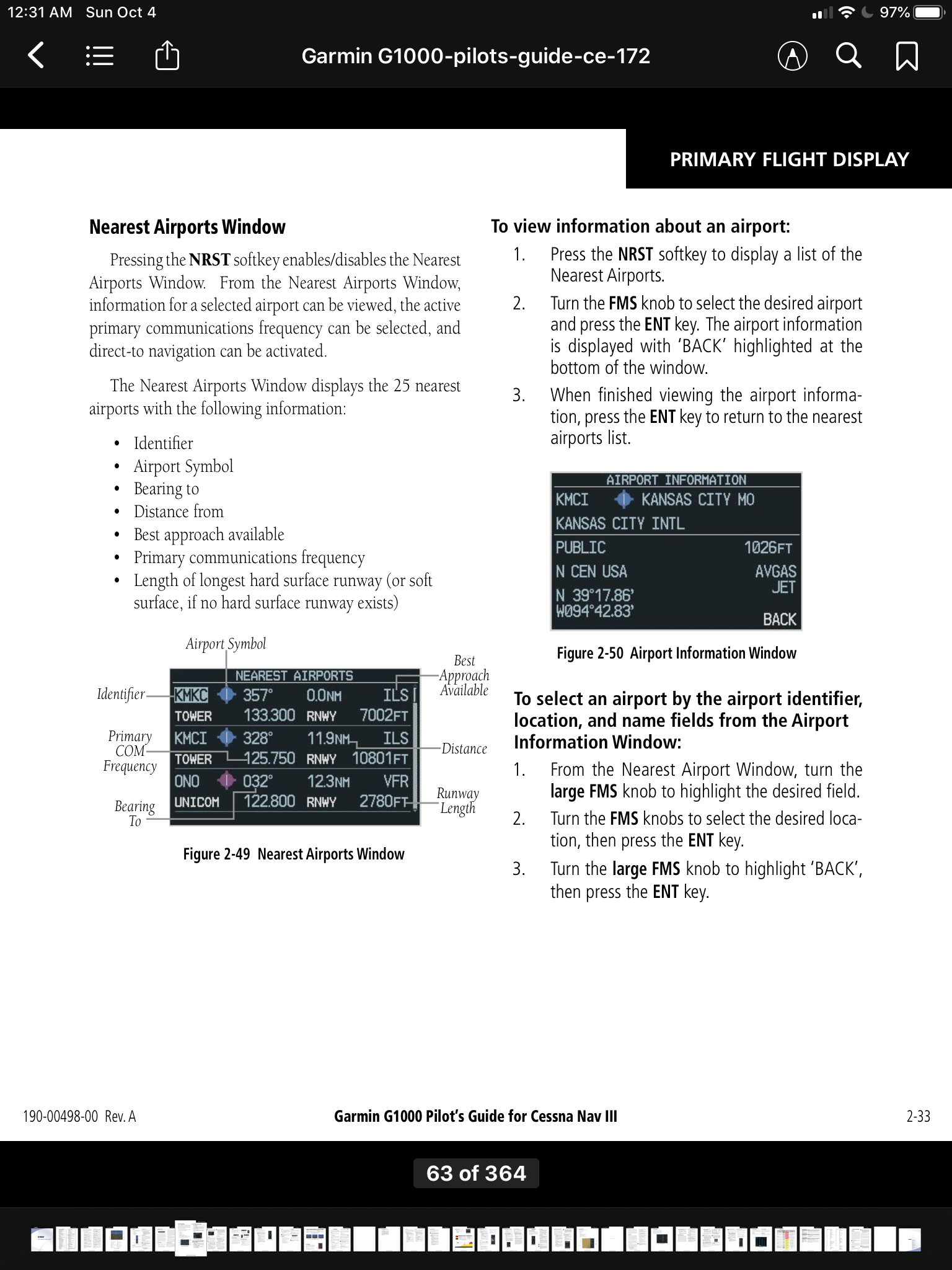 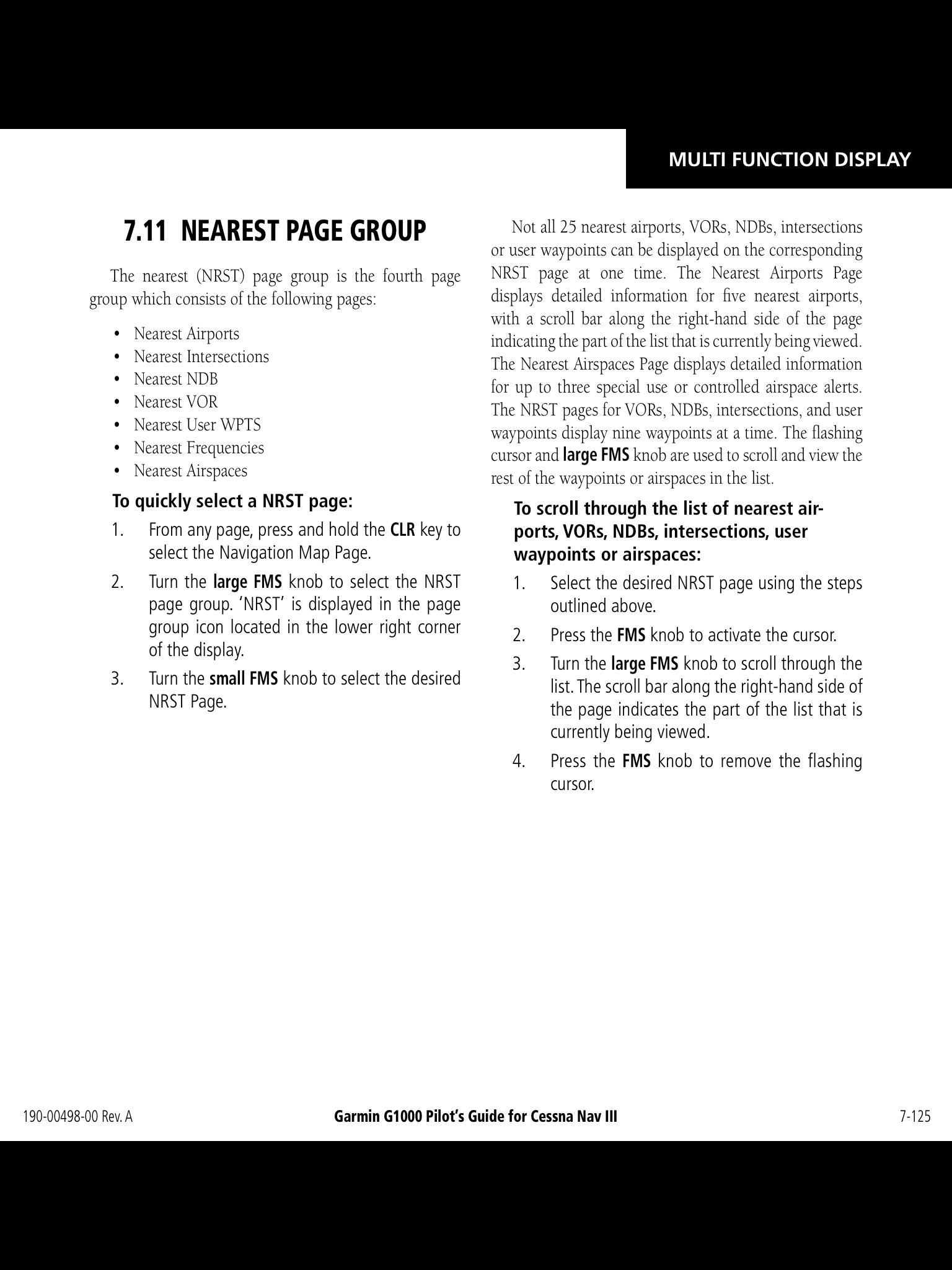 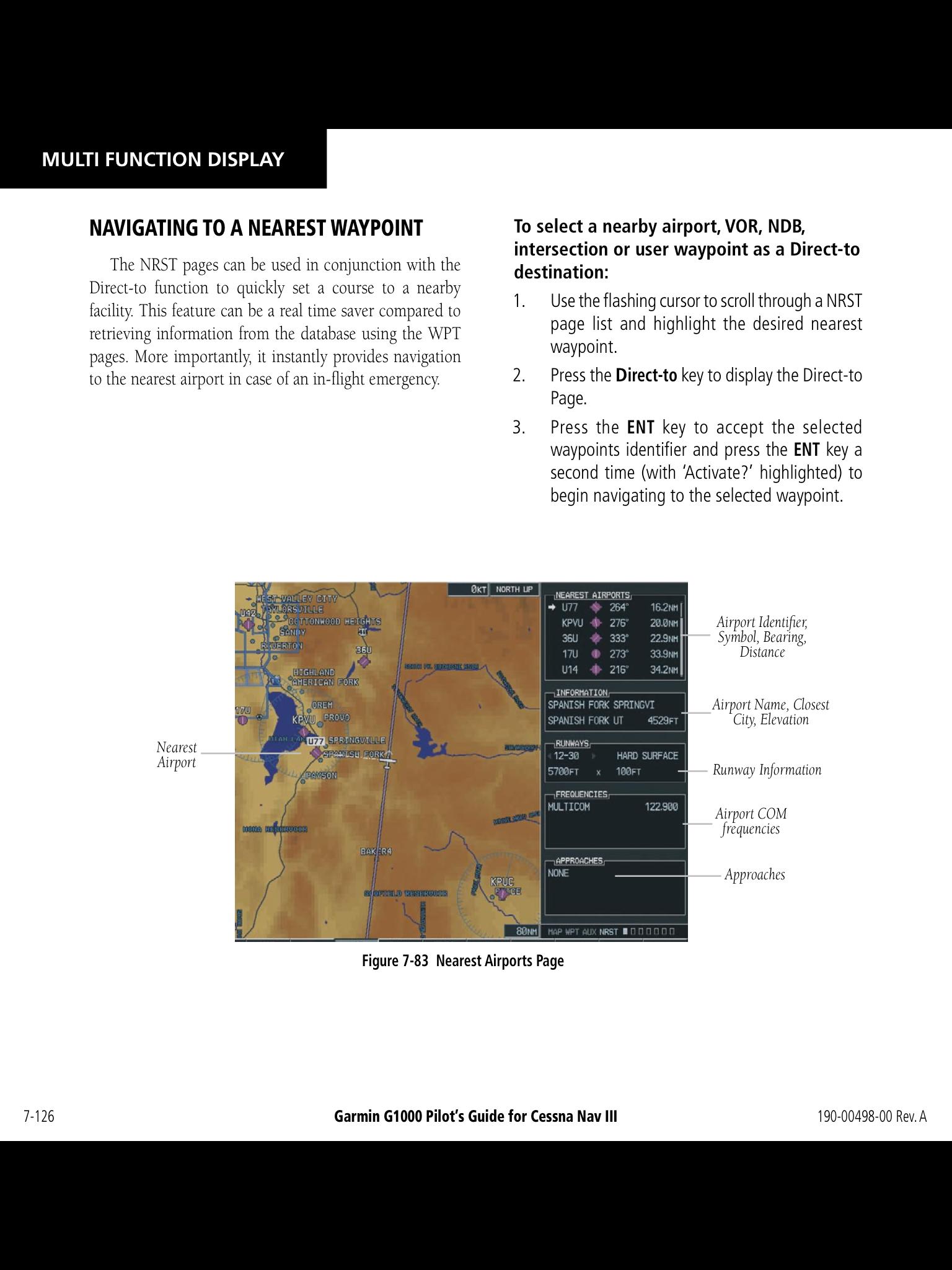 Not the answer you're looking for? Browse other questions tagged safety airline-operations emergency-procedures or ask your own question.