Is it possible for the Boeing 737NG to do a powerback?

I'm curious, in a non-normal situation, where it's not possible to use a pushback tug, would it be POSSIBLE to perform a powerback on the 737NG, assuming the area was reasonably clear of FOD?

Possible? Yes! But not recommended.

There is nothing technical that would stop you from doing it. Thrust Reversers can be selected any time on the ground and there is enough thrust available to move the aircraft backwards. It is also not technically prohibited to do so:

There is nothing mentioned here that would prohibit the use of thrust reversers to back the aircraft. For comparison, on the Boeing 747 it is prohibited:

Boeing does however not recommend using it on the 737 NG:

Backing with reverse thrust is not recommended.

That is all the training manual has to say about it.

When I flew the B737-200, we were trained in powerbacks, with SOPs set out, but it was to be used only as a last resort. I did only two during my time on the B737. On both occasions, we arrived in the US in a gravel equipped B737 that had a different nose wheel and their tow-bar would not fit.

It is also still being done in Boeing 757s: 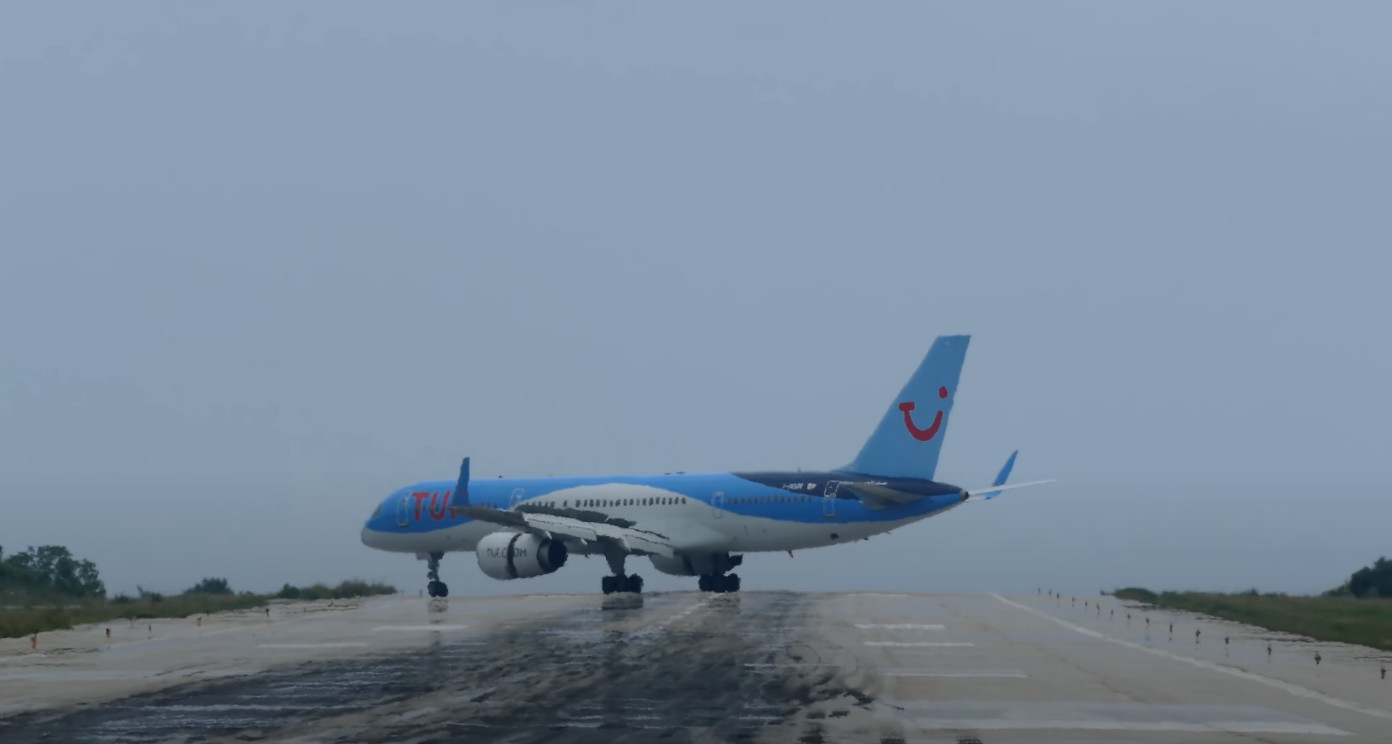 "Possible" as in, "last flight out of Saigon, we'll try anything because the alternative is worse," maybe. But Boeing doesn't publish any procedure for it, as far as I've ever seen, and they generally take a very dim view of using T/R's at low speed. It isn't in any published non-normal procedures.

I've also heard, anecdotally, of one crew that tried it with a 737-200 freighter, who got a dramatic compressor stall (and a serious chewing-out later) out of the deal.

Short of mortars falling on the airfield, I doubt I'd consider operating that far outside published guidance.

Not the answer you're looking for? Browse other questions tagged boeing-737 thrust-reverser foreign-object-damage powerback or ask your own question.

16
Is it possible to do a barrel roll in a large aircraft like a B737?
11
Is a powerback allowed by airlines as a safe maneuver?
5
Does the weather condition of the runway affect the braking of an aircraft with regards to wheel braking and reverse thrust?
11
Why did this 737 not take off on first attempt?
19
What makes it safe for the DC-8 to use reverse thrust in flight?
6
Why does the 737 auto-land trim up at around 400 feet RA?
24
Left hand seat, is it so important?
3
On the 737 MAX, can the pilots switch to the backup MCAS, or switch active MCAS input to another AoA probe during flight?