How is fuel dumped in aircraft?

I have heard incidents in which commercial aircraft are required to dump fuel in event of an emergency to avoid landing over maximum landing weight. What systems do aircraft have in place to dump fuel? How is a fuel dump initiated from the cockpit?

Commercial aircraft have fuel dump nozzles located under the wings for dumping fuel. Fuel is gravity jettisoned from the tanks located in the wings and the fuselage. Large commercial aircraft such as the 747 can dump upto 6000 lbs of fuel per minute with all fuel jettison pumps open. 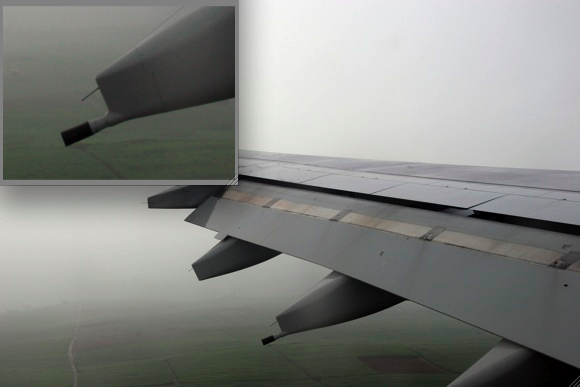 Interestingly, the fuel dump nozzles are in different places on different aircraft:

On the 747, the nozzles seem to be located near the wingtips: 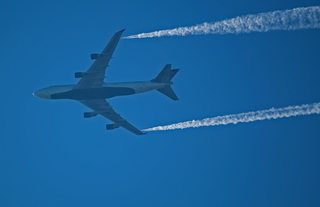 Whereas on the A380, the nozzles seem to be much closer to the fuselage: 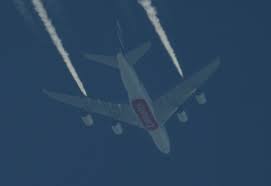 It is triggered by activating the FUEL JETTISON switches in the cockpit on the overhead panel. Below is a picture of the same in an Airbus A380-800. Both the ARM and ACTIVE switches must be pressed to start a fuel dump. 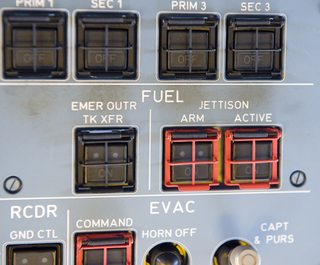 You may download the fuel system description for a B747-400 here. (wait for the 20s countdown to complete).

This is a part of the "747 Flight Crew Operations Manual".

Here are the basic information for the fuel jettison operations.

The overhead panel (which is above the head of the crew) has some controls: 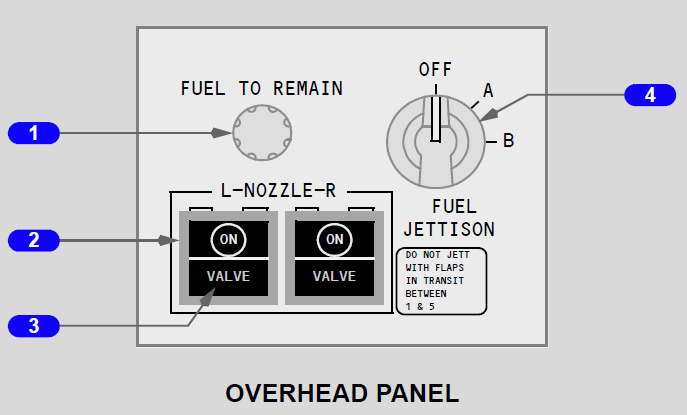 1: Allows to select the quantity of fuel to remain in the tank (jettison is used primarily if the aircraft must be landed shortly after takeoff, not much fuel has been burnt, and the maximum weight allowed (or desired) for landing is not yet attained).

2,3: The button to activate jettison, left and right nozzles, and their lights.

4: The selector to arm the jettison system.

One of the information screen (EICAS) will display the quantity to remain:

The can also sees the status of the fuel tanks on the other EICAS screen: 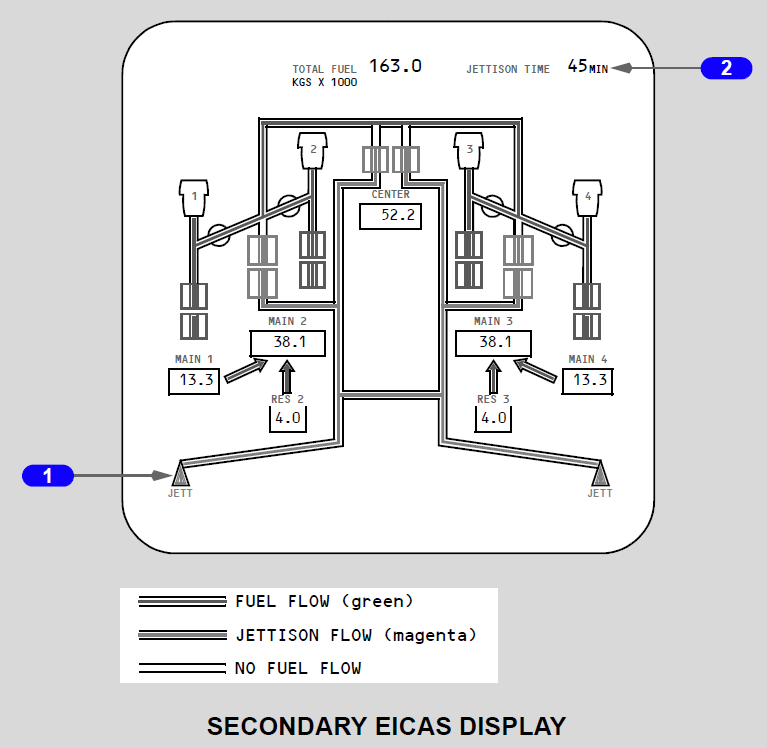 1: This is a jettison nozzle.

2: The time required for the jettison operation (based on actual fuel flow).

(depends on the aircraft model, the documentation shows different models). 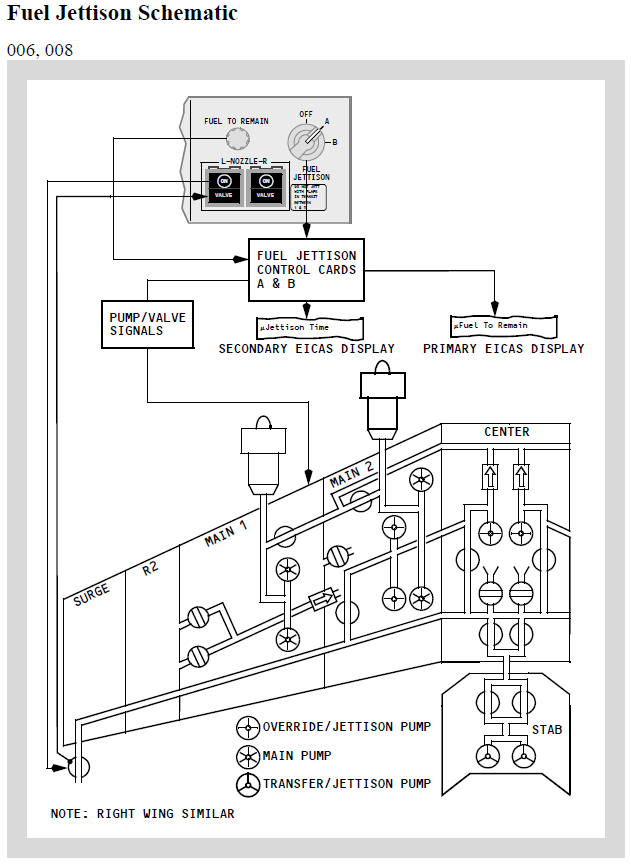 You can see pumps and valves (pairs of blank half discs)

The fuel jettison system allows jettison from all fuel tanks. Override/jettison pumps in main tanks 2 and 3 and the center wing tank pump fuel overboard through the jettison nozzle valves.

Pushing either fuel jettison nozzle valve switch ON activates all override/jettison and transfer/jettison pumps in the tanks containing fuel (pump switches must be ON) and opens the required jettison and transfer/jettison valves. The related jettison nozzle valve also opens. The jettison time is initially estimated using preprogrammed rates. The system begins updating the estimate based on actual fuel quantity rate of change ninety seconds after jettison begins.

Jettison terminates when total fuel quantity decreases to the fuel to remain quantity. The fuel to remain quantity indication changes color from magenta to white and flashes for five seconds. The jettison control system deactivates all operating override/jettison and transfer/jettison pumps. The related FUEL OVRD pump EICAS messages display until the Fuel Jettison selector is OFF.

Now see what it looks like from the cabin

, when all this expensive fuel is evaporated in flight (YouTube video). 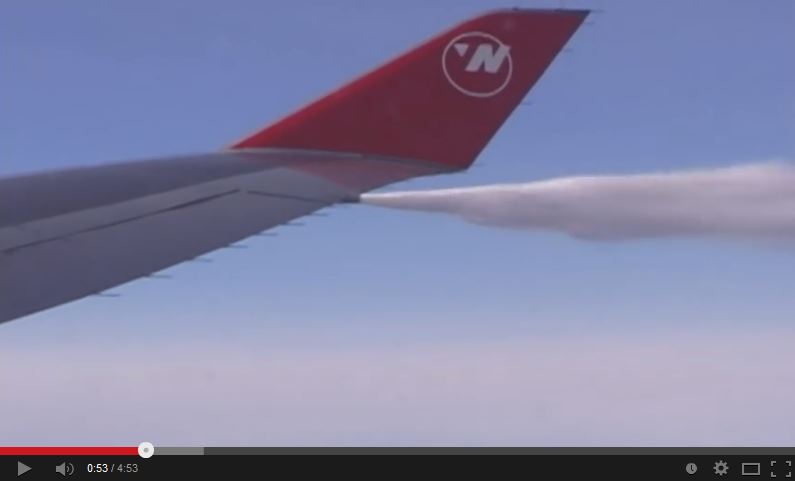 Not the answer you're looking for? Browse other questions tagged safety emergency aircraft-systems fuel-dumping or ask your own question.

44
When are aircraft required to dump fuel for emergency landings?
40
How is fuel dumping safe?
15
What are the concerns and consequences of an overweight landing?
6
What is this tube-like thing protruding from under an A330's wing?
4
In an emergency situation just after take off, is fuel dumping useful?

44
When are aircraft required to dump fuel for emergency landings?
40
How is fuel dumping safe?
15
How often does fuel dumping from planes in flight actually occur?
22
Why doesn't the 737 have a fuel dump nozzle?
23
Do helicopters ever dump fuel before landing?
6
What factors determine where an aircraft can dump fuel?
27
What are the ways to burn fuel faster in case of emergency without fuel dumping system?
11
Can small airplanes dump fuel during flight?
1
How much fuel gets dumped and why?
30
Why didn't Philippine Airlines Flight 113 dump fuel prior to forced landing?