Why don't the magnetic compass and direction indicator spin the same direction?

You set a direction indicator (DI) based on the magnetic compass in certain GA aircraft, e.g. Cessna 172. During training you're taught how to align the DI with the compass, the DI being the opposite side to the compass. Why haven't they been designed in a way to make them visually match to make it easier to set the DI?

This illustrates what I mean:

I think I understand your question, and I know what you mean - it's something I have to sometimes think about when setting the DI.

However, I think your premise is slightly flawed. The issue isn't "compass vs DI", it's the difference between viewing a compass from the top down, vs head on.

If you look at a magnetic compass compass which can be used both ways (Such as this one you'll see that sideways on, it looks the same as the aircraft compass as in it increments right to left. But from the top, it's identical to any DI and increments clockwise - however, it reads "upside down" compared to a normal top-down map reading compass.

I'm not even sure if this would work, but I think what you're asking is for the DI to be upside down. This would go against most concepts that "up" is equal to forward.

In ye olden tymes, as in the 1950s, DGs had a rotating drum presentation the same as the wet compass because the graduated drum was part of the gyro itself and rotated with it, like a compass does. When I learned to fly in the 70s about half of the airplanes I'd encounter had an old drum DG. 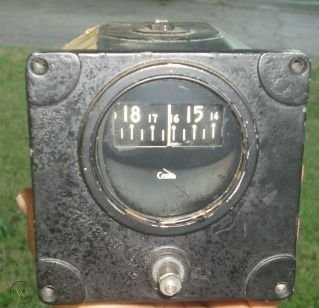 It takes a bit of mental effort to orient yourself, but really, when you set the DG you just have to be able to interpret the static position of the wet compass card and flip the progression of the numbers in your mind when figuring out what heading it shows. It's not like you have to track a wet compass card's movement while in a turn the way you do with a DG (turns on compass alone have to be timed).

If this is a big enough problem, vertical card compass units are pretty common now, so the compass presentation is the same as the DG's, just like in the good old days, but easier to follow. 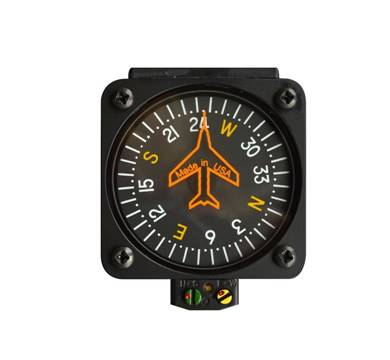 Both Dan and John are right. This exact thing has confused me, too. Especially when using the track (heading) indicator or VOR on a Garmin G430 Which looks similarly to the old school drum style Directional Gyro that John K describes, but turns in the direction you would intuitively expect. That is because there is a difference in the way that a vertical compass card works and is read versus the way an old school aviation compass works and is read. And, I call them old school even though I have seen them in brand new Piper Archer IIIs and relatively new[ish] Cessna 172SPs.

Vertical compass cards work using flux gates that can align themselves with North regardless of compass orientation. Old school aviation compasses like float or whiskey compasses work using a North-seeking magnetic bar or needle. This needle embedded in the body of the float. When viewed from the top, the North-seeking end of the needle is furthest away from you when you are facing North. But, if you can only view the float from the side, which is the case for a float compass, you can only see the side closest to you. Everything is reversed in the case of a float compass.

Try this. Take a can, a cup, a lid, or some type of cylindrical surface. Draw a compass rose on its top. Orient the compass rose to your local Magnetic North. Now, position the Cylinder so that it is between you an the magnetic North Pole while maintaining its Magnetic North orientation. This means you are also facing North. This will require you to put the cylinder in a position where it does not move. With the cylinder at eye level, and positioned between you and the North Pole, write the letter “N” on the side closest to you. Now, walk around the stationary cylinder until it is East of you. This means that you are a West if it. Yet, you are facing East. Write the letter “E” on the side closest to you. Do the same for West and South.

You will quickly see that, while the float compass is moving in the correct manner to keep it aligned with Magnetic North, your perspective on its movement is reversed. A CFI once told me, “Whiskey compasses are like women. If you want one to come to you, run in the opposite direction.”

Not the answer you're looking for? Browse other questions tagged navigation magnetic-compass or ask your own question.

3
How should I interpret the difference in flight direction (azimuth) for great circle and rhumb line?
13
OBI, RMI, HSI... What combination do GA aircraft w/o glass typically have?
3
Why was brown chosen to represent the ground side of an attitude indicator?
12
What are the differences between an OBS, a CDI, a Heading indicator, and an HSI?
2
Are magnetic compass acceleration errors due to the southern side of the compass being weighted?
3
When resetting the heading indicator to match the magnetic compass, do I need to use the compass deviation card?
0
Is the turning error of a magnetic compass greatest when tuning through South in the Southern Hemisphere?
5
Why are the MSA direction needles not oriented to north?
0
Why are there no magnetic compass errors during skidding turns?