What factors determine magnitude and orientation of induced velocity at propeller blade?

If we take analogy with induced velocity at wing,isnt "Vind" must be prependicular to Vr?

I notice that blade theory very rearly use Vind into consideration.For example effective pitch and advance ratio not include Vind, pretend like blade is "ideal".

Is Vind very small compare to V and Vt,so this is reason why it is neglect in most cases? 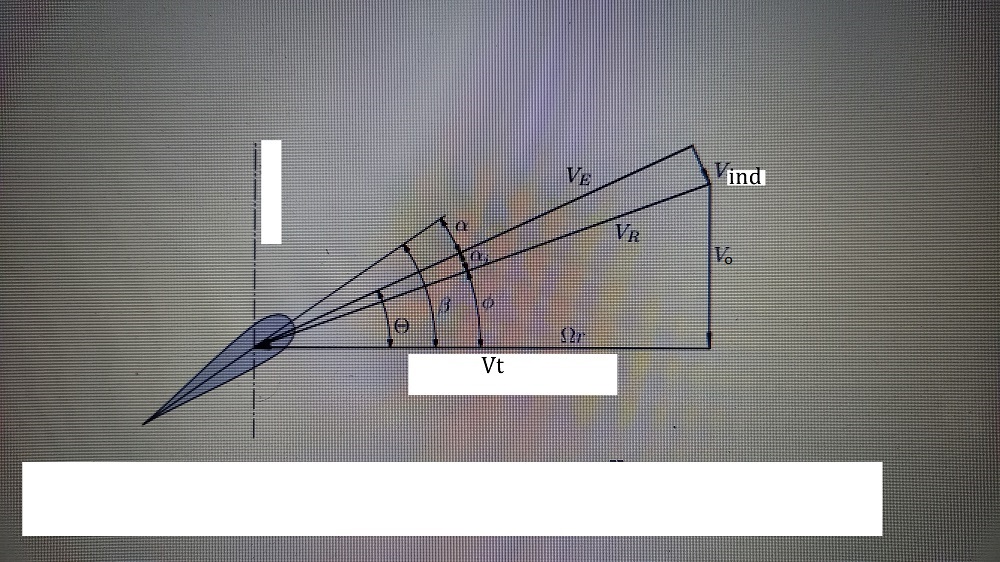 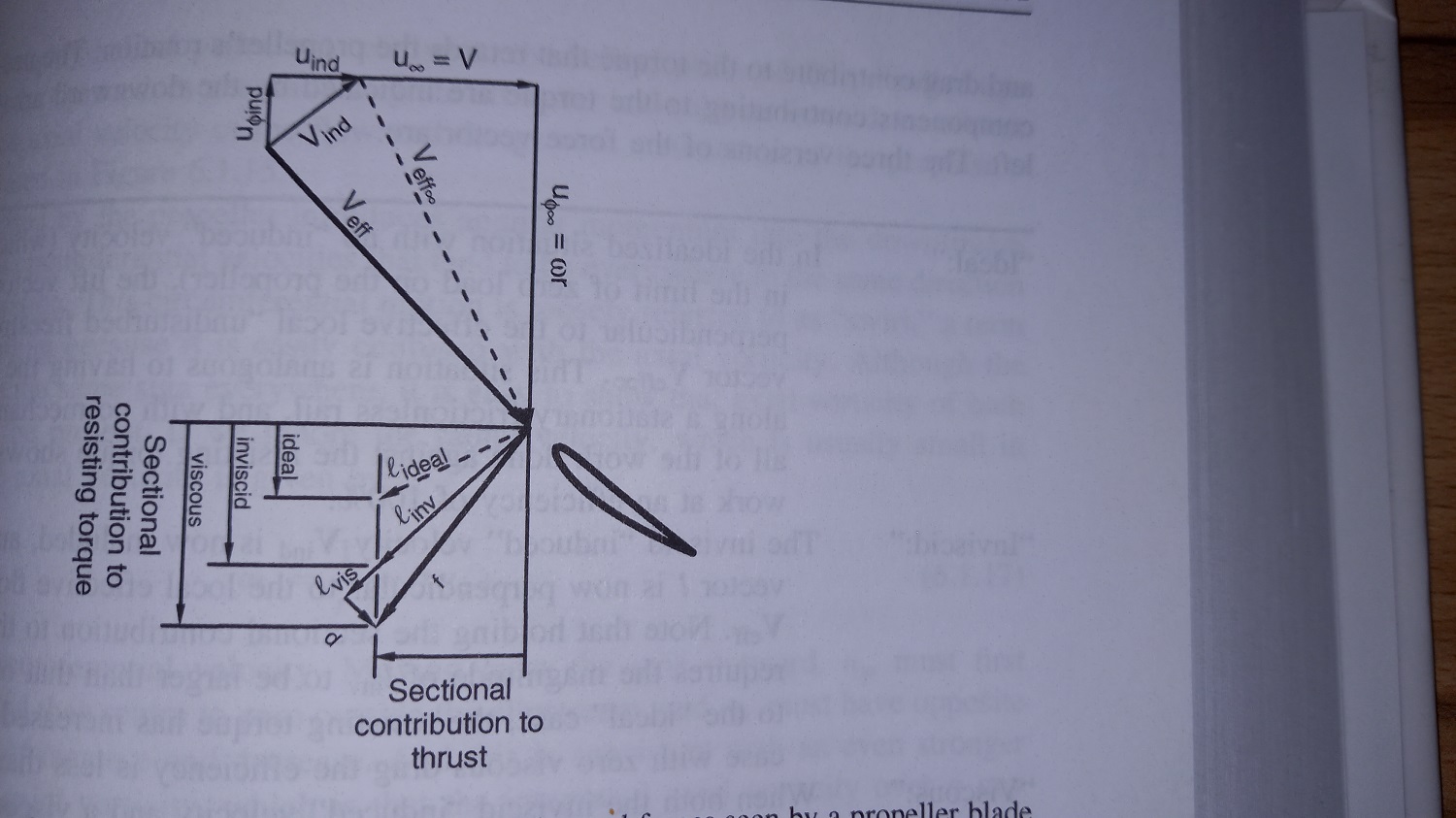 Using Momentum theory (the french version known as Froude theory is much more detailed) and under several restricting assumption, we can find a relation between thrust ($T$), radius of the propeller ($S=\pi R^2$), flight speed ($V_0$) and induced velocity ($v_i$). 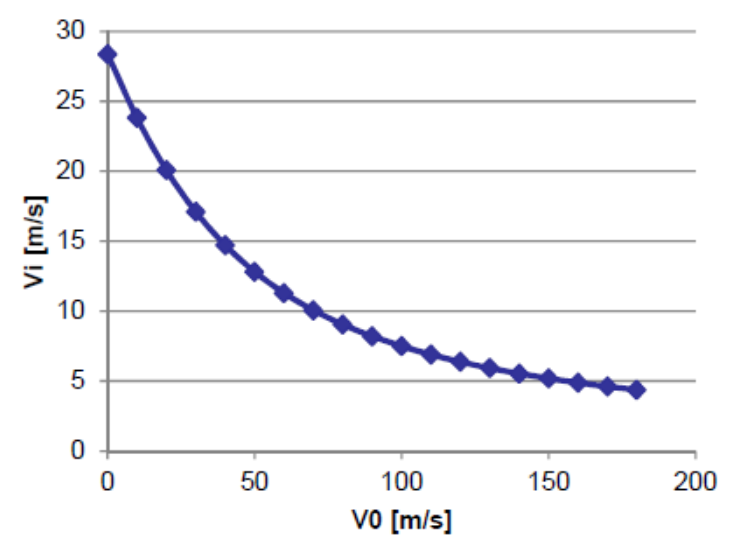 On the other hand if you want to calculate the thrust available at takeoff you need to take the induced velocity into account as it will greatly decrease your propeller efficiency.

As for the orientation of the induced velocity, it has two component axial ($Uind$) and rotational ($U\phi ind$) velocity that are created by the propeller as clearly shown in your second picture. Therefore it is not exactly parallel to $V_0$. The rotational component is a direct energy loss and is therefore minimized during design phases. In the Froude theory there is an assumption saying it is equals to 0.

13
What are the operational differences between an airplane equipped with a constant speed propeller and one with a fixed pitch propeller?
4
What factors determine the direction of the resultant force vector?
3
What are the factors that determine the speed flutter appears on wings?
3
Does shrouding a propeller minimize induced drag by equalizing the downwash velocity along its blades?
4
On a constant speed propeller, how is blade pitch related to airspeed and efficiency?
5
Is alpha induced angle real on 3D wing or just math concept?
1
For a same propeller solidity, what are the tradeoffs between blade activity factor and blade number?