What exactly does “Commander” mean? Synonym of First Officer?

I know that in the navies of the Commonwealth and US, three full stripes (like those worn by FOs) denote Commander, 4 Captain. "Because Pan Am operated flying boats, the company decided to step away from the WWI military pilot look and dress its line pilots in an outfit closely resembling naval officer uniforms."

Why exactly does Cathay Pacific call their Relief Pilots Commanders? Do any other airlines do this? Does Commander merely synonymize Senior First Officer?

Two crew – one of whom must be a relief commander or another Captain – occupy the flying seats while other crew rest, usually splitting the rest period equally. 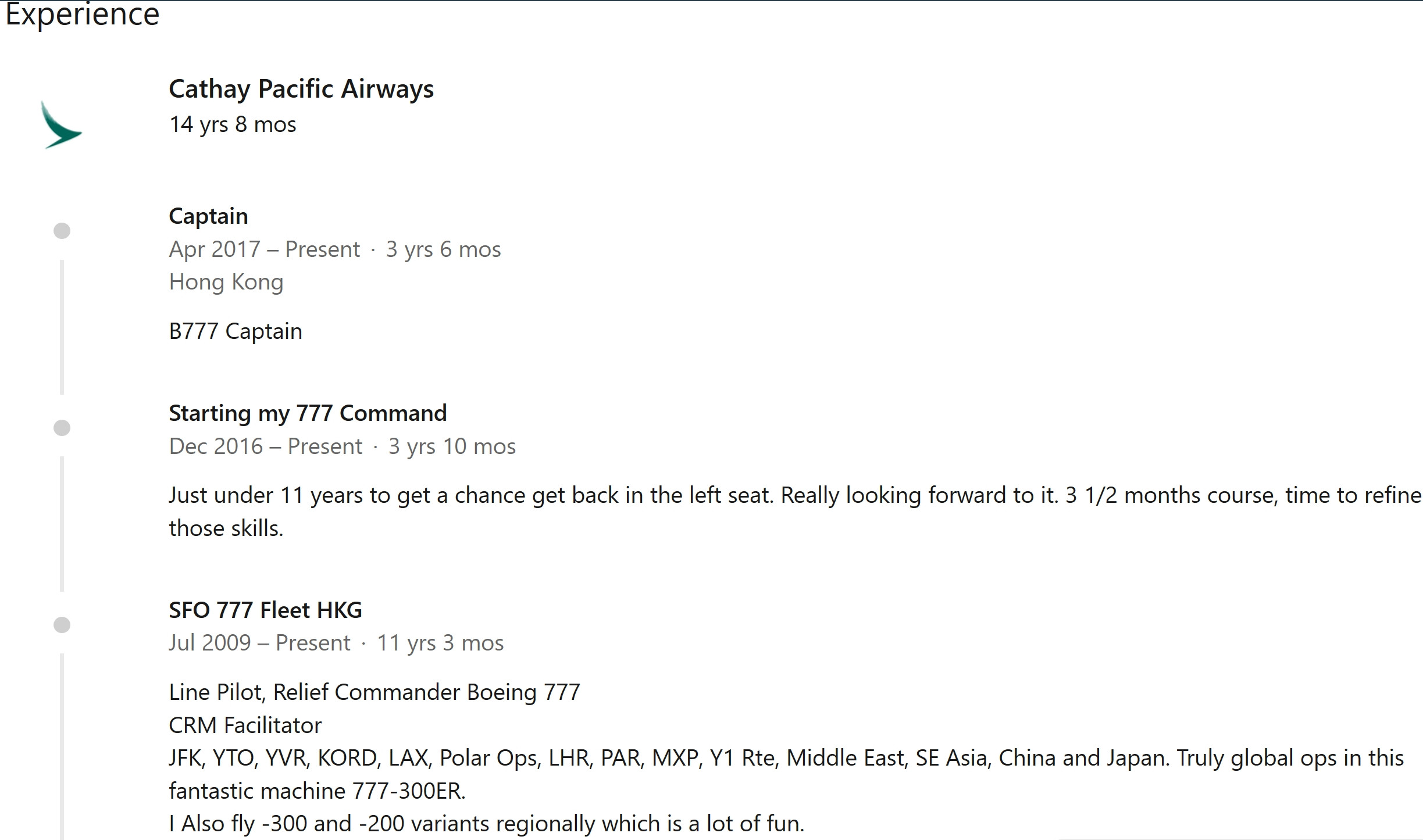 You can hear "Relief Commander" blazoned at 5:35, but Capt. Anthony Peterso?e?n's voice is too muffled. The first Relief Commander is Thomas TaTower? Second Relief CDR is Steve ZaHower?

I know nothing about Cathay Pacific ranks/titles, but the plain words seem pretty logical.

The Captain, as Pilot In Command, is legally responsible for the entire flight. But who is actually in command while the Captain is required to be resting on long flights?

You don’t want the two most senior pilots resting at the same time; it would be unsafe to put a junior pilot in command for half the flight. So, you designate the second most senior pilot, who is still technically a First Officer, to be in command while the Captain is resting.

Though you have read the situation quite well, Commander is not- a synonym for First Officer. More and more, the term 'Commander' indicates top-honcho.

Very loosely - In the USA, 'Captain' seems to irrefutably be the guy in-charge, whereas in many other parts of the world the 'Commander' answers to that description and the overall trend seems to be in that direction.

So, in today's world,'Commander' indicates the person in-charge of a particular flight, legally, the PIC, Pilot In Command. Definitions may vary, but the FAA definition is quite representative:

On flights with augmented or multiple crew sets for longhaul and ultra-longhaul flights it becomes necessary to formally designate who is in-charge in the cockpit when the PIC of the flight is resting.

The following assumes a 2 pilot cockpit requirement and there are 2 ways this could be achieved:

On multiple crew flights, eg a 4 person crew, it is typical to have 2 complete sets - 2 PIC + 2 FO, though there could be variations on this depending on regulations.

Nomenclature varies, Cruise/Relief/Second/Captain/Commander/Pilot and in many large, typically 'legacy' carriers this can serve as a sop for high-time FO's, recognizing their experience and competence, while they wait their turn for a decade or more in the Command seniority list. Qualifying could also have financial benefits. I've been there, just under 10 years to commence PIC training, after flying 2500 hours as a PIC with another airline operator on a turbo-prop.

Not the answer you're looking for? Browse other questions tagged airline-pilot or ask your own question.

6
What makes someone a 'Senior First Officer'?

10
Who has the authority between captain and first officer in emergencies?
20
What work besides flying planes does an airline pilot regularly do?
6
What makes someone a 'Senior First Officer'?
17
What does the “blue” callout mean in the cockpit of an Airbus?
22
What exactly do “captain”, “pilot”, “co-pilot” and “first officer” mean?