Why is engine No.2 started first, instead of No.1?

I realized that some Boeing manuals recommend that the engine number 2 must be started first, is there any special reason for this?

Engine number 2 is started first because it's on the opposite side of the air bridge. When starting with external air or power it is normal to start Engine number 1 because it is further away from the carts.

Engine 2 is normally started first. It powers the yellow hydraulic system, which pressurizes the parking brake

Looking at the electrical schematic that Boeing provides, we see that Transformer-Rectifier (TR) 3 is powered from the R/H AC Bus. TR 3 is an important TR from which significant avionics are powered. Ergo, you would want to have this TR powered up and running first in case you lose AC power to the aircraft during start.

Because most people are right handed.

Let me expand a bit on that:

Our story begins in ancient times, long before aviation took off.

Early boats were steered with a steering oar attached to the side of the boat. You can see one in the following tapestry: 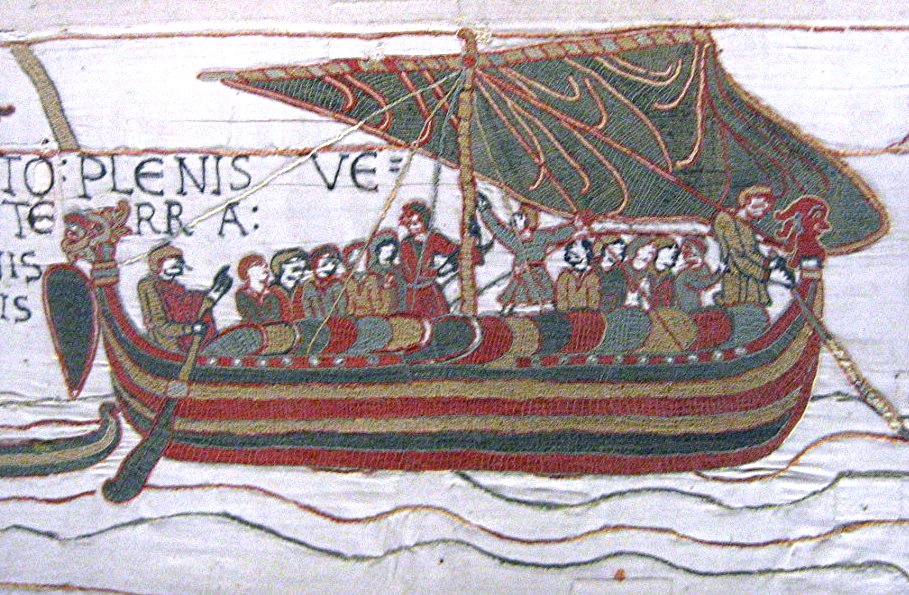 Modern ships use rudders on the centreline of the ship, so they can dock from both sides. The terms port and starboard are however still used today.

What does all of this have to do with aviation? Enter the flying boat: 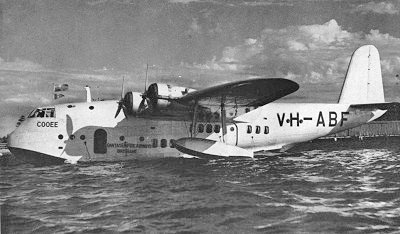 In the beginning of aviation, most passenger aircraft were flying boats because very few airports existed at the time, particularly ones with long enough runways for larger and larger aircraft. Flying boats could just land on a river, a large enough lake or the sea. This is also the reason for why we are using many nautical terms in aviation (like e.g. nautical miles for distances) and why pilot uniforms look like Navy uniforms rather than Air Force uniforms (see also What's the reason for pilots wearing uniforms?).

How did these flying boats dock when they arrived at a port? Of course with the port side towards the port. That is why passengers had to board the aircraft from the left side. This tradition lives on until today (see also Why do passenger embark on the left side of an aircraft?).

Before Auxiliary Power Units (APUs) existed, you had start a main engine to get electrical power (without draining the battery) and air conditioning. Since the passengers were boarding on the left side, you had to start a right engine first. Once all passengers were on board and the doors were closed, the left engines were started as well.

Today, most (maybe all) passenger airliners have an APU to power the aircraft (and start the engines). They can also be powered by other means at the gate (see What powers an aircraft prior to the APU being switched on?). This means one could start either engine first today. Yet, it is still common to start the right engine first, e.g. the Boeing 737 FCOM, Normal Procedures, Engine Start Procedure says:

So why do we still care? In part, due to tradition. But there are some reasons to start the right engine first:

In the end, it really does not matter any more today. Any Boeing could safely start either engine first. As a matter of fact, sometimes the pushback crew actually asks to start the inboard engine first when turning the aircraft during pushback because they will have to overcome less torque that way.

The tradition to start right engines first only exists for wing mounted engines. Aircraft with tail mounted engines typically start the engines from left to right. That is why the APU typically uses fuel from the right wing tank for these aircraft (e.g. MD-80, Boeing 717).

Not the answer you're looking for? Browse other questions tagged jet-engine engine-starting or ask your own question.

72
Why are fuel tanks in the wings filled first, and why are they used last?
32
Why do passenger embark on the left side of an aircraft?
30
What's the reason for pilots wearing uniforms?
14
What powers an aircraft prior to the APU being switched on?
9
How are engines numbered?
4
Which engines do airliners start first?
1
Does the order in which engines in commercial airliners are turned on matter?

14
What defines a cycle on a jet engine?
12
How do you start a jet engine if the start valve is stuck closed?
22
How are APUs started?
11
Is starting a jet engine without ground support possible?
9
How is bleed air used to start a jet engine?
2
What was the first production jet engine to use a semiconductor based control system?
12
Why must some aircraft get permission to start their engines?
10
Which commercial aircraft can perform a parallel engine start?
6
Turbofan engine start - Why does ignition occur so early?