How high can a ramjet go?

Yesterday, there was an off-topic question on Space.SE, asking if a ramjet-missile could place itself in orbit. Impossible for a ramjet, obviously, as it requires a high speed flow of air and is too slow to reach orbital velocity.

However, this got me thinking about a ramjets altitude limitations:

How high could a ramjet-powered aircraft or missile possibly go? And how does the speed the jet is traveling at effect the highest possible altitude?

Here's a quick estimate for this.

The maximum altitude for level flight is when the engine can't produce the thrust required to fly fast enough to generate the lift required to balance the weight.

Lift is proportional to speed squared and air density. So doubling the speed allows the plane to fly in air that is a quarter of the density.

The equations for calculating air density with altitude are moderately complex but there are a couple of tables here that show that the density at 32km is about eight times less than at 20km.

Obviously that's a massive simplification because if switching engine technologies would have improved the SR-71's speed, they would have done it. Also because the SR-71 engines were ramjets when it was flying fast.

A ram jet won't get you into orbit because orbit is not just a matter of flying high enough but of reaching orbital speed - the speed where the curve of your naturally falling trajectory will miss the earth due to the earth's curvature. It's about Mach 25. And (as Ross points out) even if you could reach Mach 25, you can't circularise the orbit with an air breathing engine because that requires thrust at the highest point.

Ramjets can fly at least this high:

Ramjet, extrapolated from data for flights where the vehicles were still accelerating when they ran out of fuel: 131,000 ft / 40 km. (One flight coasted to 151,000 feet, but that's probably not what's being asked here.)

...if ramjets can continue to accelerate in an environment where the air density is under 20 g/m3, then perhaps they can sustain powered flight to 40 km, where the density is only 4 g/m3. 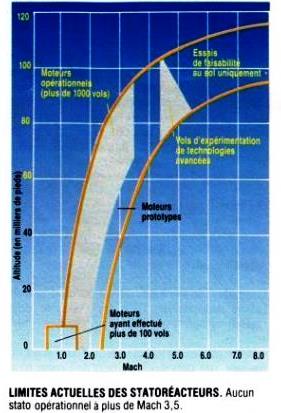 Thrust and efficiency of Lorin Ramjet (Report by Sänger and Bredt) increase with the square of speed, with the square root of combustion temperature. Ramjet start working around 300 km/ h, studies considered 300 m/ sec airspeed. Yield circa 12'000 HP per square meter of main bulkhead area. At higher altitudes, (calculations were made for a top speed of 0.9 Mach and 12 km ceiling, intended in a pursuit airplane, engineers thought Lorin Ramjet would not work above 18 km, because of poor combustion), thrust and propulsion power decrease, slightly less than density of air, but propulsion coefficient and efficiency increase because of lower temperature of fresh incoming air.

At ground level and 300 m/ sec airspeed, thrust is 3'000 kg per square m of bulkhead area. Range increases from 367 km at ground level, in a case, Skoda-Kauba P.14?, proposed in https://www.enginehistory.org/Rockets/LorinRamjet/LorinRamjet.shtml to 1'100 km at 18'000 m. Duration of flight for a given fuel load was maximum at 14'000 m height, decreased slightly above this, for a 6'000 kg total airplane weight, 1'000 kg payload, 2'400 kg of fuel, wing area 30 m2. Athodyd operating at higher temperatures losses efficiency, smaller athodyd impose higher working temperatures.

Propulsion power increases with third power of speed. They advised 2 m diameter Ramjets. Minimum speed at which diving is not needed to accelerate, at 12'000 m height, was 430 km/ h. Test of this tube on conventional airplanes were conducted at 100 m/ sec over a Do-17Z, then 200 m/ sec airspeed. For the design considered, speeds were 1'100 km/ h at ground level, and 950 km/ h in mid stratosphere.

I've suggested having a Pulse Jet inside or side by sides of the Ramjet, Athodyd tube diameter modified accordingly, pulsejets provide power at zero airspeed, and could carry Ramjet to its start speed. Intake duct angle was determined being best at 10º. Inside a duct, heat form outer parts of pulsejet would be added to thrust; if a double duct wall is installed, same would happen with heat of outer side of ramjet. OK? Blessings + 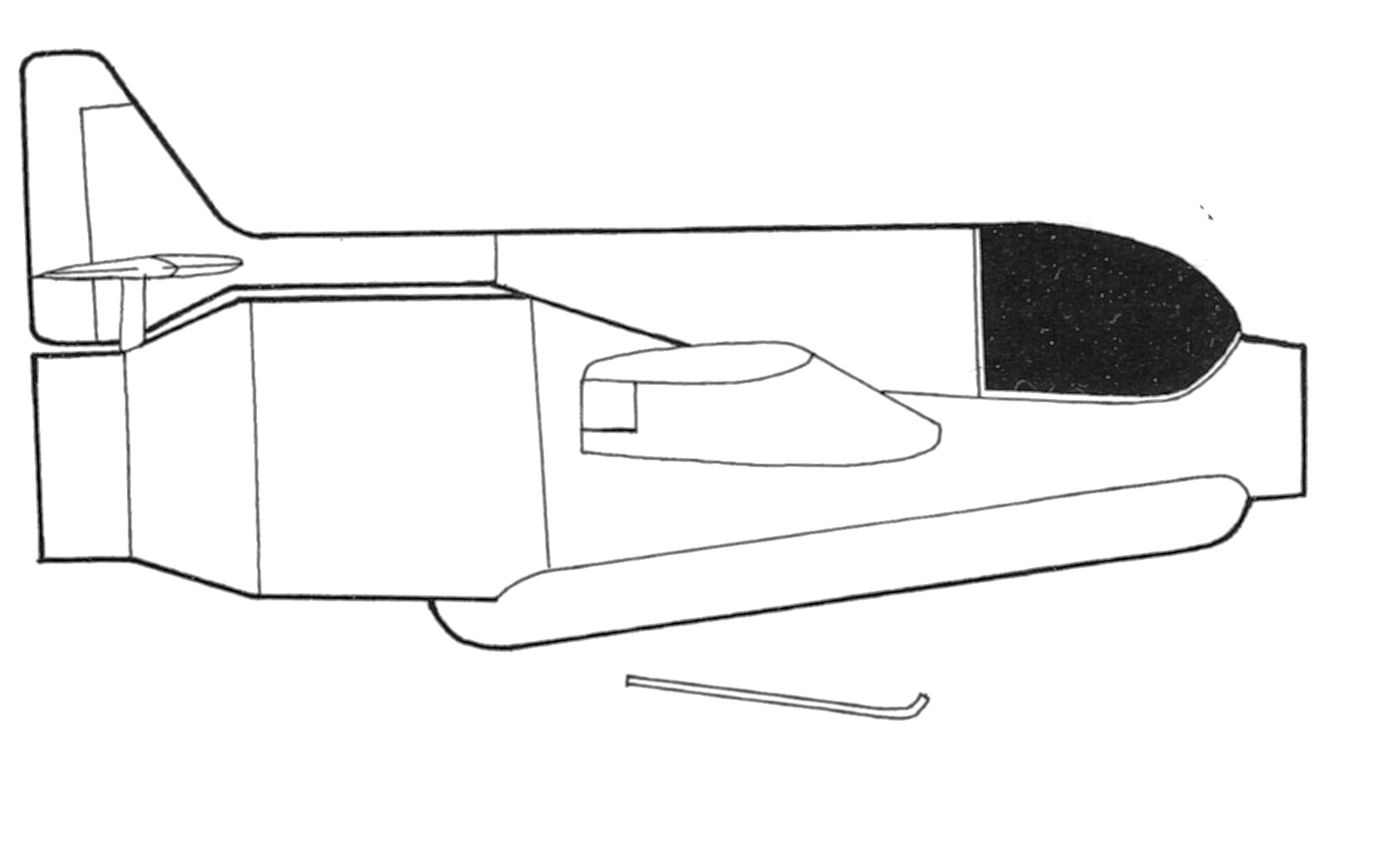 Not the answer you're looking for? Browse other questions tagged altitude aircraft-limitations ramjet or ask your own question.

1
Would a ramjet be able to fly at 1% of sea level atmosphere and pure oxygen?

19
How high can propeller airplanes fly?
12
What is a ramjet?
18
Was there any progress in ramjet-powered helicopters after 1960?
8
Are there any planes that have ramjet or scramjet engines?
5
How can a modified ramjet produce static thrust without a turbine?
3
What is the minimum size of a ramjet?
1
Could liquid alkali metal fuels be used for ramjet/scramjet propulsion?
0
About ramjet efficiency in supersonic speed. Is there an optimal speed?
14
How high can an airplane be spotted with eyesight?