Which sub-scale setting may a pilot use on an instrument approach in South Africa--QFE or QNH?

I saw this question in my Instrument Rating exam and I need to know which answer is correct, A or B.

Question: As far as the vertical reference of an aircraft during the final approach segment of an instrument approach procedure is concerned, a pilot:
A. may only use the local QNH setting on the altimeter sub-scale
B. may use the altimeter with QFE on the sub-scale 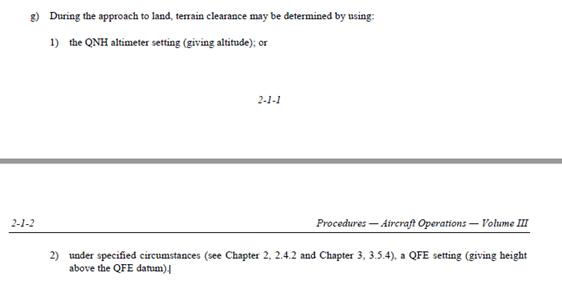 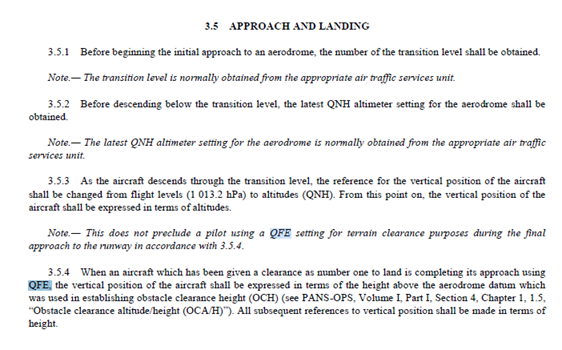 This excerpt is from the SACAA CATS and CARS documents:

8 Approach and Landing
8.1 A QNH altimeter setting shall be made available to aircraft in approach clearances and in clearances to enter the traffic circuit.
8.2 A QFE altimeter setting, clearly identified as such, should be made available in approach and landing clearances on request.
8.3 The vertical positioning of aircraft during approach shall be controlled by reference to flight levels until reaching the transition level below which vertical positioning shall be reference to altitudes, except as provided for in paragraph 8.4.
Note: This does not preclude a pilot from using a QFE setting for terrain clearance purposes during the final approach to the runway.

I have never been given a QFE to conduct an instrument approach in S.A. It does happen in some countries but then everyone has to use it. If you look on an approach chart you will see the vertical profile is given in terms of height above sea level so you wouldn't be able to conduct the approach with QFE set. Edit: The SACAA charts do show height of the waypoints of the vertical profile, but Jeppesen doesn't. The MDA and DH are given terms of elevation and height, but this is to use in conjunction with the radio altimeter. QFE might be used by aerobatic pilots or some military operations but I think its use is rare. Having said that, the AIP does appear to allow the use of QFE on a second altimeter during the final approach see note(2) and point (f) below. Therefore it appears that B is the answer the CAA is looking for. Using the word "only" in answer A would make it incorrect.

Please look at the AIP here with particular attention to the Altimeter Setting Procedures, I will try elaborate in due course.

During flight in the vicinity of an aerodrome at or below a fixed altitude called the transition altitude, an aircraft shall be flown at altitudes determined from an altimeter set to sea level pressure (QNH) and its vertical position shall be expressed in terms of altitude.

Further down below it says

Note 2: This does not preclude a pilot from using a QFE setting for terrain clearance purposes during the final approach to the runway.

f) During the approach to land, terrain clearance may be determined by using either a QNH altimeter setting (giving altitude) or a QFE setting (giving height above the QFE datum)

I believe the intention is to allow the pilot the discretion of using a second altimeter with the QFE set, but when you talk to ATC it will be with reference to the altimeter having QNH set.

Not the answer you're looking for? Browse other questions tagged instrument-flight-rules instrument-rating south-africa or ask your own question.

14
Do instrument approach procedures sometimes have a minimum temperature?
15
Why is this VDP not authorized?
24
May a non-instrument pilot legally file IFR as long as he amends and doesn’t accept an instrument clearance?
8
Does altimeter setting affect the vertical guidance in a LPV approach?
3
May a pilot legally fly an ILS approach to ILS minimums with an inoperative Attitude Indicator without declaring an emergency?
3
Does an airport need to have at least one instrument approach that I can use in order to fly IFR to it?