How many flights follow the North Atlantic Track relative to those that don't?

What is the ratio of flights that follow the track system in the north Atlantic and those that don't? Also what is the general trend in this ratio over time?

2.1.3: It should be appreciated, however, that use of OTS tracks is not mandatory. Currently about half of NAT flights utilise the OTS. Aircraft may fly on random routes which remain clear of the OTS or may fly on any route that joins or leaves an outer track of the OTS. There is also nothing to prevent an operator from planning a route which crosses the OTS. However, in this case, operators must be aware that whilst ATC will make every effort to clear random traffic across the OTS at published levels, re-routes or significant changes in flight level from those planned are very likely to be necessary during most of the OTS traffic periods.

Note that not all flights in the NAT do cross the Atlantic from East to West or vice versa. For example:

And then there are a number of fixed routes that allow aircraft that do no meet the minimum navigation performance requirements to cross the ocean. These tracks do not change with the daily winds like the OTS tracks. 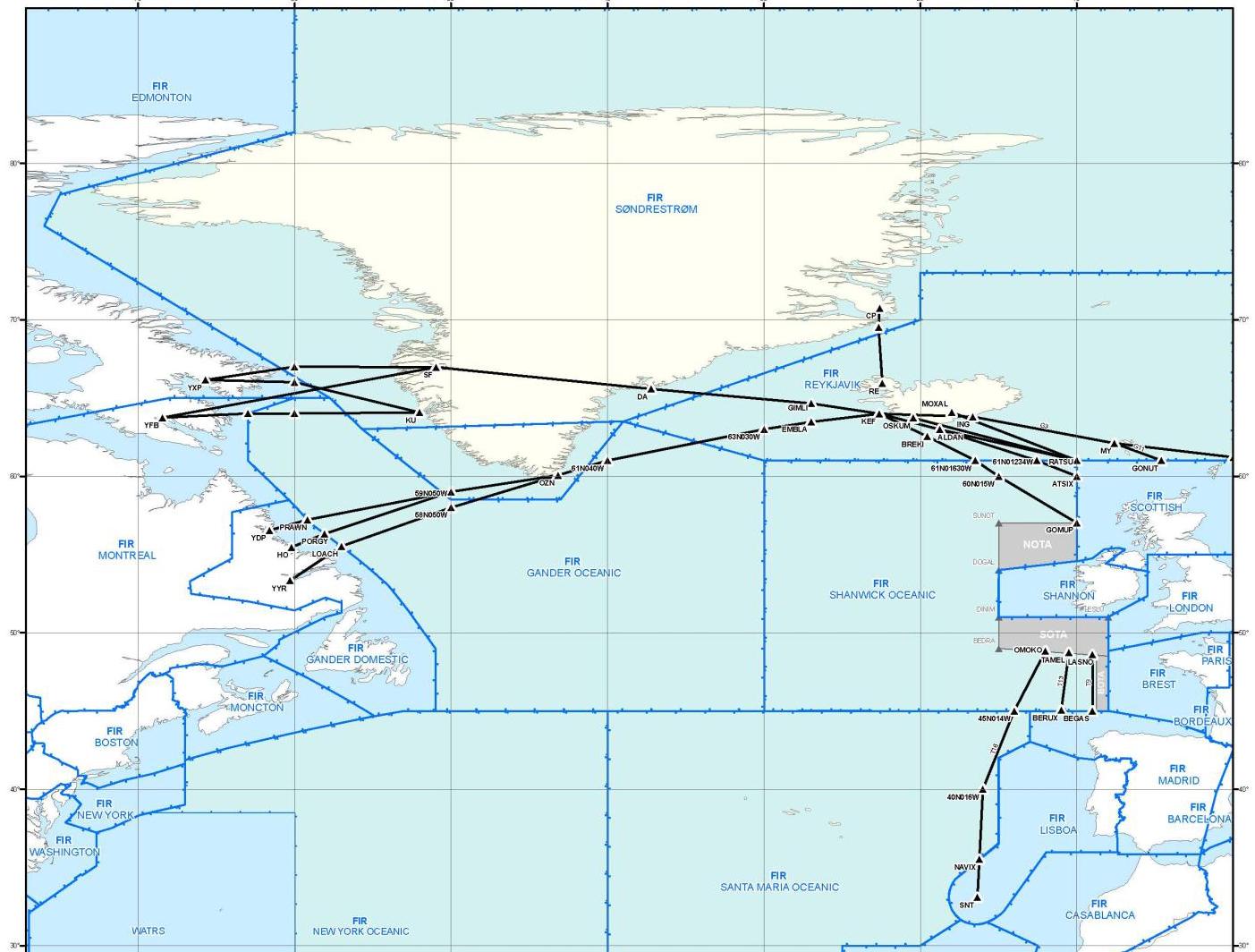 All these are included in the 'about half'

But especially in the Northern part of the NAT airspace, covered by the Reykjavik FIR there are many random routes. According to the website of Iceavia:

But that is mainly because the OTS tracks are usual south of the Reykjavik FIR.

Not the answer you're looking for? Browse other questions tagged navigation oceanic or ask your own question.

3
Why don't all flights use the North Atlantic Tracks (NATs)?

14
Do autopilots force the aircraft to fly over certain coordinates?
10
How did Charles Lindbergh use dead reckoning over the Atlantic ocean?
3
Why don't all flights use the North Atlantic Tracks (NATs)?
15
What precautions should be taken when flying near the magnetic poles?
10
How are NATs connected to European Airways?
4
When do pilots have to submit position reports?
3
Why don't FMCs automatically include up-to-date oceanic route definitions?
7
Why do eastbound transpacific flights fly at lower latitudes than their westbound counterparts?
2
Is it possible to fly to any destination on a rhumb line track?