The question is in regards to the asymmetry of the changeover latitudes and NOT about why it needs to be changed.

Earth's magnetic field is not symmetric north to south. In particular, the magnetic declination can get significantly larger at a given southern latitude than it does at the corresponding northern latitude. This can be seen by looking at a world declination map: 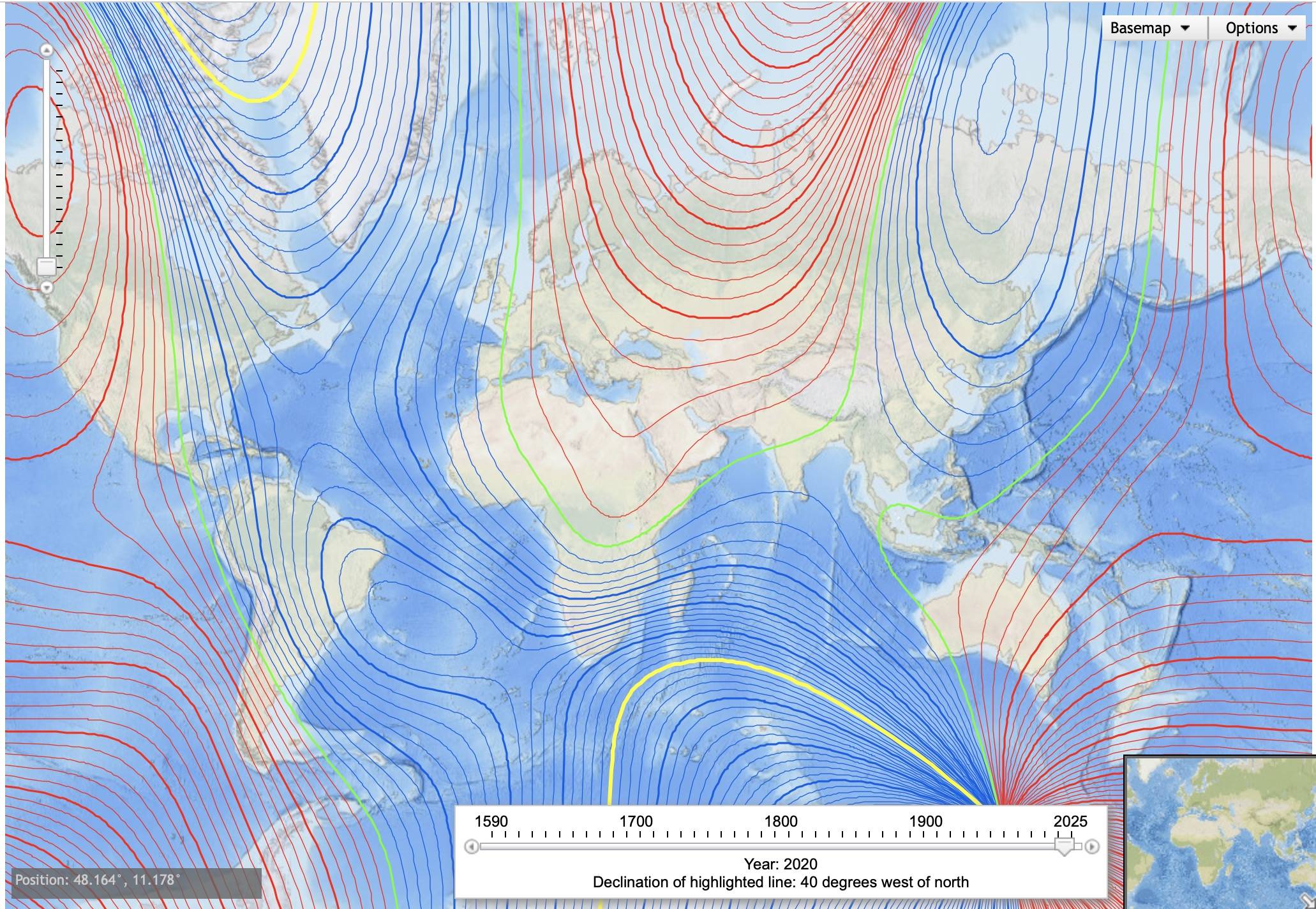 Curves of a given declination reach much lower southern latitudes than they do northern latitudes. For example, the highlighted curve is 40° west of north declination; its southernmost point in the northern hemisphere is at about 75°N, but its northernmost point in the southern hemisphere is at 35°S (!). Another way this manifests is that the South Magnetic Pole is at a significantly lower latitude than the North Magnetic Pole (~65°S vs. ~85°N).

Not the answer you're looking for? Browse other questions tagged navigation fms inertial-nav-system or ask your own question.

27
What's the difference between True vs Magnetic headings?
19
What is an Inertial Navigation System? How does it work?
10
How does an FMS shift after losing all external navaids?
5
Why does Boeing 737 use 2 Inertial Reference Systems (IRS) and GPS?
12
At what distance from magnetic north do pilots start referencing true north for heading?
5
Are sequenced waypoints still displayed on the Navigation Display / FMS legs page?
4
Why are the character keys on the Flight Management Computer in alphabetical order?
1
How did KAL 007 get so far off course?
6
Can you guide me about the purpose of fine alignment in inertial navigation systems?
11
Why is air traffic control done manually by humans?