Consider the LOC-D at KSEE and note the Alternate Minimums criteria.

With the following conditions:

Questions (and my concern are the REGULATORY aspects here) with the airport 1800 and 3: 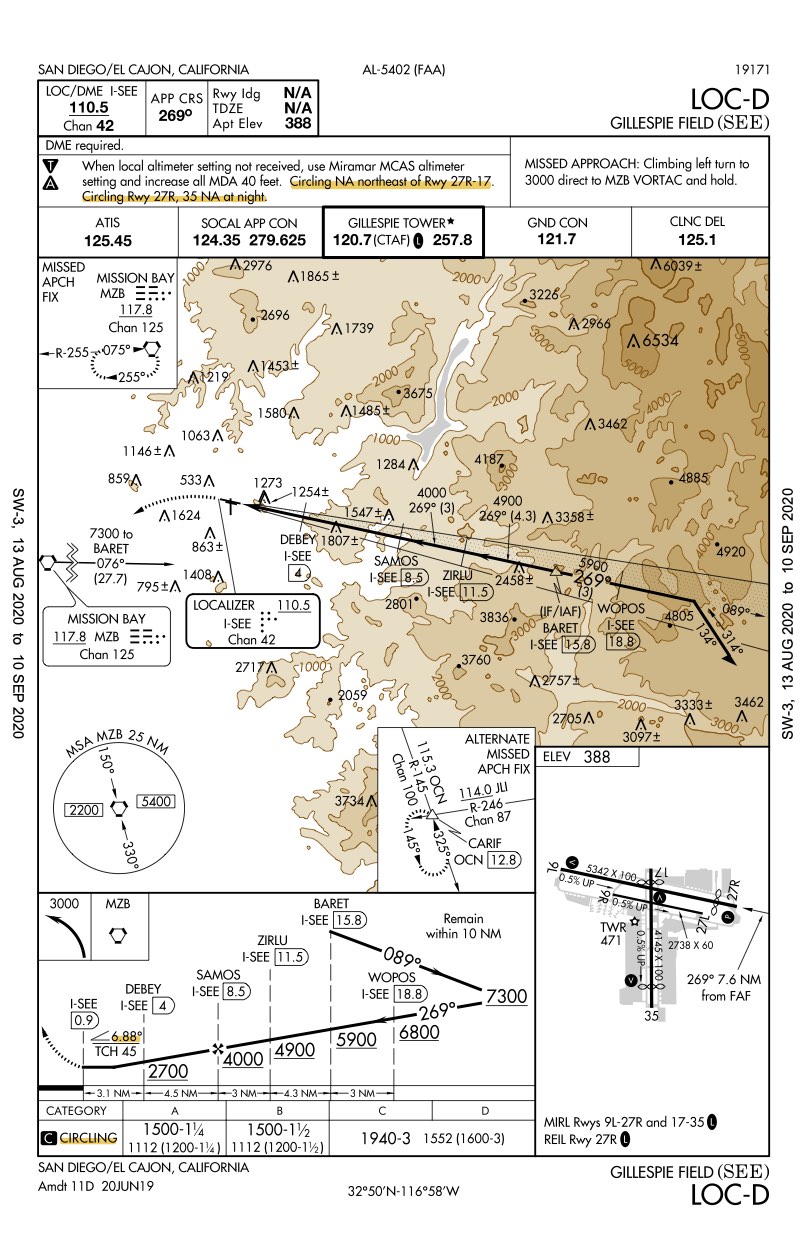 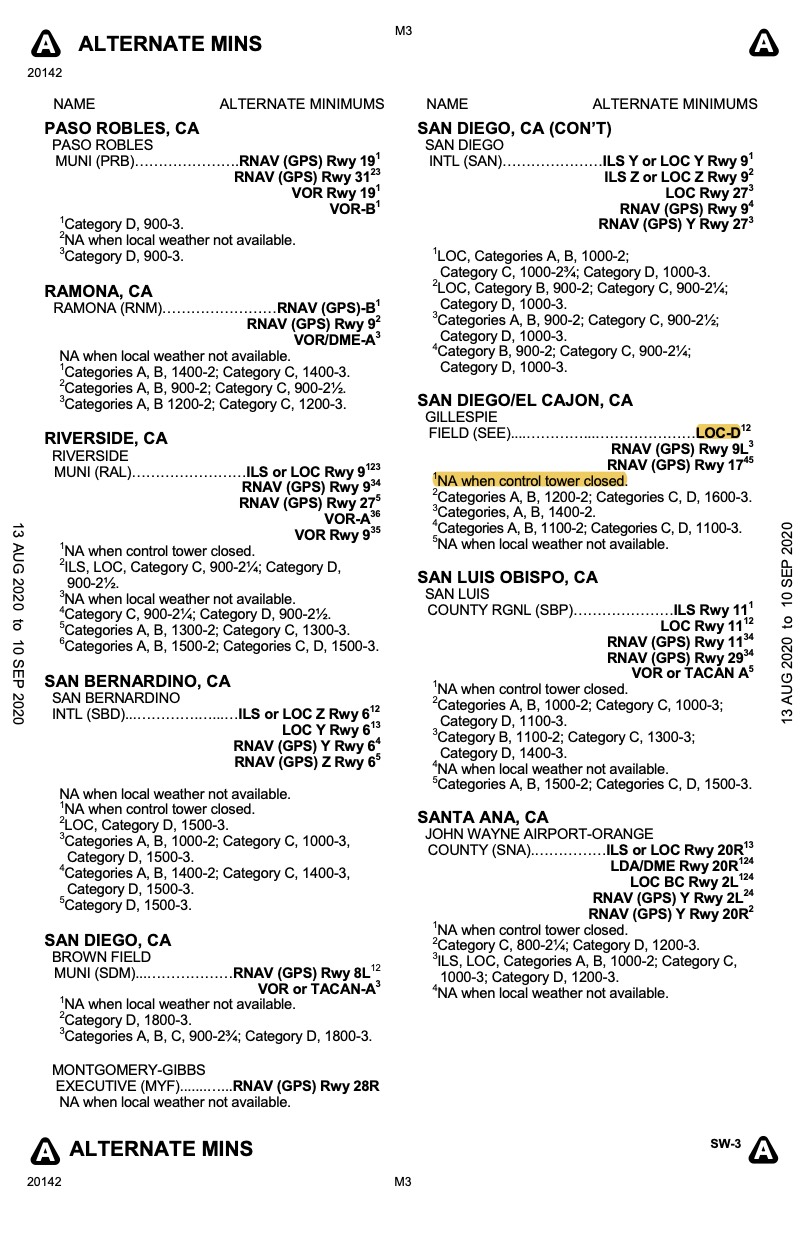 Ans: The restriction eliminating the option of flying the LOC-D with the tower closed only applies when designating KSEE as a required alternate.

Question 2: Can you land on 27R with some interpretation of IFR rules?

(1)-Tell approach control (ATC) when they clear you for the approach that you intend on cancelling IFR when you get below the clouds (assuming it's still VFR/VMC). When VFR, cancel IFR and land at your discretion VFR/VMC. If, for some reason, the frequency is overwhelmingly busy and you can't get through in order to say "November**** Cancelling IFR" (hard to imagine) fly the published missed or land on another (none restricted) runway. OR

(2)- Request, at an appropriate time, a "Contact Approach." You would then be responsible for terrain avoidance (still under IFR) and land.

Question 3: What are the limitations on when during an approach you can cancel IFR and legally complete the approach VFR?

Ans: You cancel IFR on the approach when you are operating in legal VFR minimums (Class G in your example).

Not the answer you're looking for? Browse other questions tagged faa-regulations instrument-flight-rules iaps turbojet or ask your own question.

13
When flying a circling approach, is it permitted to begin the visual circling segment prior to the final approach fix?
14
How should I request an IFR approach at the end of a VFR flight?
9
What is the official FAA definition of the term enroute?
15
Can I circle to a different runway if cleared for an instrument approach without circling minimums?
19
Why must IFR be cancelled?
14
Who is responsible for airspace separation when an IFR flight is cleared for a visual approach?
10
Is it allowed to fly a right traffic pattern when a left traffic pattern is published (IFR)?
3
Does an instrument rating bridge category and class?
2
Is it possible to fly VFR above the IMC floor or VFR-On-Top without a specifically filed route, both using an IFR flight plan to go through IMC?
4
Why and how would I land straight-in from a circle-to-land approach?