The pterostigma of insect wings an inertial regulator of wing pitch is linked in this answer to Why do dragonflies have these special little spots on their wings? (open access copy here)

The Summary of the paper includes the following points. I've highlighted some in bold.

Question: Is it possible to explain in simpler terms what "Inertial regulator of dragonfly wing pitch reduces self-excited coupled flapping and feathering vibrations and improves gliding flight speed" means, and why these small weights do it?

Figures from the linked paper (click for full size): 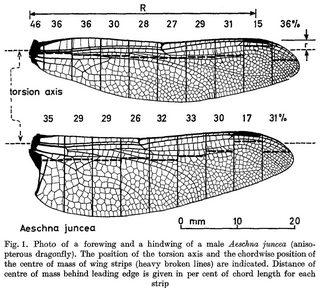 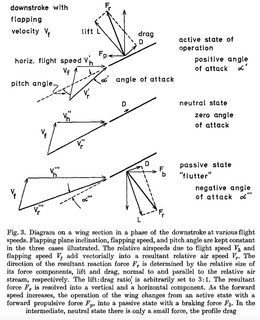 Images from the linked question, click for full size: 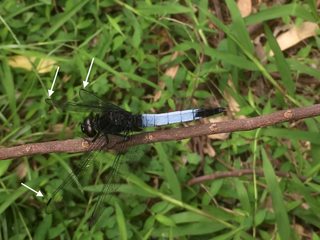 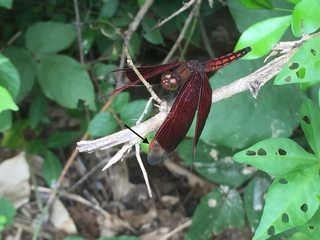 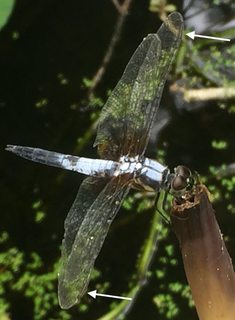 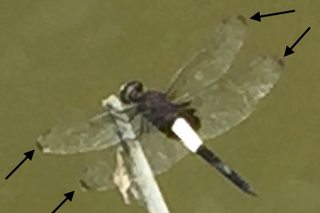 Adding a mass ahead of the elastic axis of the wing tends to increase the critical flutter speed of the wing, thus allowing a larger flight envelope. Above this critical speed the wing would experience vibrations of increasing amplitude that could lead to its destruction (or to a limit-cycle flutter mode, which is also bad but less so than rapid unplanned disassembly).

Flutter is a destructive aeroelastic phenomenon that can be described (in a simplified way) as a combination of two natural vibration modes of a wing. These modes are torsion around a spanwise axis and bending with respect to the root. Each mode will have a natural frequency, and the flutter speed will have a minimum (not guaranteed to be a global one, btw) when both of these frequencies are the same, because then they will reinforce one another.

By adding weight to the leading edge, the dynamic behavior of the wing is modified in a way that moves the critical flutter speed upwards, extending the safe flight envelope. This technique can be seen most often in helicopter blades, many of which have some trim or balance weight at the leading edge.

Not the answer you're looking for? Browse other questions tagged aerodynamics wing flutter vibration or ask your own question.

3
What are "secondary precessional forces" that apply to boomerangs in flight?

13
Where does ice collect first on a wing in flight and why?
5
Is it possible to maintain horizontal flight with the angle of attack above critical value by increasing speed?
1
Why do oblique-wing aircraft suffer from significant aerodynamic cross-coupling?
4
What is this intake bottom the wing of C-5 and why is it placed there?
1
What differentiates the entry procedures for spins and snap rolls?