Why do most authors use wingtips vortices as reason for 3D flow around wing?

The three-dimensional ﬂow induced by the wing-tip vortices shown in Figures 5.4 and 5.5 simply alters the pressure distribution on the ﬁnite wingin such a fashion that a net pressure imbalance exists in the direction of V∞ (i.e., drag is created). In this sense, induced drag is a type of “pressure drag. 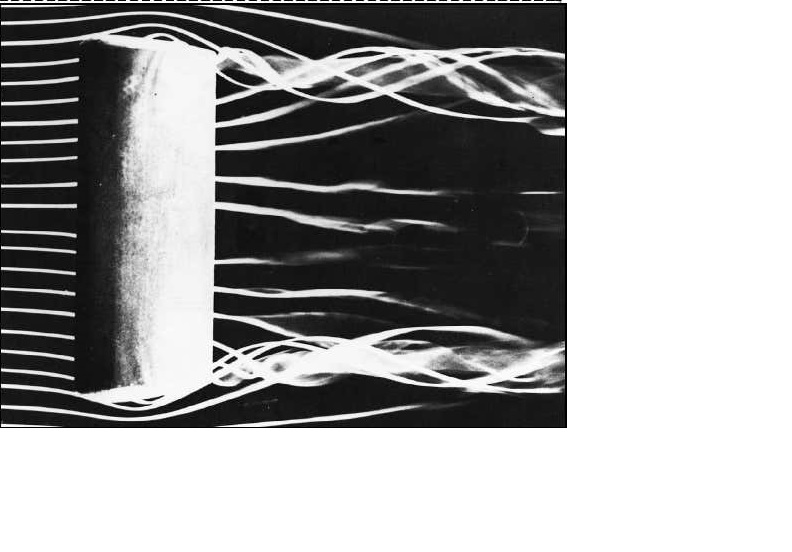 I agree that induced drag is just one type of pressure drag but wingtip vortices don't cause 3D flow at wing (downwash behind wing + two rollup vortex...)

It depends a bit on the definition of a "wing tip vortex".

If this is defined as just the local flow around the wing tip, it is too narrow to encompass all 3D effects and you are right.

If, however, the term "wing tip vortex" describes the beginning of the whole wake rollup process caused by downwash and sideways flow, then this does cause induced drag. The vorticity behind the wing cannot create drag anymore; this can only be done by things happening directly at the wing. But induced drag is spread over the whole wing and not restricted to its tips, so the "wing tip" part of the name is misleading.

In my view of the process, induced drag is caused by the gradual bending of the flow by the wing. By bending an already deflected flow further downwards, the reaction force must have a backwards component, which is induced drag. Note: No wing tip flow required for the explanation! But that is too simple, or pure 2D drag would also produce induced drag. In fact, the flow is first bent upwards ahead of the wing (induced angle of attack) so the bending happens not beginning with straight but upwards moving flow. Without the added downwash of the trailing vortices, all effects cancel out so only a vertical force is left. Add the downwash over the wing produced by the free vortices and - bingo! - the backward component is precisely the induced drag added in 3D flow.

The often-heard explanation that the flow around the wingtips causes induced drag is much less helpful and similar to saying that wet streets cause rain. In the end, wingtip flow is only a reaction to local pressure differences, in the same way that the induced angle of attack is. And it is this pressure difference over the whole span which causes the flow to bend around the wing and be accelerated downwards. This downward movement then causes wake rollup and the wake vortices, which in turn start at the wingtip.

As to the "why" you are asking: In my opinion it is copying from others without fully understanding cause and effect.

Well, actually they do in some sense.

What in essence causes the 3D flow in a wing is finiteness of the wing span. Since any aircraft wing has to have a pressure difference between the top and bottom surfaces, the flow will want to move from the bottom of the wing to the top of it. The mechanism causing this is the driving pressure gradient as I have just said.

This movement of fluid from bottom to top creates a trailing vortex called a wingtip vortex and essentially this is why it is causing a 3D flow at the wing, since before it trails downstream, it causes wash-in at the top surface (because the fluid is coming from bottom to top) and causes wash-out at the bottom for the same reason. This creates a flow in the spanwise direction of the wing- which makes the flow over the wing three dimensional.

38
How does an aircraft form wake turbulence?
10
What is the lift force per unit span?
11
Does the downwash created by induced drag increase or decrease lift?
12
How is the induced drag calculated for a wing with elliptical planform?
10
Why are vortices produced at wingtips a source of drag, while vortices from the leading edge (harnessed by delta wings) good?
3
How and why do wake vortices come together to form two tip vortices?
3
How does downwash affect angle of attack?
1
Explained intuitively, why does aspect ratio affect induced drag?
-3
Design winglets to counteract tip vortex

6
Inviscid aerodynamics: why is circulation zero at the wingtip?
5
Why does the spanwise flow along a swept wing not accelerate?
10
Why do wall-to-wall airfoils in wind tunnels produce no (or infinitesimal) downwash?
40
Why do most biplanes have their top wing slightly forward of the lower wing?
0
How do the vortices affect the flow of the horizontal stabilizer upon leaving the wing?
1
What is the best or most popular way to reduce wing tip vortices on an ultralight operating at 600-800k Re?
2
How to distinguish the induced drag of a lift-producing wing from its pressure drag?
6
Can gliders and single-engine planes have vortices?
10
Why are vortices produced at wingtips a source of drag, while vortices from the leading edge (harnessed by delta wings) good?