Pros and cons of a thin cambered wing? 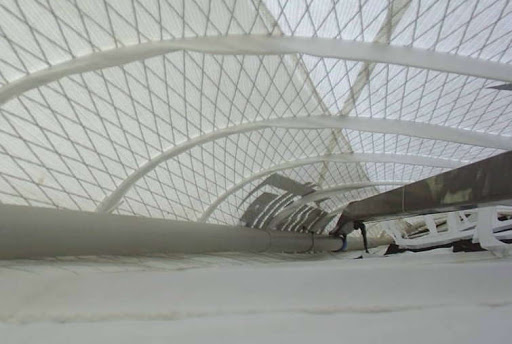 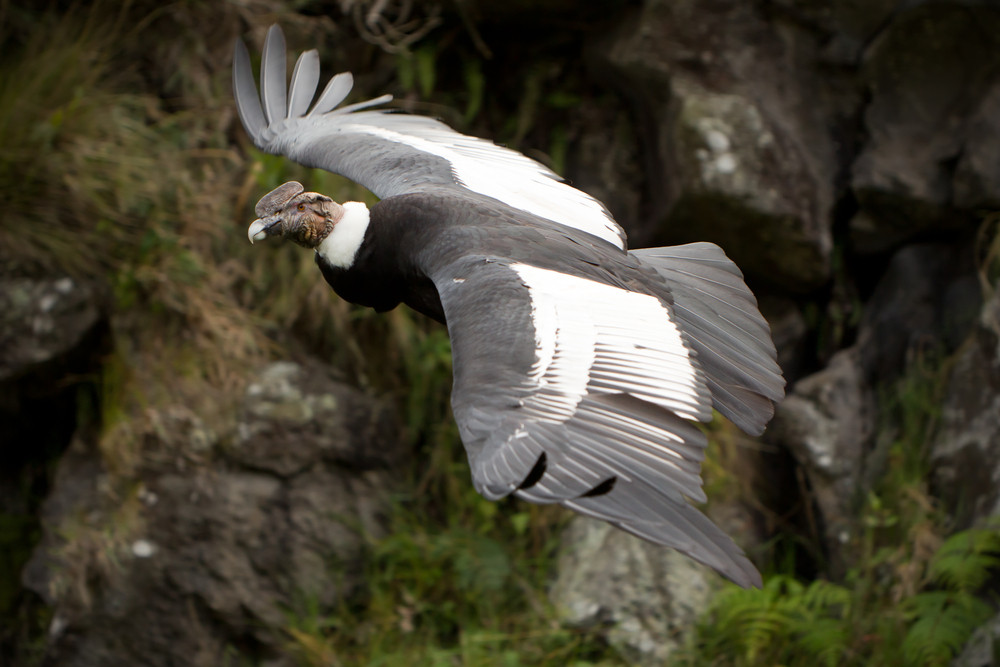 As that beautiful (but rather heavy) Andean condor, Vultur gryphus, is showing, this is the go to wing for maximum lift at the slowest possible airspeed. Not quite as efficient as the high aspect albatross, but much slower. These wings are all about combining slightly less efficient bottom lift with more efficient (air bending) top lift. Perfect for catching thermals and riding them to higher altitudes.

The major con is they are so good at making lift that an increase in airspeed can create surplus lift. Lowering AOA then creates major turbulence underneath the wing, as you surmised. Now imagine bringing the leading and trailing edges up, making a thin flat wing. This is exactly what airliners do when they want to go 3x faster. Condors need not worry about this.

What are the pros and cons of a thin cambered wing?

Does a thin cambered wing suffer from a flow separation bubble on the lower side, at cruising speed/low AoA?

Yes, absolutely. Flow separates directly below the leading edge as it cannot follow the strong local curvature and reattaches downstream when the curvature is lower. This causes pressure drag which reduces airfoil efficiency at higher flight speed.

Thin cambered wings were the norm in the early days of powered flight, right up to around 1920. Speeds were around 100 mph, the camber spread further back than your illustration shows, and wings were double-skinned but still thin by most standards. They had to be braced to keep them both light and stiff, but at these low speeds it was worth it.

Between 1907 and 1913 JW Dunne developed a conical leading-edge profile with much sharper camber increasing progressively outboard. Its purpose was to confer excellent stability and handling qualities to a swept wing, and it entirely succeeded. His biplanes had high wing area with low wing loading despite a heavy undercarriage and were consequently slow. His monoplanes were remarkably snappy, reaching upwards of 60 mph at a time when 45 mph was the norm.

After WWII NACA developed a similar conical leading-edge droop to try and resolve the low-speed handling problems with a high-speed thin delta wing. It worked well, and the drag penalties in supersonic flight were acceptable. The Convair F-102, F-106 and B-58 all featured it.

So a little extra camber to the leading edge of a thin wing can do you a power of good at low speeds. Just, don't overdo it.

One main drawback not cited in the previous answer is that they don't offer any storage space. Might be good for some gliders, or early planes that where slow and didn't care about range, but for an airliner you still have to put the fuel somewhere.

Furthermore the sharp leading edge restrics the range of AOA that the wing can fly without stalling, thus reducing the range of speeds the aircraft can operate. You can either fly and land slow with a highly cambered wind or fligh fast but land fast also (good exemple are old jet fighter like the f-104)

24
Could airliners' wings be thinner if no fuel were stored in them?
13
Why are birdlike airfoils not used?
2
Is airfoil thickness proportional to drag coefficient?

2
Are these pressure and velocity distributions calculated by CFD simulation correct?
2
How to calculate aileron deflection for achieving similar roll dynamics at thin and dense air?
12
Can a supersonic plane use a subsonic wing if the nosecone shock produces subsonic airflow around the wing?
14
What amount of lift would be created in the fallacious "lift from equal transit time" theory?
5
Do leading edge flaps increase the critical angle of attack?
2
Why does the use of reverse thrust in flight on the DC-8 cause areas of separated/reversed airflow over the wing?
4
Why this inertial regulator of dragonfly wing pitch reduces self-excited coupled flapping and feathering vibrations and improves gliding flight speed
1
Is flow attached at fixed propeller blade at every RPM / speed conditions?
4
Why do almost all overwing exit slides open over the trailing edge of the wings, and almost none over the leading edge?