How is altitude reached by aircraft flying above the stratosphere measured?

Aircraft flying above the stratosphere (above 30km) are rare, but there is still the X-15 and the spaceship two. For those aircraft, maximal altitude is measured to within 500 ft.

They used inertial altitude on the X-15 for high altitude measurements. This works just like an IRS (Inertial Reference System), which was used on airliners of that era: you can get the position (latitude and longitude) based on a manually entered (or GPS derived) start position by integrating rotations and accelerations over time. The principle also works in 3D, if you also enter the start altitude. Note however that inertial altitude (true altitude above mean sea level) is not equal to barometric altitude, which can deviate based on local environmental conditions.

On the instrument panel was an attitude indicator whose source was inertially derived. Also provided were inertial velocity, altitude, and rate-of-climb. Barometric instruments included an altimeter and a combined Mach-airspeed indicator; these instruments were usable only below about 75,000 feet and were used mainly in the traffic pattern. An angle of attack and a sideslip indicator were provided; the source of these two instruments was selectable, inertial for high altitude flight and barometric for the end of the mission.

You can see both instruments in the following image: 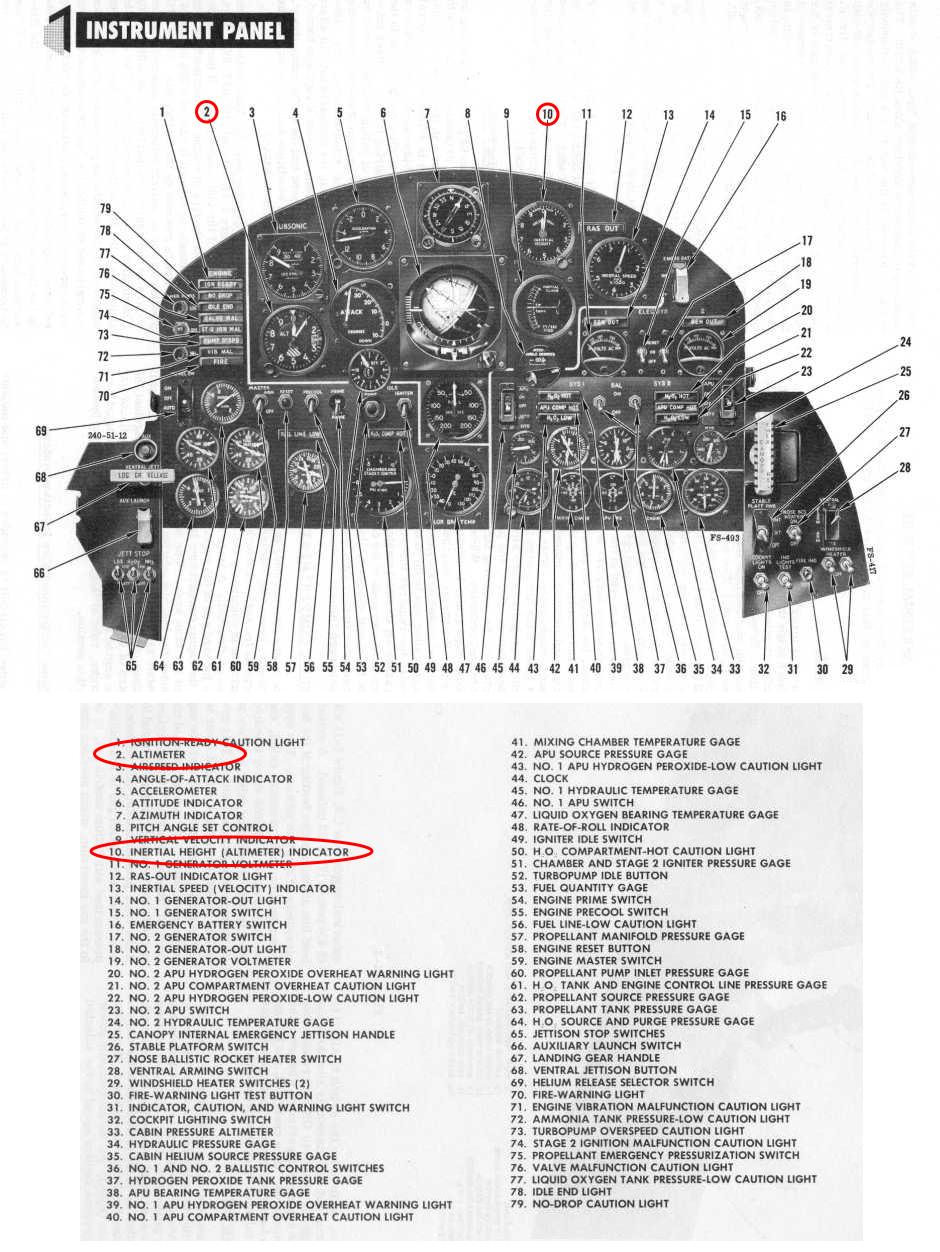 Not the answer you're looking for? Browse other questions tagged altimeter high-altitude x-15 or ask your own question.

0
How did the X-15 measure altitude above 86 km?
17
What is the maximum altitude of barometric altimeters?
9
Are there any aircraft designed to operate between an altitude of 50-80km?

38
How does an airliner deal with cabin altitude at an airport above 8000 ft?
9
How accurate is the barometric altimeter in the Tu-154?
8
What is minimal altitude that aircraft (rocket?) can fly above any country without any permission?
3
Barometric altimeter data during high vertical g-forces?
5
Why, and how, are barometric altimeters accurate enough for approach and landing?
12
Which aircraft can fly at FL600 or above?
2
Did every X-15 pilot become weightless when flying into the upper strato- and mesosphere?
1
Are there any high altitude flying options for a private pilot?