Could propeller wash provide sufficient lift to take off - even in theory?

I know this seems a crazy thing to ask but it is not the same as lifting oneself by the bootstraps. If you try to lift yourself that way, there are two equal and opposite forces, yet there are experiments with muscle powered planes that work.

So, provided the plane was stabilised somehow, and the wings were designed for the purpose, could propellor wash theoretically lift the plane? If not why not?

I understand that a normal plane would start to move forward. Please assume that the plane is restrained from the rear by a cable and that the experiment takes place in the absence of wind.

Yes. The wing doesn't care what is causing air to flow past it. Headwind, propwash, 747 wake, gopher sneezes.

If the airplane is restrained from forward motion, and the propwash over most of the wing is fast enough, let's say more than the airplane's stall speed, then the wing must generate enough lift to support the airplane, causing it to take off.

It's not so much a matter of designing the wing specially, as making the airplane tolerate the many large props needed, and the weight of the engines. That much power is too much for efficient cruise. But it's easy to implement with a one pound model airplane.

In principle yes, but why would you do it? For vertical take-off this would be grossly inefficient.

This becomes easier as more air is available for deflection since the amount of deflection needed for a given lift can be reduced. However, when all air movement is provided by the propeller, why reduce efficiency by blowing it horizontally over a wing, where it creates friction? Wouldn't it be better to direct this airflow directly downwards so no further deflection is needed?

Any deflection will incur losses, so taking the detour over the wing complicates things needlessly. That does not mean this hasn't been tried –as qq jkztd points out in the comments, the Ryan VZ-3 used this concept, albeit with poor results. 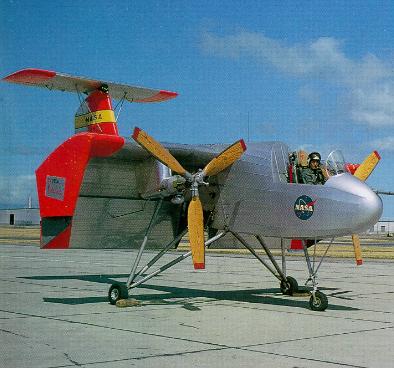 For a theoretical approach the propeller diameter would need to be as large as the half span of the aircraft, with both propellers mounted at mid span. Now the landing gear also needs to be longer than quarter span in order to let them spin freely. Next, the wing needs flaps which are able to deflect the flow of air by 90° which will involve some active blowing. This becomes quite complex quickly, so a design like the one below looks more promising: 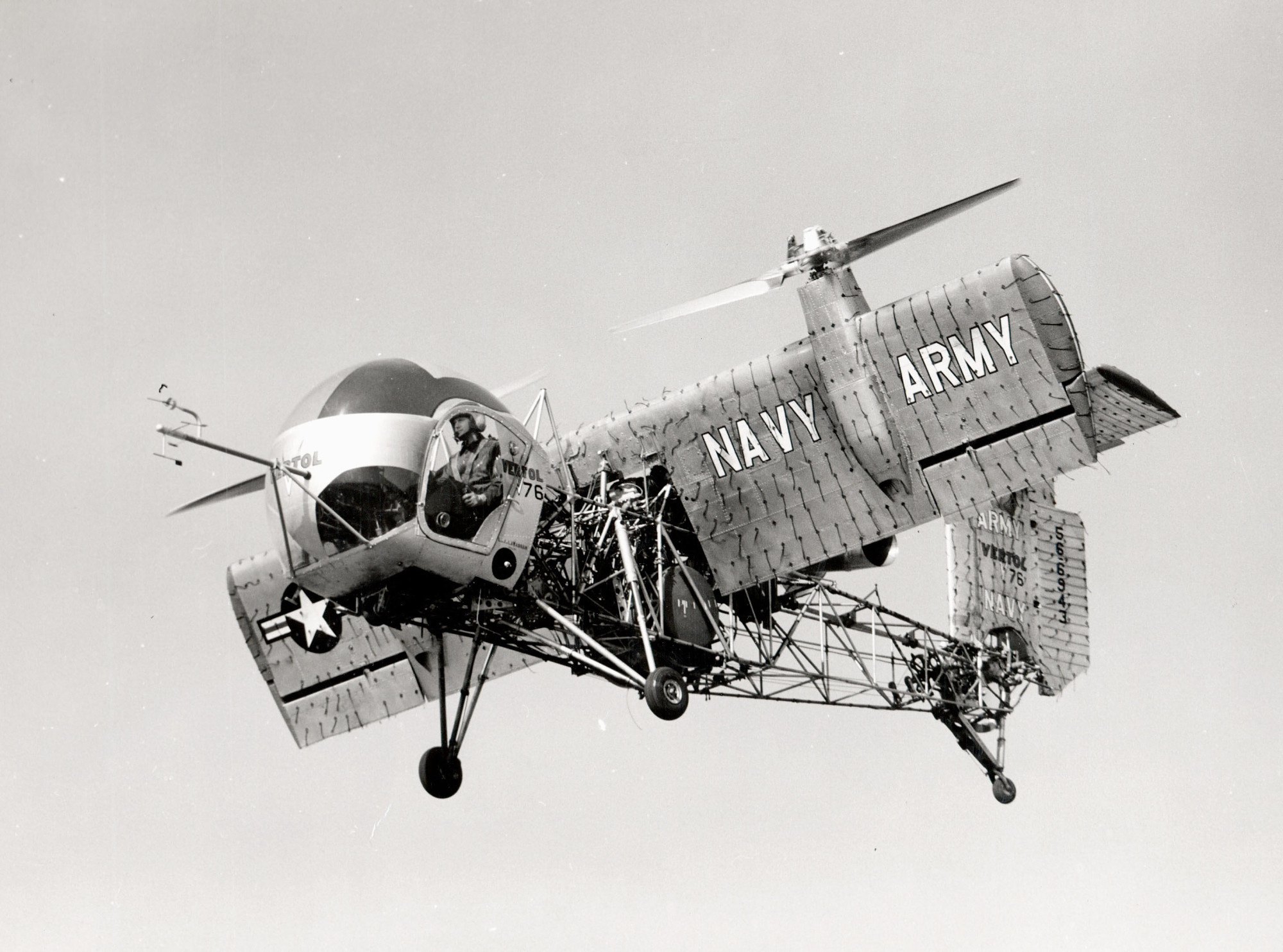 Vertol Model 76 VZ-2 (picture source) was the first tilt wing design which successfully transitioned between vertical and horizontal flight and was built for the same purpose as the VZ-3. While not any more visually appealing than the VZ-3, it had a longer career: It flew first (in 1957 as opposed to 1959 for the VZ-3) and was used until 1965 while the VZ-3 was retired in 1961.

Restricting the question to approximately horizontal airflow ... it's been tried.

The Custer Channel Wing was one that tried ... it didn't quite make it, but was claimed to be able to fly at 8 to 11 mph. That may have been optimistic but the CCW5 (pictured : image from linked Wiki) apparently flew as slow as 35mph. 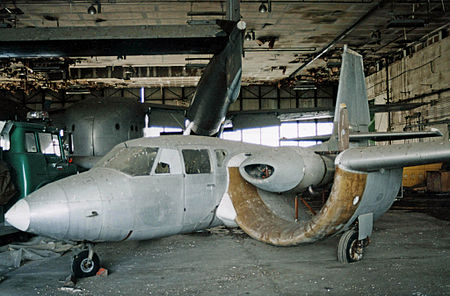 And it keeps being tried... this time in conjunction with the Coanda Effect ... results not reported so far. 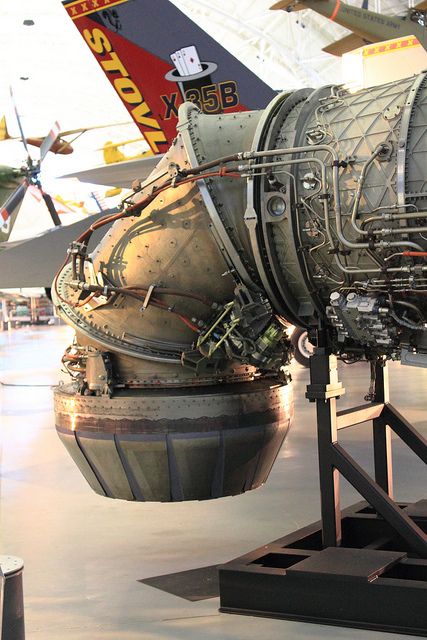 It's a turbojet here (this is an F-35 engine) but from a physics standpoint there's no reason you couldn't do it with a propeller.

So long as you have some means of directing a sufficient portion of the thrust downward, you can lift off. An airfoil would also redirect the thrust slightly downward, but far less efficiently than a nozzle.

This wouldn't be even remotely practical with a normal engine and airfoil. The physics works though, if your engine can produce enough thrust to get the required downward component.

Presumably you are referring to using wings fixed to the airframe with props driving air over them.

If instead you move the wing through the air to create airflow over it you "cut out the middleman" and end up with a helicopter or typical multirotor craft.

Similarly an ornithopter moves the wing through the air to attain lift.

Not the answer you're looking for? Browse other questions tagged propeller lift theory or ask your own question.

14
Why does a stall decrease lift, rather than increasing it?
11
How is lift provided by a wing affected by propeller wake?

4
If the the body and it's wing is mostly covered with solar panels and flies with electric motors, is it possible for that aircraft to fly?
3
Relation between lift force and torque produced in propeller used for vertical take-off and landing aircrafts
3
Why does a low pitch propeller have better acceleration/take-off and climb characteristics than a high pitch propeller?
1
How can I estimate the coefficient of lift for take off?