Why is there no alternative mechanism to extend and lock the landing gear in case of failure? [closed]

I have read that landing gear can be extended by their own weight and get locked into position in case of failure of the hydraulics. What if extended gear are unlocked, but can not be retracted in order to utilize their falling weight to re-lock them into place?

We have seen situations where landing gear did not get extended and the plane needed to land on its belly. That is very dangerous for passengers. And, it can damage the plane heavily.

So, why is there not an alternate means by which you can extend landing gear that can prevent this situation. Or, maybe I am just not aware of it.

In transport category aircraft there has to be an alternative mechanism to extend the gear if the normal mechanism fails, but there is no requirement for an alternative retraction mechanism. This is required e.g. by EASA CS-25 (Certification Specifications for Large Aeroplanes):

(c) Emergency operation. There must be an emergency means for extending the landing gear in the event of –

A common solution to implement this alternative extension is via gravity. There is usually a way to mechanically release the up-locks and shut off any hydraulics to the gear from the flight deck, which will result in a gravity gear extension, e.g. in the Boeing 737: 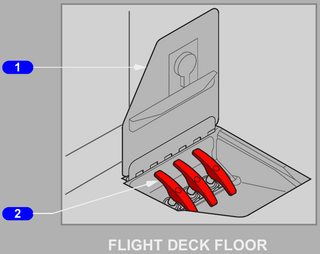 The reason why no alternative retraction mechanism is required, is that there is simply no need for it. Should the gear fail to retract after takeoff, the pilots can just land again, either at their departure airport or somewhere else (possibly after burning / dumping some fuel if the aircraft is above its maximum landing weight). Continuing the flight to the destination is usually not a good idea because the landing gear extended results in a large increase in drag and therefore requires significantly more fuel (see e.g. Hapag-Lloyd Flight 3378).

In the accident you linked (LOT Flight 16), the alternate gear extension mechanism was also unavailable due to a tripped circuit breaker:

On Dec 18th 2017 the PKBWL released their final report concluding the probable causes of the accident were:

The alternate landing gear extension in the Boeing 767 (as used by LOT 16) is also a gravity extension, but unlike the 737 the up-locks are released electrically rather than mechanically from the flight deck:

The alternate landing gear extension system uses an electric motor to trip the locking mechanism for each gear. Selecting DN on the ALTN GEAR EXTEND switch releases all door and gear uplocks. The landing gear free-fall to the down and lock position.

9
How does the nose wheel lock on the Robin DR400 work?
24
Why burn fuel at departure airport instead of flying to destination before emergency landing due to deflated tire?
5
What are the advantages and disadvantages of tail wheels that cause modern airplanes to not use them?
28
Why did the space shuttle use bias-ply tyres instead of radials?
3
Do the A-320 landing gear extend if the mechanism is activated above a limiting speed?
3
Why is the landing gear lever not set to OFF on the ground?
6
Diamond DA42 - Do you need the electric master on to extend landing gear?
5
When is it appropriate to foam a landing strip? (example JB292)