How does the Guardian counter-MANPADS system work?

I came across this picture of a FedEx McDonnell Douglas DC-10 equipped with an anti-missile defense system. 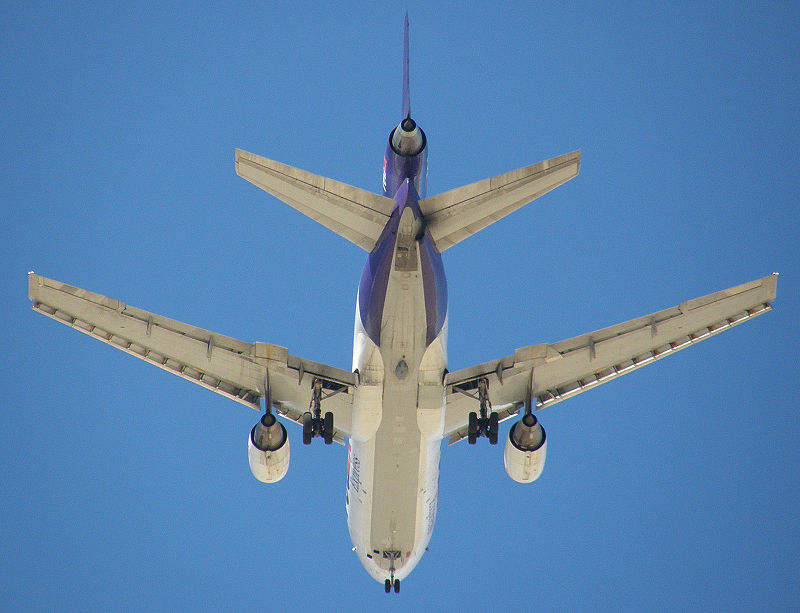 According to the picture description:

FedEx became the first U.S. carrier to equip its aircraft with an anti-missile defense system in 2006. The gray oval Northrop Grumman Guardian pod can be seen on the belly of this FedEx MD-10 between and just aft of the main landing gear.

How does this system work? Does this successfully work in countering all types of missiles? Can it be reused over multiple missile strike incidents? Are all commercial airplanes compatible with this system? Is it economical for a major airline to fit all of its fleet with this system?

I have worked on and designed DIRCM systems. Most of the technical specifications on these systems is classified. Also, the U.S. is not the only country with DIRCM systems. In particular, Israel is equipping their airliners with the C-MUSIC system.

How does this system work? Basically, a laser at the wavelengths of the Infrared Missile seeker is directed at the incoming missile. It is pulsed in such a way as to cause the missile to think that the hot spot that it is tracking (generally the engines) is not in the right spot for proportional steering. Without proportional steering, the missile avionics thinks that the missile will miss the target, so it corrects for this. As it corrects, the laser signal continues to misinform the missile as to where the target is in its reticle, eventually causing the missile to "break lock" and fly off into a random direction. Before the laser can be directed at the missile though, there are several other steps, which is why you have a complete pod. First a missile warning system needs to pick up the fact that a missile has been launched at the aircraft (generally the job of a series of IR cameras that give a lower hemispheric view of the aircraft's environment). Then the system tells the turret to turn to a specific point in space. The turret has its own IR camera that is responsible for tracking the missile, and once it has achieved this tracking, only then does the laser start to fire.

Does this successfully work in countering all types of missiles? This is only effective against purely infrared guided missiles (mainly MANPADs and some varieties of air to air missiles, such as the AIM-9). If the missile has any sort of radar assist, or is radar guided, a laser will do no good. There are some classes of laser riding missiles that could potentially be confused by these type of systems, but no anti-air types of laser guided missiles are deployed.

Many IR guided missiles do try to counter these countermeasures, so the more sophisticated DIRCM systems need to be employed. IR missiles come in many different varieties of seekers and wavelengths they use, so the DIRCM system needs to have a laser on those wavelengths. Not only that (and this is where the secret sauce comes in) each seeker operates on different frequencies of their reticles (and reticle patterns). So to truly confuse a missile, one needs what is known as a Jam Code. These are generally classified.

Can it be reused over multiple missile strike incidents? As long as the laser is operational, the system can be used over and over again. Some lasers have limits to how long they can fire, and how often they can fire (the Northrop Viper laser is notoriously power limited and has a horrible MTBF). However, as long as there is power, it doesn't run out of ammo. This is the main advantage of DIRCM systems over using infrared countermeasures such as flares, which are limited by the number of flares one can carry.

Are all commercial airplanes compatible with this system? The Guardian, as well as BAE's JetEye, and Elbit's MUSIC system is designed as to be integrated onto any large airframe. Israel has already flown it on 707 and 737 airframes, and plan to integrate it to the A-320, 747, 757, 767, and even some Embraer airfrmaes.

Is it economical for a major airline to fit all of its fleet with this system? Not really, unless one gets shot down by a MANPAD. The DIRCM system will cost well over a million $US (probably closer to two). And then there is the aerodynamic penalty of hauling a 350-500lbs pod on your belly. The concept Elbit is employing is to install aircraft with a B-kit (an interface plate and the necessary wiring). Then the airline can buy a limited number of A-kits, and install them only on the aircraft that are going to an area that may be dangerous. Notionally, this operation can be done in an hour.

As to the danger, all I can say is that over 500,000 MANPADS have been manufactured, and many thousands are in the hands of people that wouldn't mind causing a "problem" for anyone they can inconvenience. Thankfully, the training required is a bit more than firing an AK-47, so most attempts have been unsuccessful.

How does this system work?

Guardian is basically a Directional Infrared Counter Measures (DIRCM). By using an infrared laser (and an optical parametric oscillator to generate a second IR Band wavelength) the Guardian jams the IR seekers of incoming Infrared missiles through their sensor apertures.

Does this successfully work in countering all types of missiles?

No, it doesn't. Against Imaging Infra-Red (IR) missiles and missiles with Additional Detector Wavelengths (e.g LWIR) DIRCM will not work.

Work is now underway in developing Fibre Laser DIRCMs that can counter those missiles which present day DIRCMs are unable to counter.

Are all commercial airplanes compatible with this system?

Virtually all models of Airbus and Boeing can be fitted with a DIRCM Pod like the Guardian.

No. This is an extremely expensive technology, so a majority of airlines will not be able to afford this. Remember, they have to fit this DIRCM pod in not just one or two aircraft but more than a dozen aircraft.

The most important thing to remember is that if the anti-missile defense system is overwhelmed by a salvo of missiles there is very little that it can do.

wikipedia has a brief description of the workings of it:

Guardian is designed to operate autonomously, without input from the flight crew. An array of sensors detects a missile approaching the aircraft and passes this information to an infrared tracking camera. The system's computer analyses the input signals, to confirm that the threat is real, and then directs a beam of an eye-safe infrared laser at the incoming object. The laser is intended to introduce a false target into the missile's guidance system, causing it to turn away from the aircraft. The detect-track-jam process lasts for two to three seconds. The system then automatically notifies the pilot and air traffic control that a threat has been jammed.

From this I can deduce that it will only work infrared targeting systems. It is fully reusable as long as the laser isn't damaged.

The unit weighs 250 kg and costs a million dollars, and the manufacturer estimates that the costs can be offset if the ticket price raises a single dollar.

That depends entirely on the airline. If an airline operates only in areas where MANPADS attacks are common, then it might make economic sense to fit countermeasures. On the other hand, if some or all of the airline's planes spend their whole lives within, say, the USA, Canada or the European Union then, at the moment, it is not economical to fit even one aircraft with an anti-MANPADS system since nobody is currently firing MANPADS at planes in those areas.

It seems that FedEx has this device on only a tiny proportion of its fleet: the Wikipedia article on Guardian mentions them installing it on nine aircraft.

Not the answer you're looking for? Browse other questions tagged military aircraft-systems equipment missiles sensors or ask your own question.

39
Why don't El Al 747's stay at the gates at JFK?
27
How common are missile defense systems on civil airplanes?