Could I hold both an EASA license and a UK CAA license?

With all the ongoing mess with Brexit at the moment, I'm trying to figure out the wood from the trees so to speak. However there seems to me a bit of mass confusion with it all.

If I can, I suspect this is in ICAO somewhere within licensing? And how would I go about it? Can I apply to on authority based on my results with the other (e.g. CAA with EASA results) or would I have to duplicate and thus spend more money to get a CAA one?

Yes, you can hold both. The UK CAA is now completely separate from EASA. Comparable to EASA vs FAA.

At this time, there are no agreements or associated Annexes in place between the EU and the UK in this area. Licensing and Training under the oversight of the UK CAA is now considered as third country licensing and training

If you hold an EASA licence you can apply to the UK to hold an equivalent UK Part-FCL licence. It involves the inevitable administration costs from both the UK CAA and the EASA state to send details. You will also require a UK CAA Class 1 medical - initial/revalidation at the discretion of the UK CAA AME (not the UK CAA itself).

If you are a former UK Licence holder, there are some further considerations.

Licence holders who fit the below criteria can apply for a UK PART-FCL licence > using this application route:

pilots, instructors and examiners who previously held a UK issued Part-FCL/BFCL/SFCL and have not had a licence issued at a higher level since 1 January 2021 EASA licence holders whose licence date of initial licence issue is prior to 31 December 2020 Licence holders who fall into the below criteria cannot use this route and must instead email FCLweb@caa.co.uk (subject heading ‘Attention Tech: EU Conversion’) for further advice:

pilots, instructors and examiners who previously held a licence with the UK CAA and have had an EASA licence issued at a higher level since 1 January 2021 EASA licence holders whose licence was issued after 31 December 2020 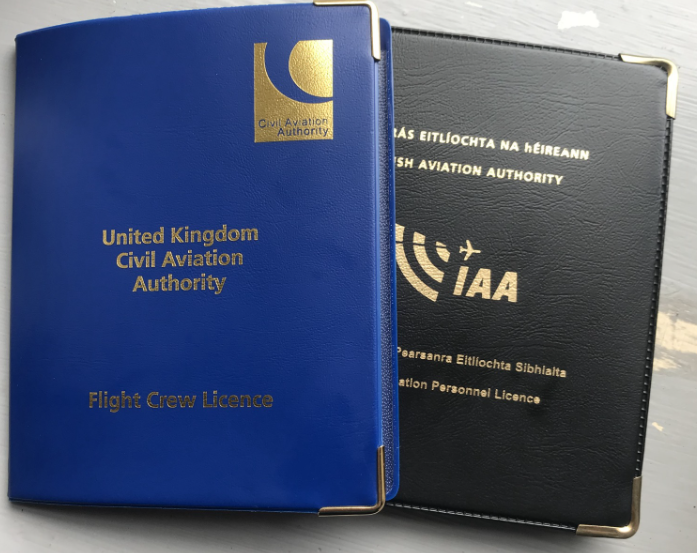 You may need to wait until the dust settles to see exactly what the regulations end up being but if the rest of the world is an indicator then yes you can hold licenses from various places at once. Licenses can in some cases be issued simply by applying and proving your currently issued one is valid (from somewhere) as is the case with the FAA but this will likely vary by jurisdiction.

1
Do the CAA's recent changes to medical requirements mean I wasted my time getting a medical?
5
What FAA license does the EASA LAPL convert to?
5
Can a Greek EASA Part 66 License be converted to a German EASA Part 66 License?
2
What license woud an ex-military aircraft (E.g, L-39) go under according to the UK-CAA, an EASA licence or a non-EASA license?
9
Does any country issue daytime-only commercial licenses?
2
How long is the EASA ATPL theory exam valid?
10
Is it possible to fly an EASA registered airplane with an ICAO license?
6
Is the EASA RT License valid internationally?