Why is the critical angle of attack lower in ground effect?

(Please don't explain with terms like downwash, tip vortices, wake vortices etc.. I am big supporter of explaining aerodynamics with pressure/pressure fields rather then "past-things" that happen behind wing.) 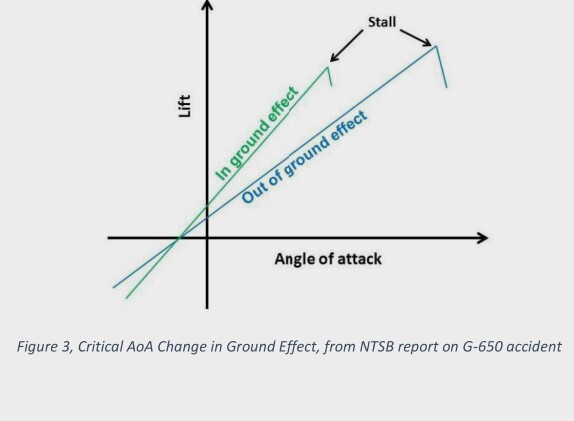 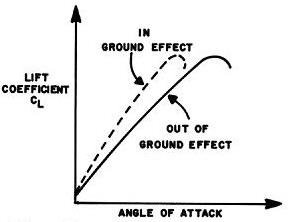 Ground effect creates more circulation around an airfoil (either lifting or downforce-ing). Not going into details about how ground effect works, but the 'mirror-vortex' in potential flow explains this very easily.

Increased circulation will manifest in the pressure field as a higher pressure differential between the top and bottom surfaces of the airfoil. An airfoil always has 2 stagnation points, one at the LE and one at the TE. The CP at these points is 1 (the trailing edge stagnation point is lower in real life because of viscous effects). Because the pressure is constrained at the LE and TE, the suction increase happens along the chord, and usually will increase more at the suction peak (~1/4 chord). Now the adverse pressure gradient from the suction peak to the trailing edge is steeper, because we have a higher suction peak, and the same trailing edge pressure. As the adverse pressure gradient becomes steeper and steeper, the airflow will eventually separate from the surface.

Even for the same AOA, ground effect increases the suction on the suction side of the airfoil, which makes the pressure recovery more susceptible to separation.

RE: not using the terms you mentioned, this is a purely 2D effect and can be seen in infinite span wings and has nothing to do with vortices. However just looking at a pressure field without considering anything else is like trying to figure out how a meal is cooked by just looking at the dirty dishes - you need potential flow to explain this.

Regarding what the resultant pressure field looks like, this is very well covered in literature already, and if you want to see the effects for a previously unstudied section, Javafoil will give you useful results - https://www.mh-aerotools.de/airfoils/javafoil.htm

There are 2 effects on wing lift due to proximity to the ground, reduction of wing tip vortex strength, and "cushion effect", both of which will increase the coefficient of lift.

But why a lower stall AOA? Perhaps that which increases the "cushion" weakens the downwash enough for "backflow" to disrupt the upper wing boundary layer at a lower AOA. The encroachment of turbulence (with its buffeting) will occur earlier in ground effect because the lower pressure air "pocket" behind the wing becomes truncated as ground effect increases (for a given AOA and airspeed).

A wind tunnel/smoke study would do wonders to address this issue.

9
Why does the vortex created by wing affects its own angle of attack?
31
Why the ground effect has such a different outcome for wings and cars?
3
How and why do wake vortices come together to form two tip vortices?
10
Why do wall-to-wall airfoils in wind tunnels produce no (or infinitesimal) downwash?
7
Why do aircraft stall warning systems use angle-of-attack vanes rather than detecting airflow separation directly?
2
Why does the effective alpha/CL increase at wingtip of swept wing?
5
Is airflow deflected inwards or outwards by wing sweep?
1
How pressure fields change around wing?
2
Explained intuitively, why does aspect ratio affect induced drag?