Why can't we see the downwash/wake roll-up behind 2D/wall-to-wall airfoil tests? [duplicate]

Why we can't see the downwash/wake roll-up behind any wall to wall airfoil wind tunnel video?

To make that happen, the air behind the center of the airfoil must go down and the air at the side walls must go up, producing two roll-up vortices. Could you upload video of that if it exists (which I doubt)?

here is how downwash and wake roll-up vortex looks at finite wing in wind tunnel:

In a wind tunnel, the downwash exists, as depicted in the videos and pictures you and others have posted, because the air is moving in a general downward direction as it leaves the rear of the wing. Someone who's doing a wind tunnel test of a wing is typically only interested in the performance of that wing, and so doesn't care what happens to the air after that point. The downwash exists in the area of interest, and that's all that matters.

Who says we can't? It just needs open eyes and an open mind.

To understand the picture below, keep these things in mind:

Somehow, the air has to flow around the obstacle that the airfoil represents in a closed wind tunnel. It does so by speeding up (at least in subsonic flow). Conversely, when the airfoil tapers towards the trailing edge and an angle of attack makes the cross section downstream become wider, the air slows down in order to fill the available space. In the end, the mass flow near the suction peak where the cross section left open by the airfoil is narrowest is equal to that near the trailing edge when the cross section has become much larger. The same happens on the lower side: All the air passing below the stagnation line has to squeeze through the gap left between trailing edge and tunnel wall. This is only possible by a large change in speed.

Now have a look at stream lines in a windtunnel. Note that the lines near the upper and lower edge of the picture are almost straight and nearly follow the wall contour of the tunnel (picture source): 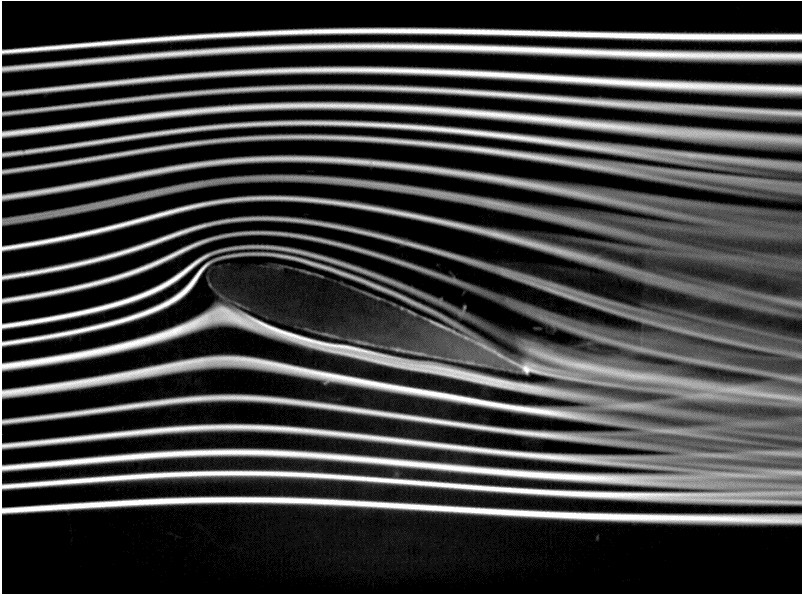 The downwash is the downward-pointing part of the streamlines over the rear part of the upper airfoil contour. Due to tunnel wall interference, the flow on the lower side near and especially past the trailing edge is very different from free flow and the air has to speed up to flow through the gap left between the airfoil and the tunnel wall.

While the air coming off a wing in free flight with attached flow has approximately the same speed over the whole height, here tunnel wall blockage means that the air coming off the lower side is much faster than air coming off the upper side. This is necessary to let the air shift downwards past the airfoil, as it does in the wake of a wing. Of course, the tunnel wall and friction will limit that downward movement, but by adjusting flow speed the tunnel airfoil is able to create a downwash, too.

The downwash is right there and hard to overlook: The streamlines coming off the airfoil clearly have a downward direction. Wake rollup is also happening, albeit near the right edge of the picture and less pronounced than in free flight. If that is not evidence enough, I don't know what ever will be.

The picture has to be sufficient. Sorry, no movie.

You can see wingtip vortices in a wind tunnel, e.g. in this picture: 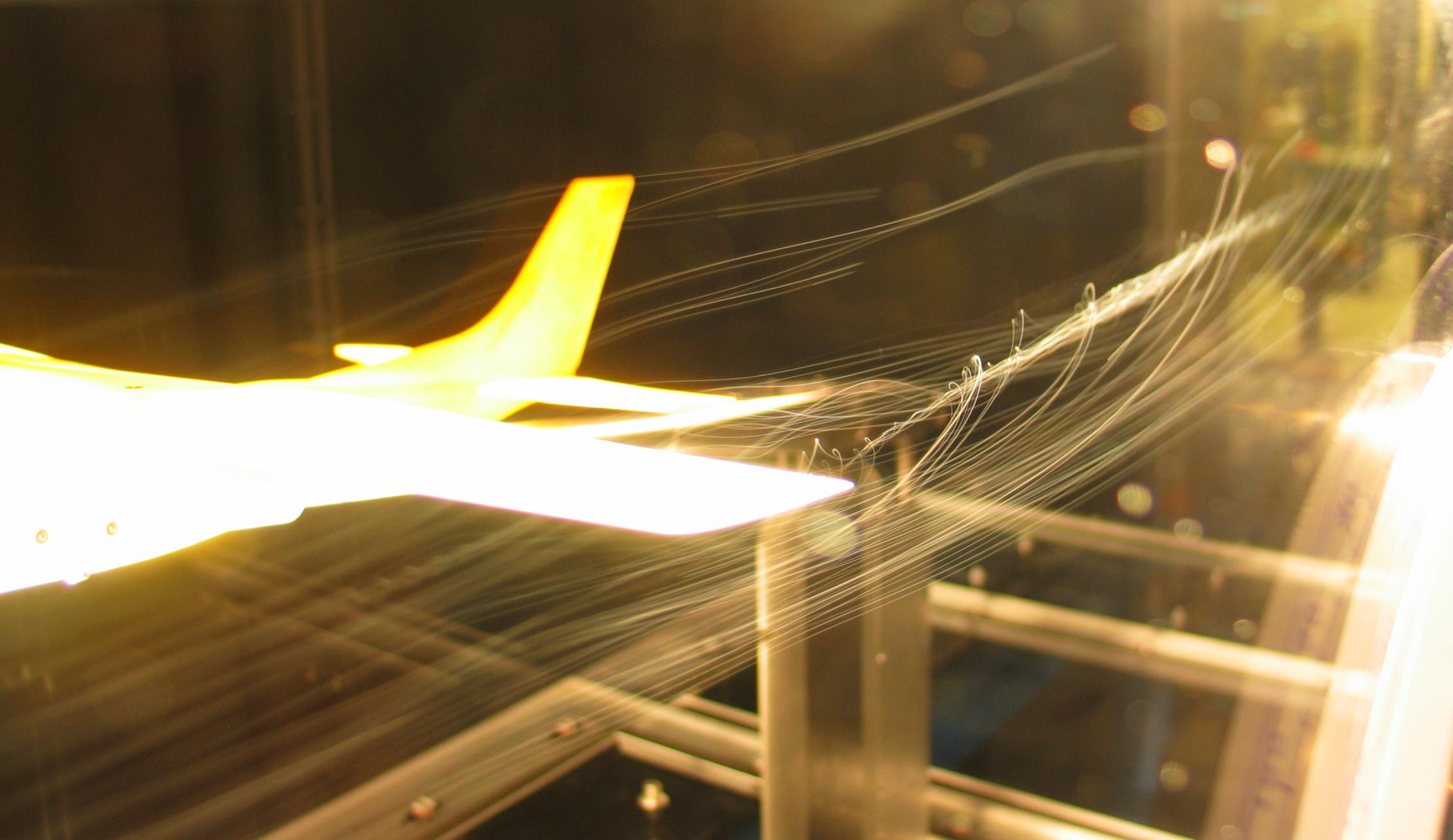 The lines that you see here are created using helium bubbles:

A model Cessna with helium-filled bubbles showing pathlines of the wingtip vortices.

You can only see the wingtip vortices when these lines are created close to the wingtip. If you are interested in the in the flow over the general airfoil, you would only create such lines over the central section of the wing and you won't see any wingtip vortices.

Also note that you need a full model of the entire aircraft to accurately get these wingtip vortices. If you only have the airfoil without attaching it to the body of an aircraft, the effect will be different. And if the airfoil goes all the way to the wall of the wind tunnel, there is obviously no wingtip resulting in no wingtip vortices.

That phenomenon is known as a wingtip vortex. It's produced by the airflow around the end of the wing. A wall-to-wall airfoil won't produce wingtip vortices because it has no wing tips.

3
How and why do wake vortices come together to form two tip vortices?
7
Can lift be created without air downwash?
10
Why do wall-to-wall airfoils in wind tunnels produce no (or infinitesimal) downwash?
3
Does shrouding a propeller minimize induced drag by equalizing the downwash velocity along its blades?
0
Why is the critical angle of attack lower in ground effect?
2
Has wall to wall airfoil induced drag?
1
Why do most authors use wingtips vortices as reason for 3D flow around wing?
3
How does downwash affect angle of attack?