How safe are extreme aerobatic flights?

Statistically, how safe are extreme aerobatics flights like this one?

The maneuvers listed are not really extreme, and it is certain that, catering for the general public, they will be accomplished at a relatively high altitude. The airplane is widely used in the aerobatic field and is generally regarded as reliable. Therefore I believe that there is no more danger than there would be if you were doing a regular flying lesson.

Edit: I have dug up some more numbers for the aircraft type. There has been one non-fatal accident listed involving an Extra 300 in the Aviation-Safety database for the year 2020. From 1992 until present there have been 82 accidents listed of which 42 were fatal, resulting in the deaths of 67 people, including spectators listed for this aircraft type at Aviation-Safety.

As far as aerobatic flying is concerned, you can refer to this article for an overview of aerobatic safety. Most accidents took place during airshows rather than during training. 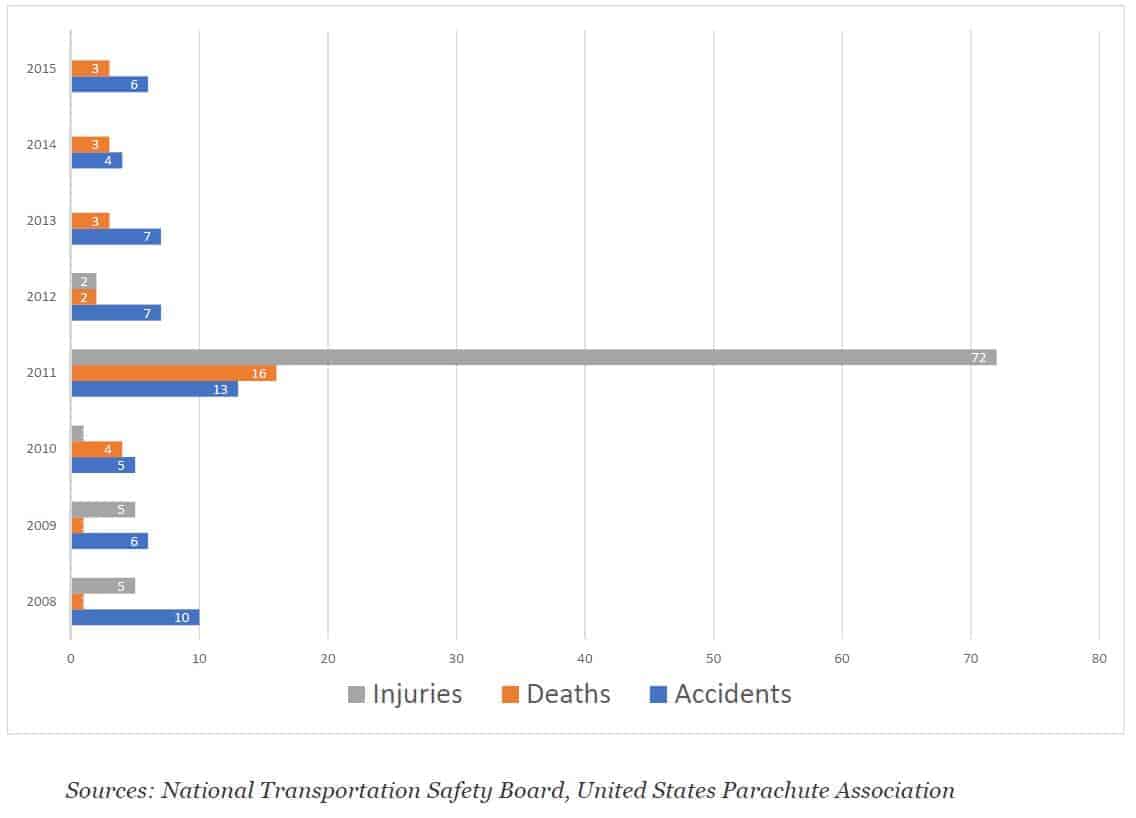 Again, my inner lawyer comes out, and I would have to say well it depends.

Aerobatic flights like the ones listed there are going to be done with a competent aerobatic pilot at the controls in an airplane specifically designed and certified in the aerobatic category. This environment is also going to be further enhanced by flying at higher altitudes as required by government regulations in air space we’ll clear of airways and that is not high density traffic. Use of parachutes and bail out procedures in case of trouble helps as well. The short and short of this is that the flight listed there would be pretty safe, if probably physically exhausting and/or nausea inducing for neophytes.

Aerobatics in general have a pretty good safety record associated with them despite requiring no official ratings - at least in the USA - to fly them. Most people have followed the rules and lived. The usual causes of aerobatic accidents are idiots doing things they shouldn’t do in planes that weren’t designed for it. The aggressive hedge fund manager in his new SR22 does a few aileron rolls then attempts to do one at low level. The airplane sinks rapidly while inverted and the haughty pilot can’t cope with the situation. The last thing he sees is a dirt berm filling the windshield while he panics, hauling hard on the side yoke and can’t understand why the airplane is shaking and not responding.

The big elements that mean the difference between a safe ride and a dangerous one when doing aerobatics are:

Nothing listed there is extreme. However, IMO, a pilot with aerobatic experience is a SAFER pilot, because they have developed a greater sense of spatial awareness, a greater sense for the limits of the airplane, and knowledge of maneuvers that they can use to get out of bad situations. While accidents do happen, they are rare, and aerobatic pilots receive special training. They wouldn't be allowed to fly if they couldn't fly safely.

Not the answer you're looking for? Browse other questions tagged safety accidents aerobatics accident-statistics or ask your own question.

40
How is fuel dumping safe?
4
Which aerobatic manuvers should I restrict myself to if I wear glasses?
4
How safe is the Beechcraft 1900?
7
Are low wings less safe for aerobatics training?
4
Are new airliners less safe than older the two first years after they are marketed?
1
Are turboprops less safe then jets?