Is it legal to fly over Vatican City?

In February 1922 one or more aircraft flew over the Vatican low enough to disturb the papal conclave then underway. In response, authorities forbade flights over all of Rome until the conclave was concluded.

About seven years later, the Lateran Treaty between the Holy See and the King of Italy included a provision forbidding flights over Vatican City.

Various changes both in technology and in regulation of aviation have happened since that time. Ninety-one years after the aforementioned incident, Pope Benedict XVI announced that he would resign as of the last day of the month, and on February 28 he boarded a helicopter in Vatican City to fly to Castel Gandolfo.

What are the current rules and practices on flights over Vatican City?

There are several Prohibited Areas established over Rome. Prohibited area 212, mentioned by @JanHudec, is not actually above Vatican City, instead it is there to protect the Regina caeli prison.

However, there is a prohibited area covering the Vatican City: P243, in which IFR traffic is prohibited below 2500 FT and VFR traffic is prohibited below 3500 FT. The AIP (ENR 5.1.1-14) notes that the area is "subject to overflyng restriction for security-safety reasons". While not mentioned directly in the AIP, presumably, there is a way to get permission to fly into the area in special cases, for example to access the Vatican City Heliport. 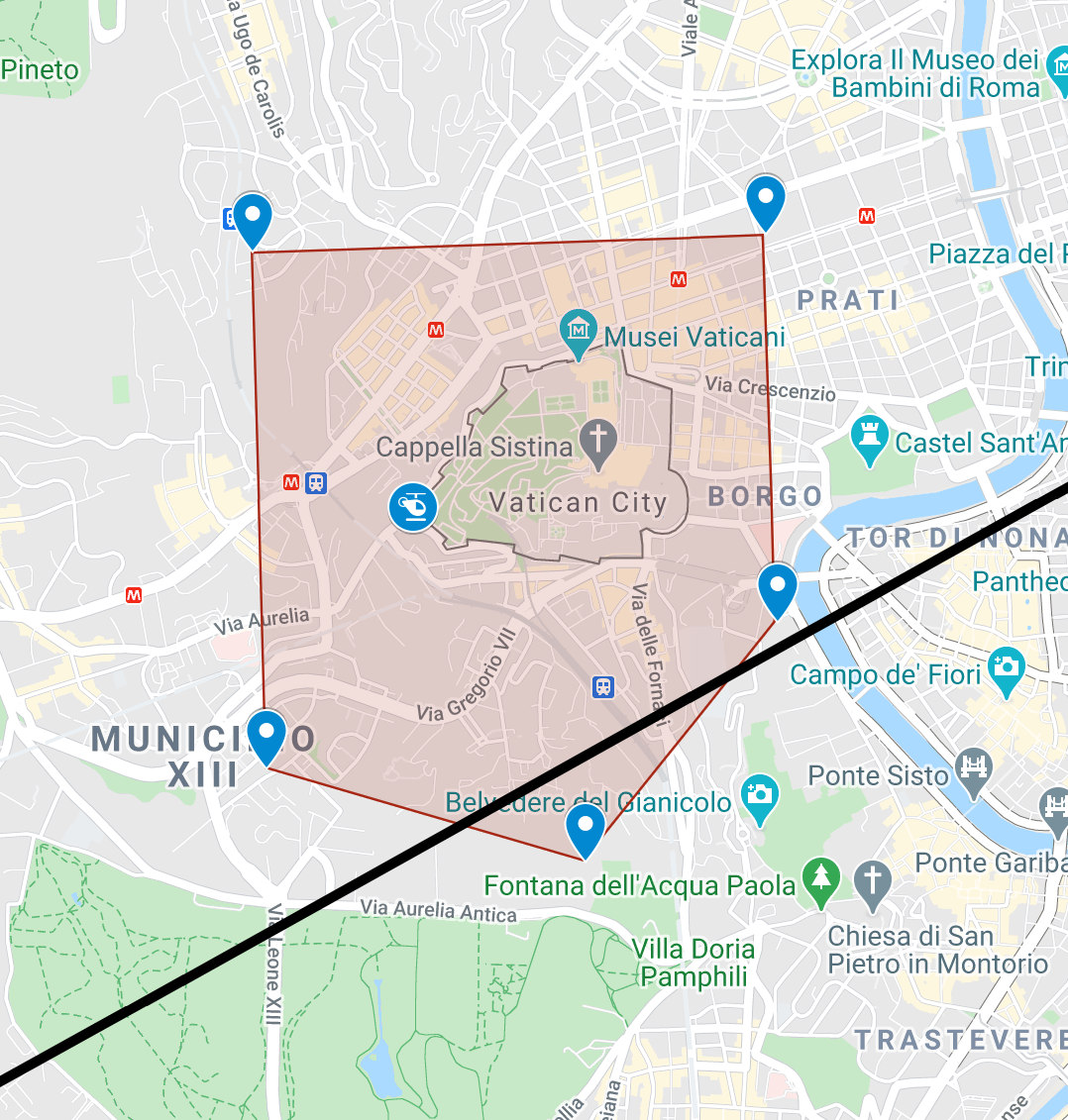 The red area in the image above shows prohibited area 243. Marked with blue is the heliport.

7
Is it legal to fly without a radio in Germany?
10
Are life jackets mandatory on planes that will never fly over water bodies?
3
Is it legal to build and fly an international aid drone?
6
What is the legal situation if a passenger dies in mid-flight?
10
Is it legal for an SEP airplane to fly above its service ceiling?
48
How close can planes fly to each other over the ocean?
23
Is it legal to board a plane dressed like a flight crew member if you are not a crew member?
1
Is this aircraft legal in Canada?
15
Are planes allowed to fly in circles, and is there a minimum legal altitude for takeoff and landing?