Why does the Eurofighter Typhoon have a long arm canard versus the close coupled canard of the Dassault's Rafale or the JAS-39 Gripen?

The Rafale and the Gripen are quite similar but the Eurofighter Typhoon has the canards far forward. I've been told that this was due to the shape of the air intake.

Apparently the Typhoon's air intake was designed to work in combination with thrust vectoring control. This feature was never implemented so I believe the canards may be less effective than other aircraft, in terms of performance, (specifically turn/pitch rate). Am I totally wrong? 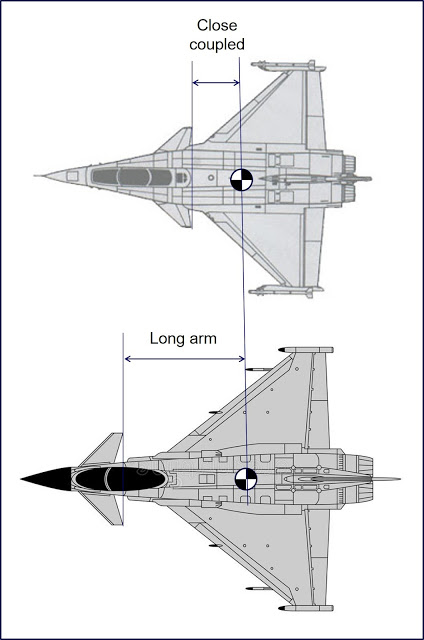 Not the answer you're looking for? Browse other questions tagged aircraft-design flight-controls control-surfaces canard eurofighter-typhoon or ask your own question.

3
Why was building the Saab Viggen such an achievement of canard design?