How can a pilot become established on the KBIV, ILS or LOC Rwy 26 Approach? 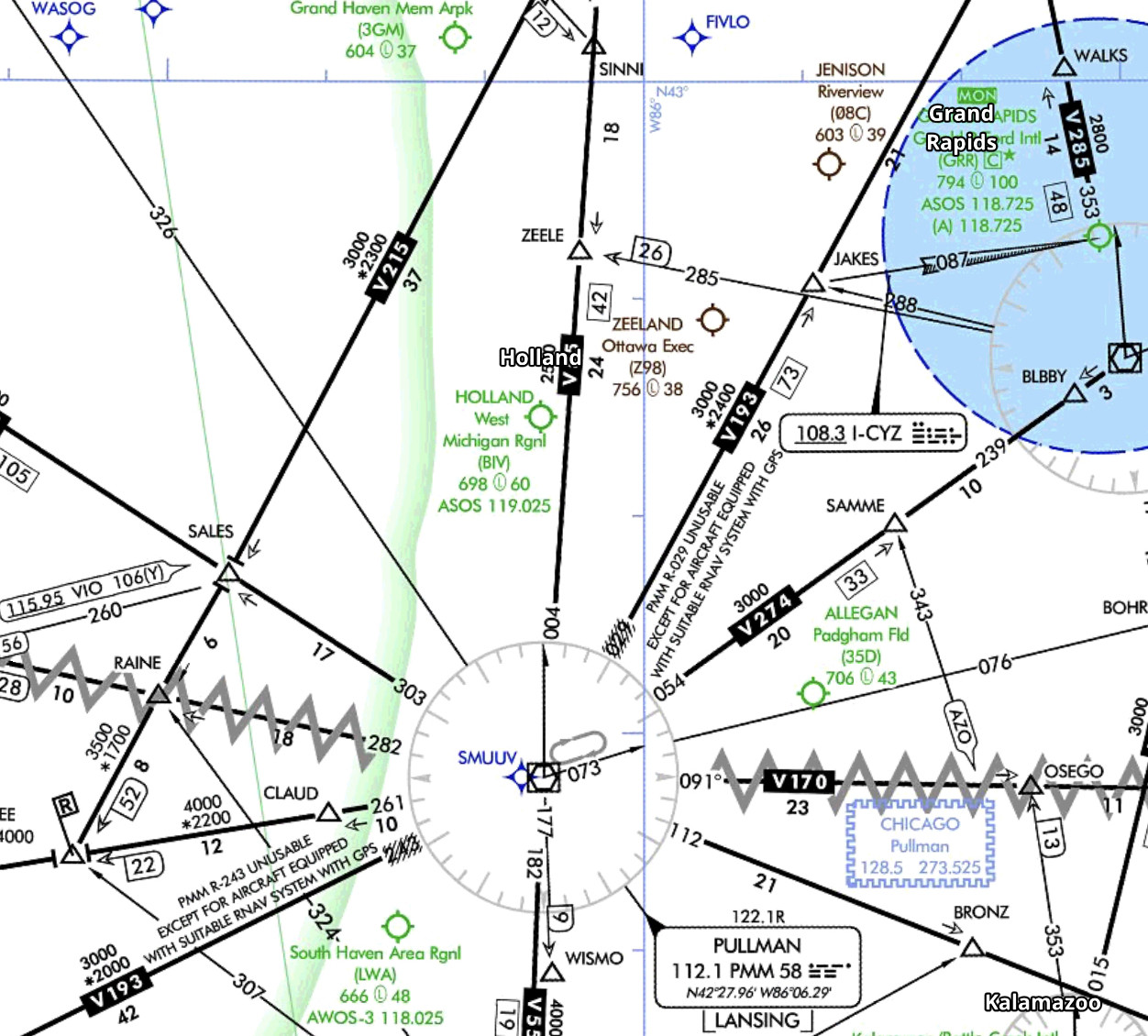 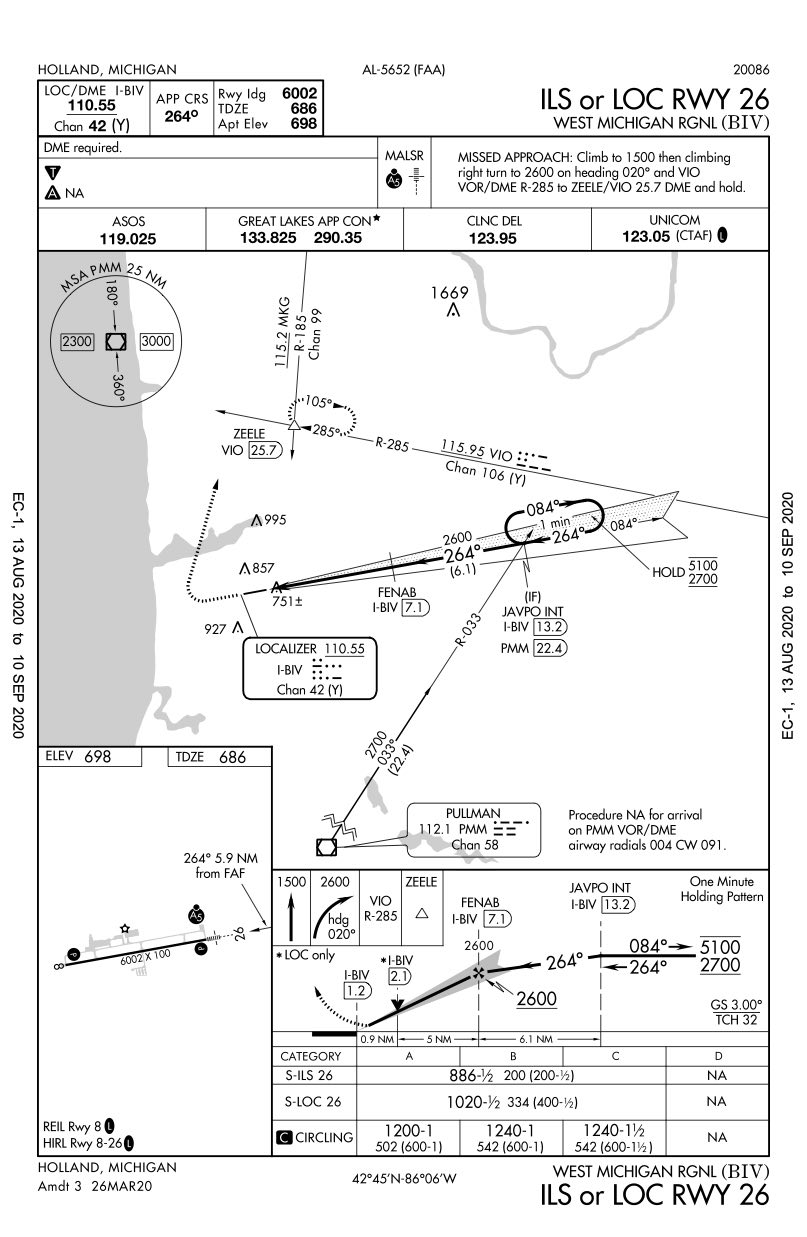 From experience, most of the time, it is vectors to final without a course reversal. My question is more about the charting, not the real world result, and what to do if the radar was broken that day...

How do I get to KBIV?

To answer question #1, you are not allowed to use this approach when arriving to the PMM VOR from radial degree numbers 004 ascending to 091. This means that you can not fly in to PMM from the Northish, Northeast, or East. This is probably to avoid conflict with the major congested area of Grand Rapids and its associated airport’s Class B airspace. Also, V170 is no longer an active victor airway. And, PMM R-29 is unusable for VOR only navigation. However, this does not preclude using this approach for local flights and radar vectoring where an arrival would not be necessary.

To answer question #2, the course reversal at JAVPO is not mandatory. It is a Holding pattern in lieu of procedure turns. JAVPO is the Intermediate Fix for the approach. You can use JAVPO or its associated intermediate leg as a gate for a straight-in approach on the IAP. Just state your intentions and get clearance to maintain spacing and separation.

One point to note is that a procedure turn should be planned anytime the angle inbound to join the approach will result in a turn of greater than 90°. This means that flying from PMM on the 033 radial direct to JAVPO without vectoring would result in a course reversal. However, you could hold on the published hold at PMM to get set up for the approach. This would necessitate holding at a traditionally very busy (aircraft dense) fix, though. Probably something both you and ATC want to avoid for a GA aircraft if possible.

I would plan to cross PMM from the west and then proceed outbound on the 033° to JAVPO and perform the hold in lieu of procedure turn and then proceed inbound. ATC does not want you to fly almost 180 turn at PMM so coming from the northeast is no good and so it is marked NA (not approved).

A procedure is always required when it is charted with four exceptions. Think the acronym SNoRT.

This is simply saying you can't approach the VOR from the northeast and then do a 180 back to the approach. Even if you could do that, you still wouldn't want to do that: why fly 22 miles past the 'IF' and then turn around? That would just be silly.

Ideally, you would either 1) simply enter and fly the hold as your entry method, 2) get "cleared straight-in" from ATC when they issue your clearance, or 3) get radar vectors to the final approach course from ATC.

Not the answer you're looking for? Browse other questions tagged faa-regulations iaps or ask your own question.

10
How to calculate the vertical profile for a LOC only approach?
13
Is it legal to fly the localizer approach when cleared for the ILS?
13
Are crossing restrictions on an ILS/LOC approach mandatory when flying on the glideslope?
5
Can light GA aircraft with FDs or couplers use the RVR reduction clause on an ILS?
9
Why do the RNAV (GPS) approaches to KAPC not use the same missed approach procedure as the ILS/LOC approach?
5
How can one fly a stabilized approach when the final approach path is curved?
8
Is a "GPS required" ILS (or other navaid-based) approach considered a "GPS approach" for alternate planning's sake when TSO-C129/196 gear is in use?
6
How to become Hybrid airship Pilot?
3
Why is the LOC RWY 26 approach at Innsbruck classified as LOC instead of ILS or IGS?
2
For KPDX LOC 21 approach, how is the procedure turn performed when entering from the east?