There isn't much more I can post about the question but in the MEL out of the 3 ADRs if ADR 1 fails on ground the MEL doesn't allow for a dispatch.

It is to prepare the aircraft for a possible Emergency electrical configuration. I hope you are aware of the fact that in an A320, if the AC BUS 1 and AC BUS 2 were to fail in flight for some reason, the RAT (Ram air turbine) extends which in turn powers an emergency electrical generator. When the aircraft is in emergency electrical configuration, only the very essential systems are powered and the others are shed. Some of the systems that are shed include the ADR 2 and ADR 3, leaving only the ADR 1 functional. The ADR 1 will continue to supply air data to captain's PFD. In this situation, the first officer's displays goes blank and the captain assumes the flying duties, if the first officer was the flying pilot when the failure occurred. 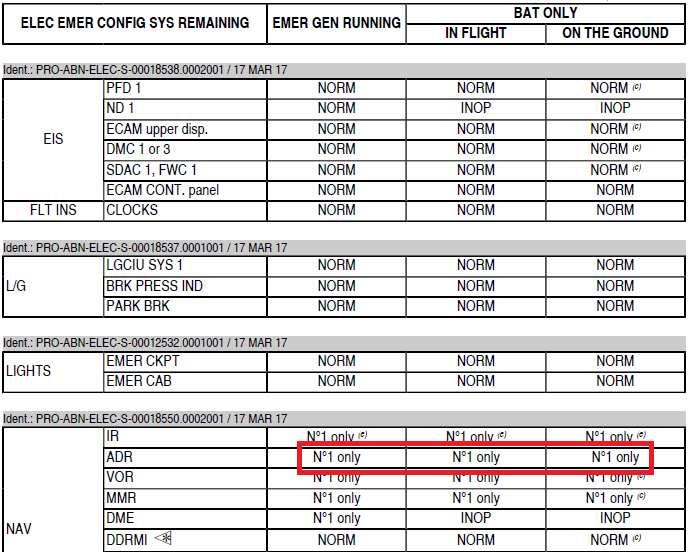 If the aircraft is dispatched with ADR 1 deferred, and if it undergoes an emergency electrical configuration, as soon as the ADR 2 and ADR 3 are shed, all the flight displays will go off, including the captain's side instruments which are supplied by the ADR 1. Then you will have to rely on standby instruments to fly which would not be the most ideal condition to be in an already crippled aircraft. Remember, this configuration will force the aircraft into alternate law. Both auto pilots, autothrust and even the flight directors would not be available.

Well, I'm not an A320 pilot or technician, however, I've done a fair amount of study of the A320 as it was the subject of a research project I did for a technical aeronautics course back in college.

The ADR1 is specifically tied to the ground proximity warning system and a fault will result in loss of predictive functions of the GPWS. This is why the GPWS TERR FAULT light will come on after an ADR1 fault. Because of this, the GPWS TERR pb-sw must be switched OFF. This presents an undue hazard for departure if the issue is discovered pre-flight.

Not the answer you're looking for? Browse other questions tagged navigation airbus-a320 or ask your own question.

0
Why does an ADIRU 1 failure disable all functions of the A330/340’s GPWS - even those not requiring ADIRU data?

3
Why do outboard spoilers deploy more than the inboard spoiler on the A320?
3
Why doesn't the A320 pack flow indicate HI as it should?
5
Does the A320 Trimmable Horizontal Stabilizer automatically reset after landing?
0
Under what conditions does the FWC give the PITCH PITCH aural call-out on the A320?
5
What is the unit for the oil quantity display in the Airbus A320 ECAM?
3
Is it possible to totally override the flight computer on the Airbus A320-family (in simple non-technical terms)?
2
How can I find which engines are used on the different A320 weight variants?
6
Why was the “Dispatch Reliability” of the A320 “low” during its first years?
1
Why are the affected engine's bleed and pack switched off when there is an engine bleed under MEL?