Is it possible to increase available take-off distance for a seaplane by turning?

In the video below an A5 had an accident after takeoff. The final cause of the accident seems to be a sharp increase of AOA above stall.

Do sea planes have an alternate technique for takeoff from tight spaces. Let me draw what I mean: 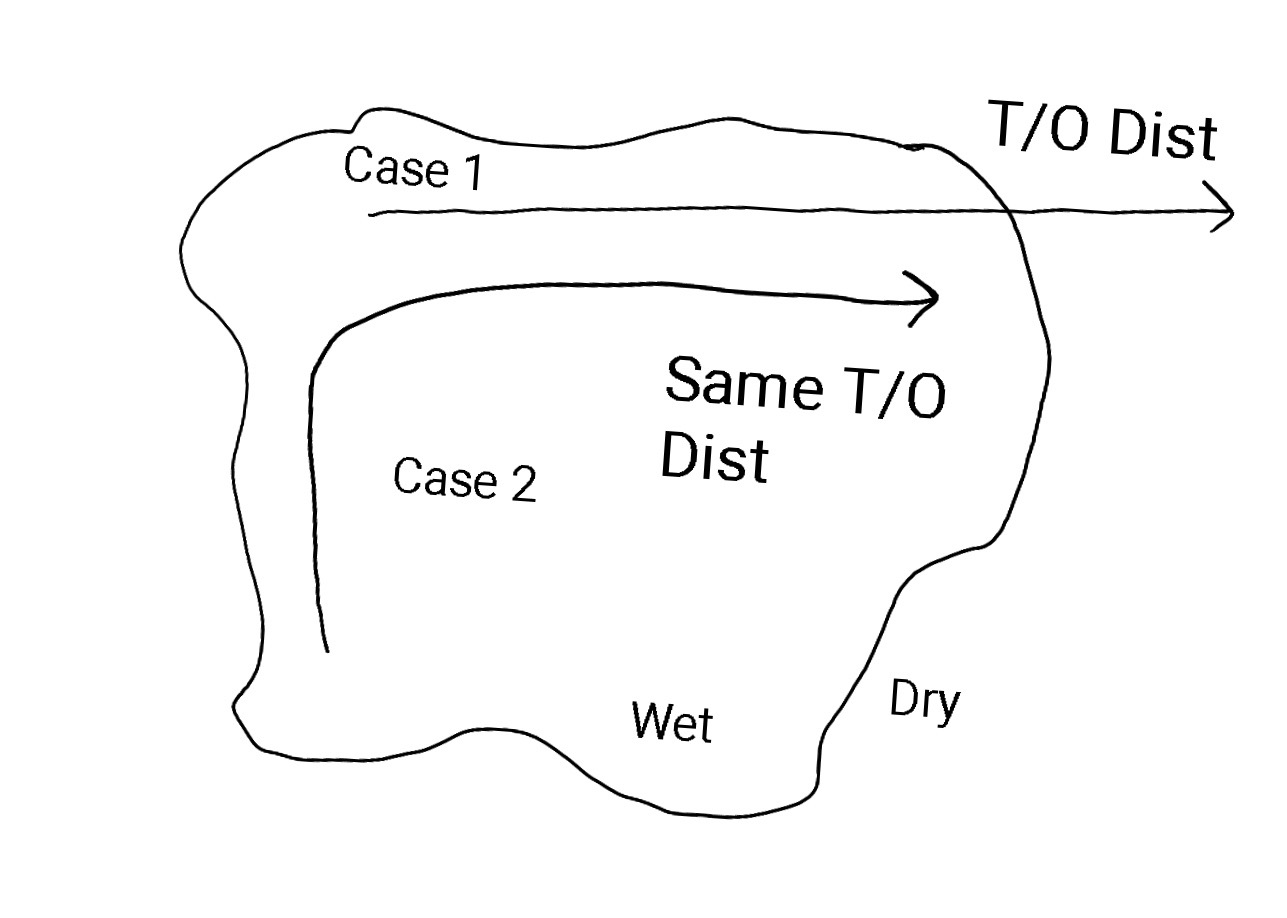 So in case 1 take distance available for T/O is not enough. Is there a procedure such as in case 2, where you use one side of the lake to accelerate to some speed and then turn to main leg to complete the takeoff?

Yes when I was bush flying in Northern Ontario (C-185 on straight floats) I used turning takeoff runs from time to time when loaded and with limited space. You start the turn once on the step. Step turns are a normal skill on floats although it's not a good idea to do it on choppy water in high winds.

The guy in the video had insufficient space to take off even with the turning takeoff run and it looks like he couldn't be bother to head farther down the lake to get a better into wind run. I wouldn't have done a turning takeoff like that in that sort of windy chop. I would've started right at the far shoreline as far as I could go, and determined a go-no-go point using a landmark that was about 2/3rds of the total run. If you're not airborne fairly quickly (by water takeoff standards) in that kind of wind and waves, something is really wrong or your airplane is grossly underpowered. I suspect that guy was overweight.

Not the answer you're looking for? Browse other questions tagged takeoff accidents stall seaplane icon-a5 or ask your own question.

10
How does early rotation increase the likelihood of a tail strike at take off?
8
What are the meanings of various reference lines and sections in a take-off distance graph?
10
Why is the IFE only available after take-off and shut off before landing?
27
Is it possible to take off on an elevated short field by "falling"?
29
Is it possible to sail a seaplane?
2
Is there a formula to calculate take off runway distance for commercial planes?
4
Can a seaplane make a long distance sea voyage on the sea?
9
Why would a pilot on final to a towered airport not speak up when ATC clears another aircraft to land on the same runway, without mentioning them?
5
Why would one want to slow to V2 following an engine failure during takeoff?
9
What are the disadvantages for using short-field take-off technique?