If we know that pressure act prependicular to the surface why this two upper elements are "almost" vertical?

It seems to me that they produce "tons" of drag instead lift.Resultant force point to far back,instead down! 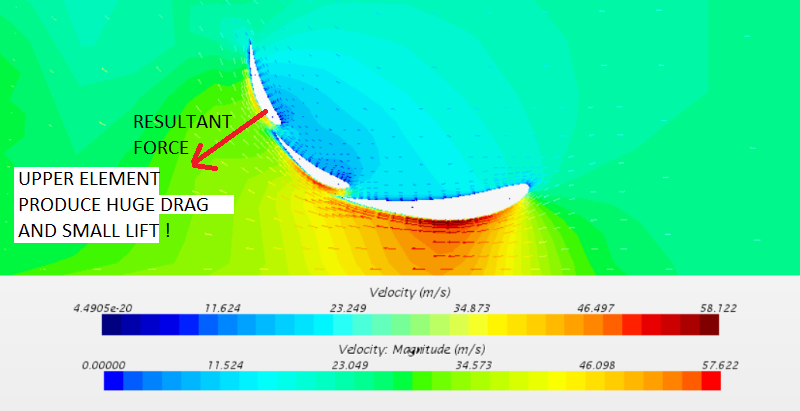 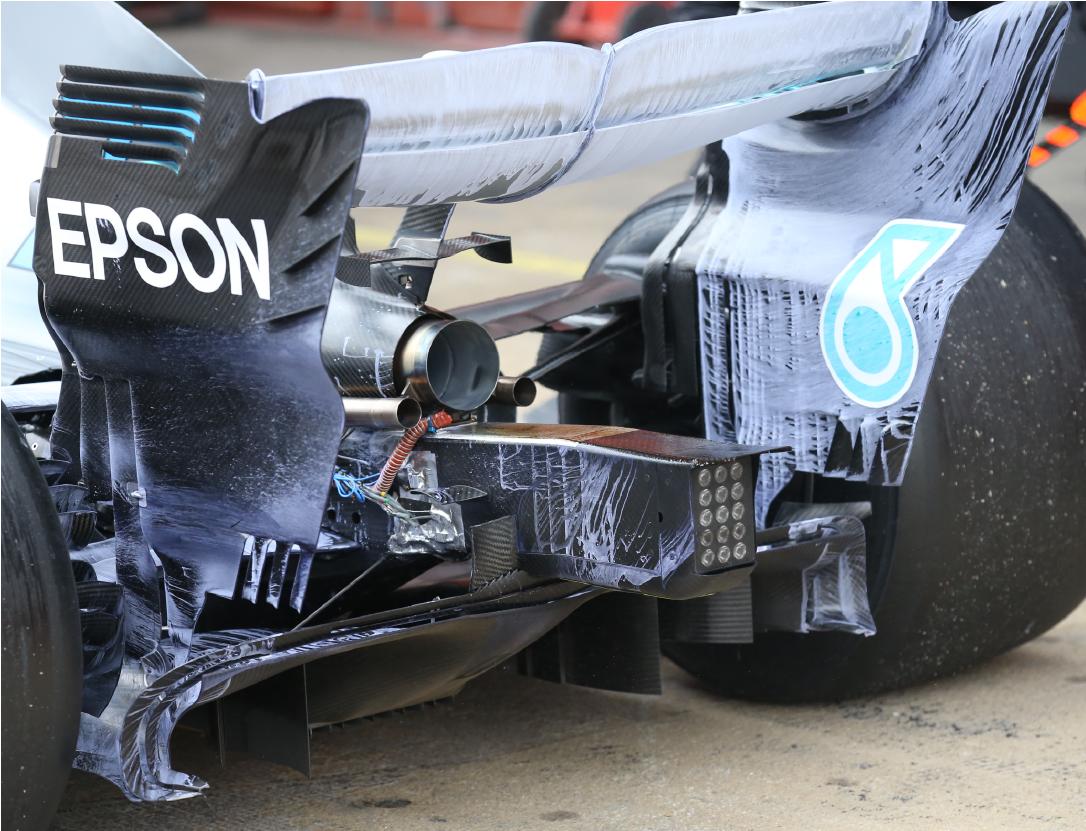 Excellent application inverted on the drag racer, which brings home the point perfectly. If you have enough excess thrust, devices like these can dramaticly increase Coefficient of Lift, but at the cost if loss of lift efficiency, or lower lift to drag ratio.

In the case of the dragster, more propulsion efficiency is lost if tires break loose from the pavement, so the drag of the "inverted Fowler flap" is an acceptable trade-off to the downlift increasing traction.

As mentioned in comments, this is why the Fiesler Storch requires 240 HP to achieve its legendary STOL performance.

And just as flaps 10 is better for lift than flaps 30 for taking off, one might question the need for the second and third flap on a lifting wing, but heavy airliners love them when coming in to land as Fowler flaps.

This looks very much like a Formula Student/Formula SAE wing!

The idea of the multi-element wing is for all three elements to act together, rather than as seperate sections. If you look at all of the elements joined together (imagine there are no slot gaps), the suction surface should form a constant curve* which is informally known as the camber line.

The unified camber line produces would produce a huge amount of load if the flow could stay attached to it. Unfortunately it is far too aggressive for the flow to stay attached. By splitting the section into multiple small sections, the boundary layer that has lost a lot of energy are shed, and a new higher energy boundary layer is started.

Unfortunately the first design is badly separated on the second and third elements. This is very commonly done by Formula Student Engineers, who chase headline numbers, rather than designing an efficient aero package.

For using a multi-element wing for slow flight airplanes, unfortunately these aggressive designs create lots of load, but also lots of drag. For an F1 car, the drag polar can be anywhere between 3.5 and 5 depending on the configuration. FS/FSAE designs like you have shown are going to have drag polars are in the range of 5~10 for a front wing with the benefit of in-ground effects, and down to 2 for a rear wing!

There is a fantastic paper called High-Lift Aerodynamics by A. M. O. Smith which I highly recommend you take a look at. It takes you through all of the theory and examples of how and why multi-element wings work.

* The curve should actually have small steps in it to give space to the extra mass-flow that comes through the slot gap.

No, it is not if you are not limited in wing area and / or wingspan.

The other answers already do a splendid job explaining how this multi-element airfoil works and that it creates a lot of drag.

Now look at slow flight airplanes – they all use high aspect ratio wings without complex flap systems. Doing this gives them better efficiency. Yes, they need more wing area and wing mass to achieve enough lift, but at low speed the friction drag increase caused by the larger surface is small. On the other hand, their induced drag, which is dominant at low speed, is kept small by the high wing span.

The induced drag of the multi-element airfoil, on the other hand, is prohibitive, as is the pressure drag caused by the incidence of the rear elements (which actually is induced drag) and possible flow separation on the upper surface. This makes the multi-element airfoil less efficient: It needs much more power for the same lift. With race cars that makes sense: The wing cannot be wider than the car itself, and in order to develop the maximum possible downforce, an inefficient way of producing it has to be selected. With airplanes, no such restrictions exist and the glider-like wing is the better choice.

16
Why would maximum fly-time (endurance) not coincide with max L/D operating point?

20
Do box-wings suffer from induced drag the same way as normal wings?
2
Are these pressure and velocity distributions calculated by CFD simulation correct?
8
Is the low air pressure on top of the wing the major contributor to lift?
8
What prevents BFS from becoming unstable when pitching from horizontal to vertical?
0
Pressure Distribution Pattern around Wing
1
Is it possible to design a GA plane with a 5' -10' wing span?
0
Polars for multi element foils?
8
Just how do the underbanking and overbanking tendencies work?
1
Wing vs wall to wall wing,total drag comparation at same AoA?
3
Why do low pressure arrows point away from the surface if the pressure/air cannot pull/suck?