Why do all the rings of MH370's transmission locations have the same origin point?

This question originates from the video "The Vanishing of Flight 370", by Lemmino.

While these transmissions did not contain any information about the flight's position, investigators were able to measure the distance between the satellite and the aircraft at the time of each transmission, based on how long it took those transmissions to be sent and received. This generated seven rings of possible locations, from which seven of these transmissions are thought to have originated.

And this diagram is displayed: 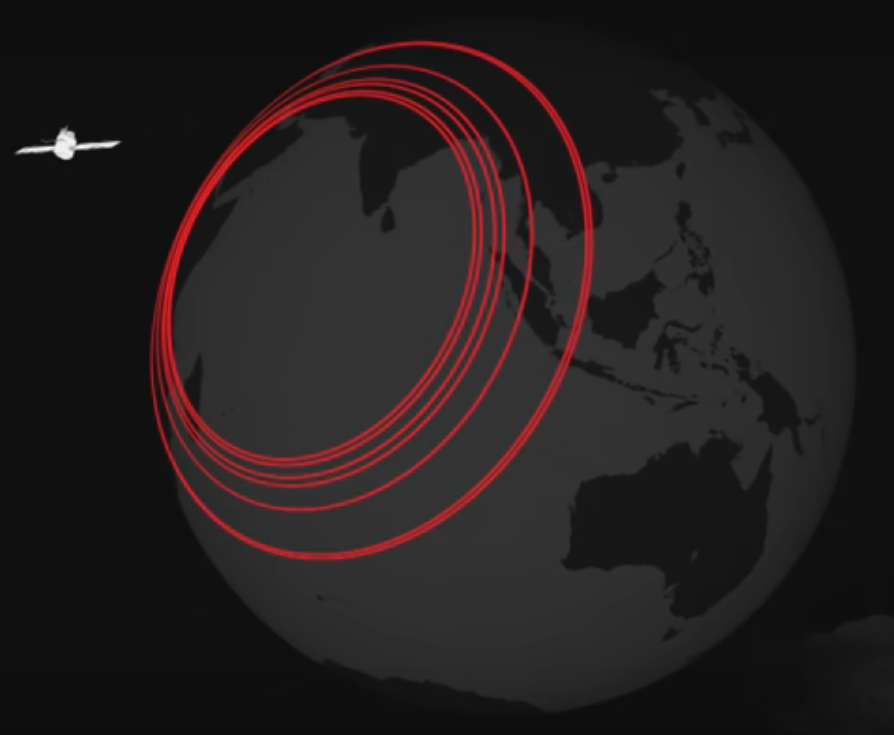 But something about the visual strikes me as odd: don't satellites move? I thought they had to keep orbiting or they would crash. So why do these rings of transmission locations, taken over a roughly six-hour period, all show the satellite above the exact same place? Clearly something about my reasoning must be wrong if the investigators never considered it.

Because the Inmarsat 3 series satellites that were used to transfer the ACARS system data are geostationary. They orbit at a speed and altitude that causes them to stay in the same location with reference to the earth. The signals were received specifically by the Inmarsat 3 F1 satellite which was, at the time, geostationary over the Indian Ocean.

10
Why does the MH370 ATC transcript never mention QNH? When is QNH given to aircraft?
7
How unusual were MH370's final ATC exchanges?