Why is the A380's fuselage designed with a flat bottom?

I want to know if there is some explanation for why the A380 bottom is flat instead of the oval shape, just near the wings. 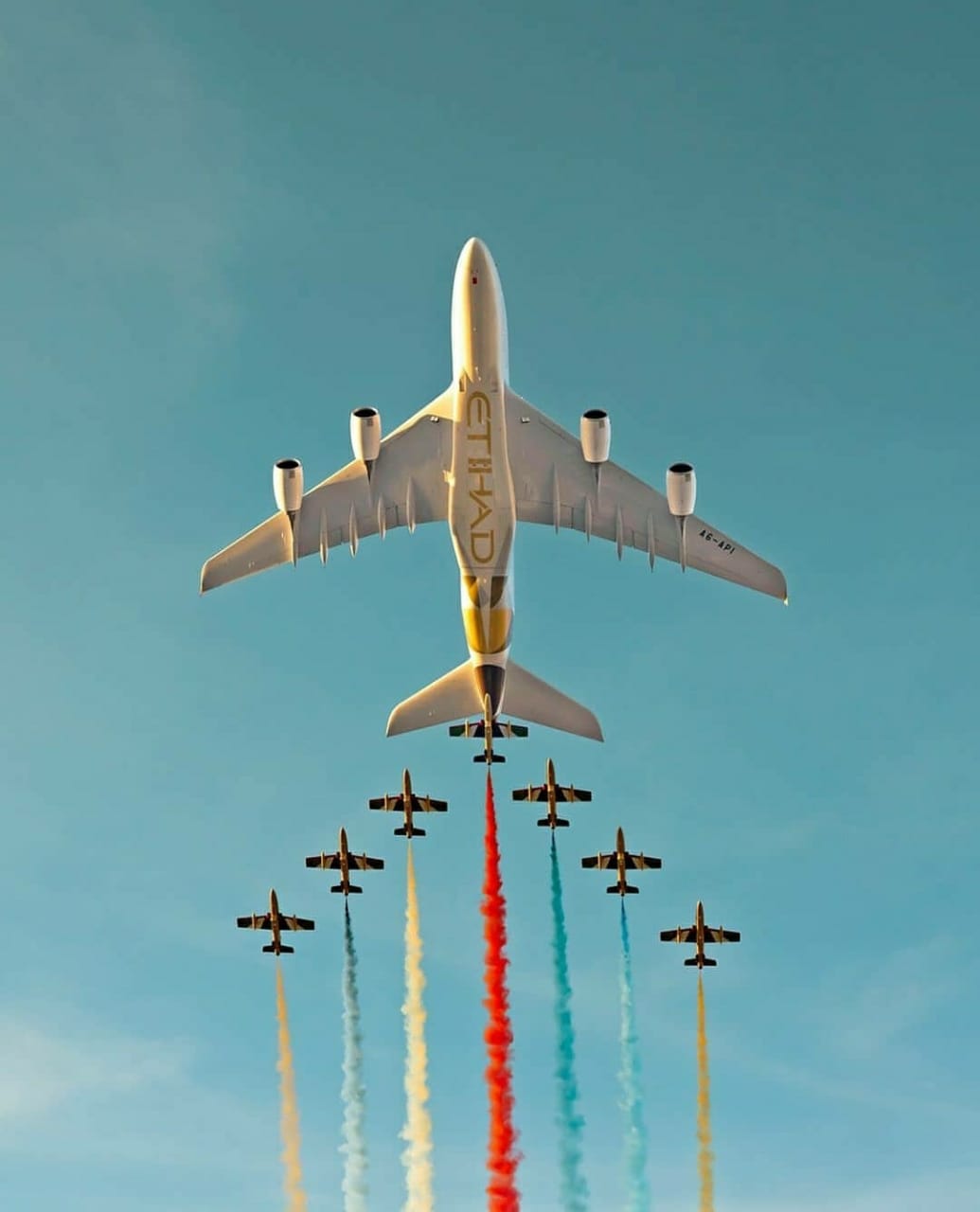 There are 2 main reasons: 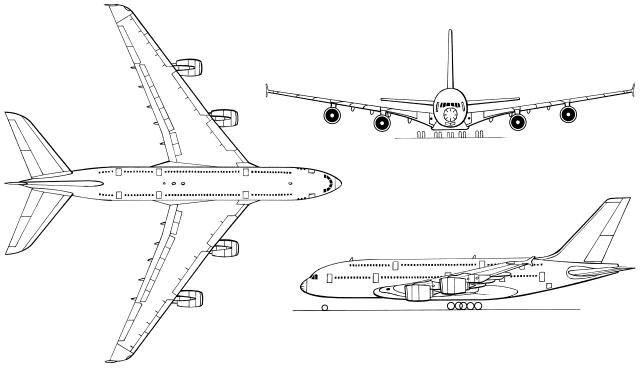 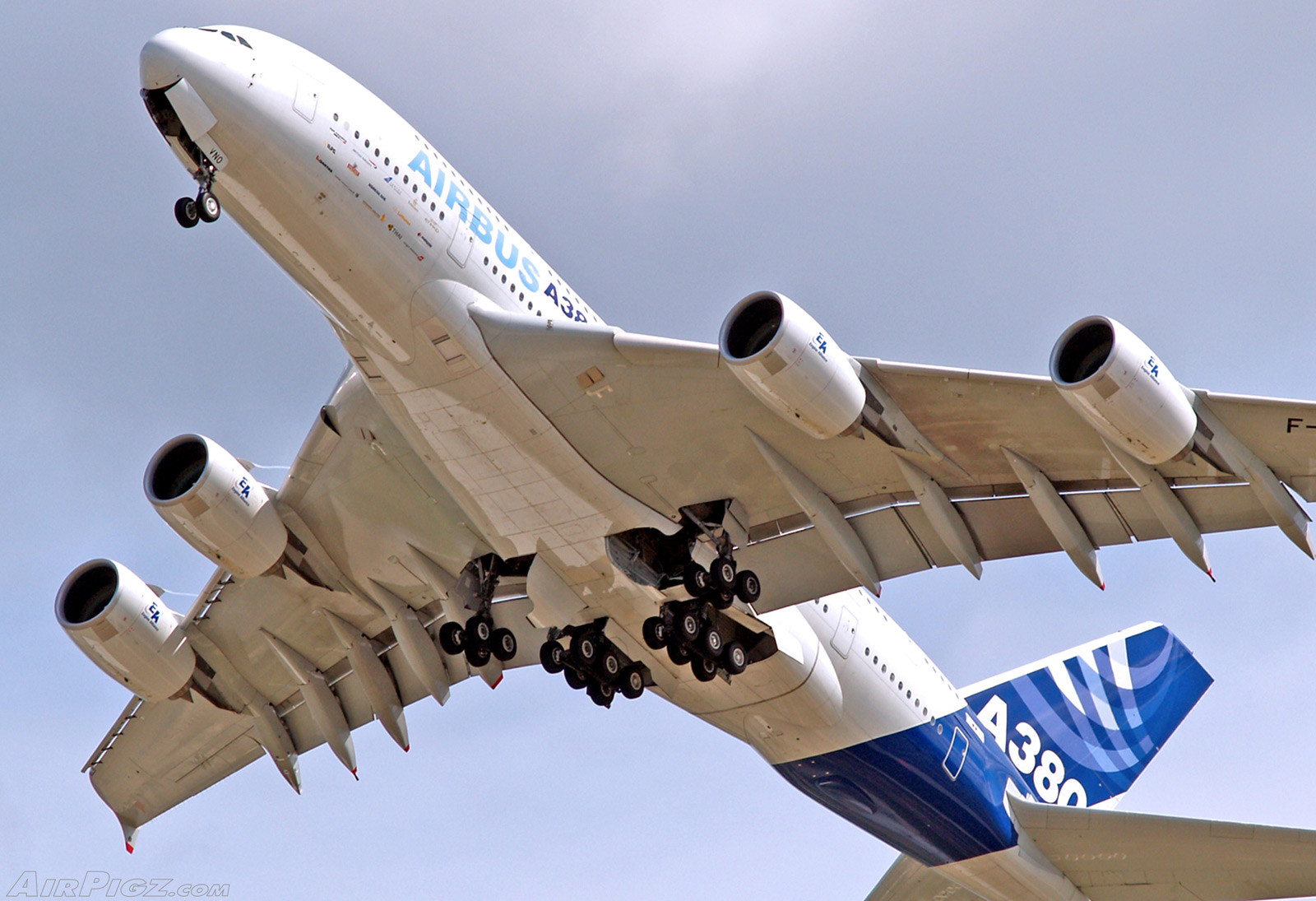 Another image showing more detail of the structure: 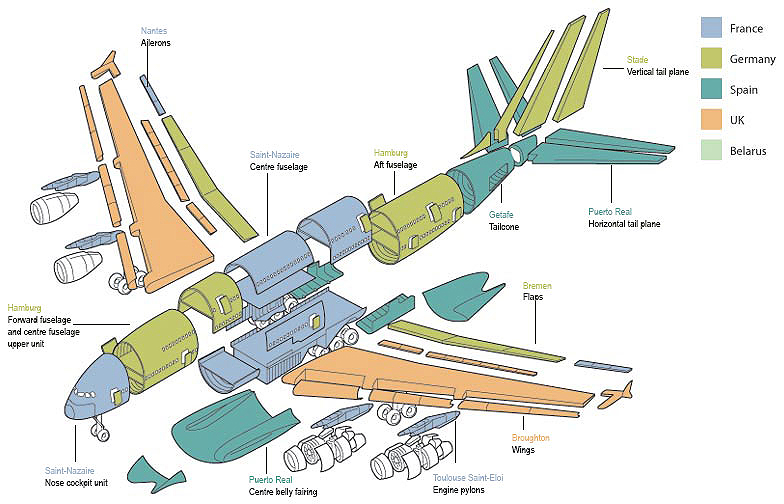 Hobbes' reply has some of the main reasons, but there's some more:

That flat bit is called the "belly fairing", and its functions are:

You can look at lots of airliner pictures, and they all have some kind of belly fairing, but the A380's is probably the biggest one. That's probably because it has a very long wing chord, a huge wing, and more and bigger landing gears than most other airplanes. Because volume (thus weight) scales with the 3rd power of size, but structural strength only with 2nd power (i.e. cross-section of structural elements), that means it has to be build a bit sturdier and less slender than smaller airplanes. It was also originally planned as the smallest version of a family of aircraft, with one or two versions having longer fuselages -- that makes the belly fairing look even bigger compared to the fuselage.

Not the answer you're looking for? Browse other questions tagged aircraft-design airbus-a380 fuselage or ask your own question.

50
Why are the Boeing 737 nacelles odd shaped?
4
Does the A380 have more than one auto-brake disengage switch?
6
Why would a passenger airliner be missing windows in the fuselage?
17
Why was the A380 built with a gull-wing design?
22
Why Is This Tyre Square On The BA A380?
8
Is there anything wrong with this more symmetric aircraft design, and why isn't it used?
5
Is there any particular reason the A380 doesn't have a centre wing tank?
45
Why is the lower deck of the Airbus A380 curved like a single deck airplane?
4
What is this intake bottom the wing of C-5 and why is it placed there?