What are some examples of holding?

What are some examples of holding instructions and how to enter them? I understand entry with direct, teardrop, and parallel. Just having a hard time coming up with formulating the procedure. Example; C172 hold south of ABC VORTAC. Does that mean race track is the 360 radial and holding south of the vortac?

Remember, radials come from a fix. You cannot hold south of a VOR on the 360 radial in the same way that you could not hold east on a 270 radial using the VOR as the holding fix.

You could hold south on a 360 radial, but the fix would have to be somewhere away from the VOR. For example, if you're told to hold south of the 10DME on the 360 radial, that could be done.

What that would mean is that your fix, for the purposes of the inbound course, would be the 360 radial of the VOR at the 10 DME distance. So your racetrack pattern would be south of the point 10 miles north of the VOR (per the compass rose's north). 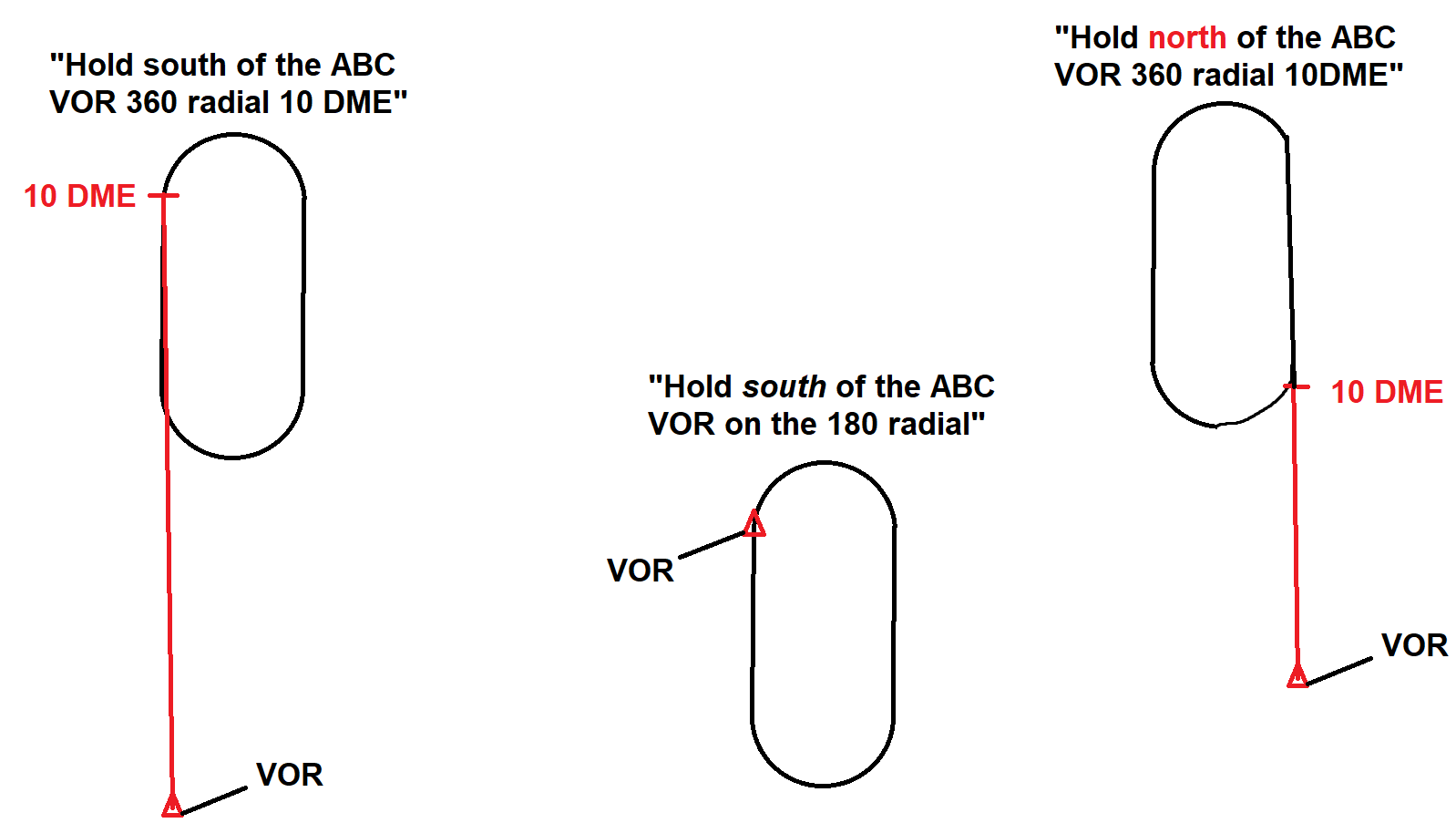 A holding instruction will usually include:

Published holding us easier for both the pilot and ATC, but sometimes impossible due to a weather system impacting arrival routes. Plenty of non-standard holding is issued as published patterns are covered by convective activity.

Not the answer you're looking for? Browse other questions tagged holding or ask your own question.

6
What's the correct ATC phraseology to enter a nonpublished hold?
0
How do I determine holding pattern entry and direction in this example?