What is the temperature range of engine mounts connected to the pylon?

I want to know what is the temperature of the engine mounts in modern turbofan engines for example, Rolls Royce Trent 900. Also, what are the temperature considerations you need to make while designing a pylon?

This is an order of magnitude educated guess:

Based on this picture from Wikipedia: 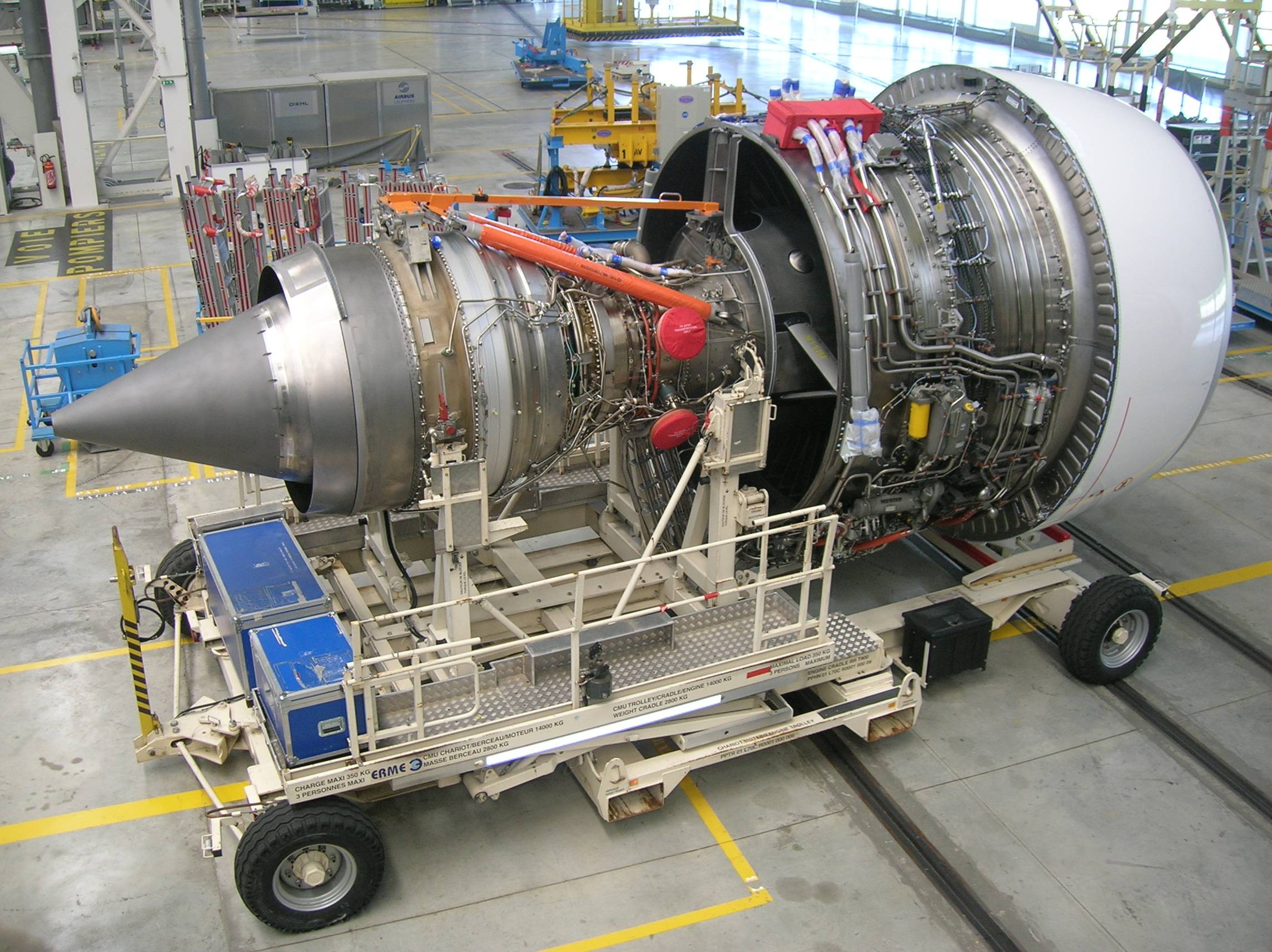 You can see that the aft mount is attached to the turbine rear frame. As such, it'll get relatively toasty. I'd say maybe 900 - 1000 F.

The forward mount is attached to the fan frame just above the compressor case. As such, it will be much cooler. Maybe 200 - 300 F.

in response to the comment, no it's not the big red box at the front. That's approximately where the forward mount would be in a typical Boeing style engine, but Airbus does it a little differently. In the below, I found an image of a model of the pylon (from here), and showed where the pylon meets up with the engine. The left most line points to the aft mount, the middle line to the forward mount, and the forward line meets up with the inlet (not a mount, just to show you how it lines up). The top orange bar in the engine picture, and the lower white bar in the pylon picture are ground support equipment. Would be removed when the engine is attached to the pylon. 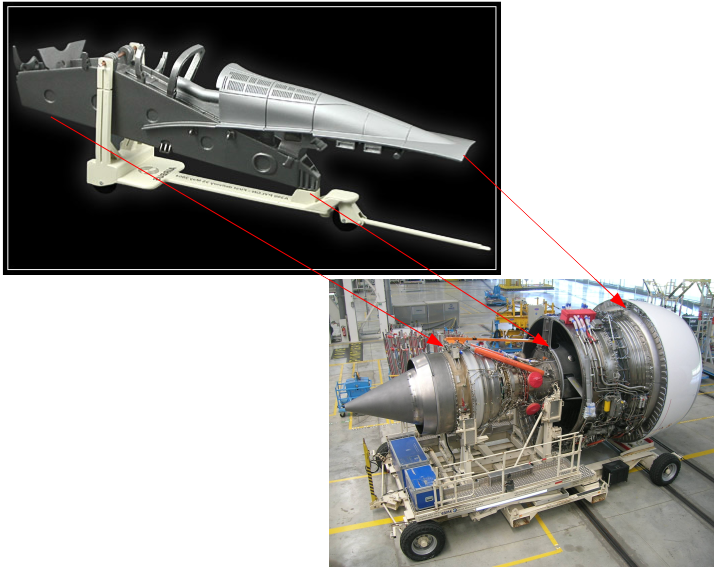 Not the answer you're looking for? Browse other questions tagged aircraft-design jet-engine turbofan engine-design turbine or ask your own question.

16
How are engines mounted onto wings?

5
What is the clearance between a fan blade and the nacelle?
18
Why do large turbofans generally have many more LP turbine stages than HP turbine stages?
1
What are the pros and cons of adding a gearbox to larger jet engines?
6
What is the fan tip speed at maximum thrust?
3
What does it mean when an aircraft engine is de-paired?