How does a diffuser (in ground effect) accelerate the air in front of it?

A diffuser reduces speed and increases pressure, so how does a diffuser accelerate air in front of it if we have an adverse pressure gradient situation?

Wouldn't be better that we put the lower pressure (instead of higher) on end which will "pull"/accelerate air in front of it? 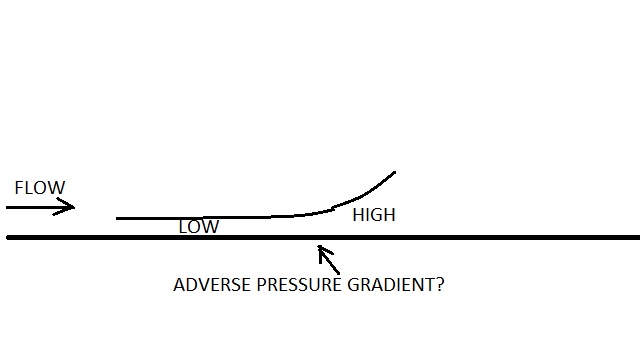 Even though this isn’t strictly an aviation question, it does involve aerodynamic principles.

To put it simply, the diffuser’s main purpose is to gradualize the transition from rapidly flowing air under the car’s body as it transitions back to the speed of the ambient air behind the car.

There is a high pressure zone in front of the car from air particles colliding with the vehicle, and a low pressure zone in the wake behind the car as airflow is attempting to rejoin on the other side. This high to low flow draws air under the car where space is limited. This limited space results in an increase in speed and a decrease pressure, thus increasing downforce as the pressure below the car is less than the pressure on the top and sides of the car. This is Bernoulli’s equation at work.

However, the rapidly moving air experiences adverse pressure gradient at the rear of the car and airflow separation results in significant turbulence. This turbulence not only increases drag, but limits how quickly air can be evacuated from underneath the car. By carefully shaping a diffuser, the airflow can be slowed more gradually, easing its transition back into the ambient flow, minimizing turbulence which increases the flow speed under the car, decreasing the pressure and increasing downforce on the wheels even further.

The diffuser is shaped to increase the airflow speed in front of this funnel to ‘push’ a low pressure zone in front of the funnel, more effectively drawing air into the diffuser.

Not the answer you're looking for? Browse other questions tagged aerodynamics fluid-dynamics or ask your own question.

31
Why the ground effect has such a different outcome for wings and cars?

5
Can we borrow Formula One's ground effect for airplanes?
5
How does the relative wind on a propeller, strike the blade from behind (the non camber side)?
4
How does wing flex reduce wave drag?
15
Does the pressure at the static ports drop as the aircraft's speed increases?
2
What causes the adverse pressure gradient that leads to flow separation?
8
What is the “compression ratio” of air hitting the nose?
8
Why is ground effect greater over smooth hard surfaces?
5
How changes in Air masses, Air flow direction and intensity affect lift?