Is propeller wake turbulence quantifiable based on operating conditions?

I know the propeller does work on the air and thus the flow behind a propeller is higher than the airspeed. However, what is the quality of this flow? If I were doing a heat transfer analysis of an object behind a propeller, other than the accelerated flow speed, the effect of turbulence would matter too, where turbulent flow will contribute towards higher forced convection. I'm not sure how to quantify the added turbulence from a propeller. Is there a simple rule of thumb?

As a rule of thumb, use fully turbulent flow at the elevated speed of the propeller wake on all surfaces wetted by it. The speed increase will result in higher friction drag compared to the propeller-free case and results in a drag increase that looks about right.

For pretty pictures you can consult this paper which analyzed the propeller wake - wing interaction on a C-130 J with 6-bladed Dowty propellers using CFD. The picture below is taken from this paper and shows surfaces of the same vorticity. 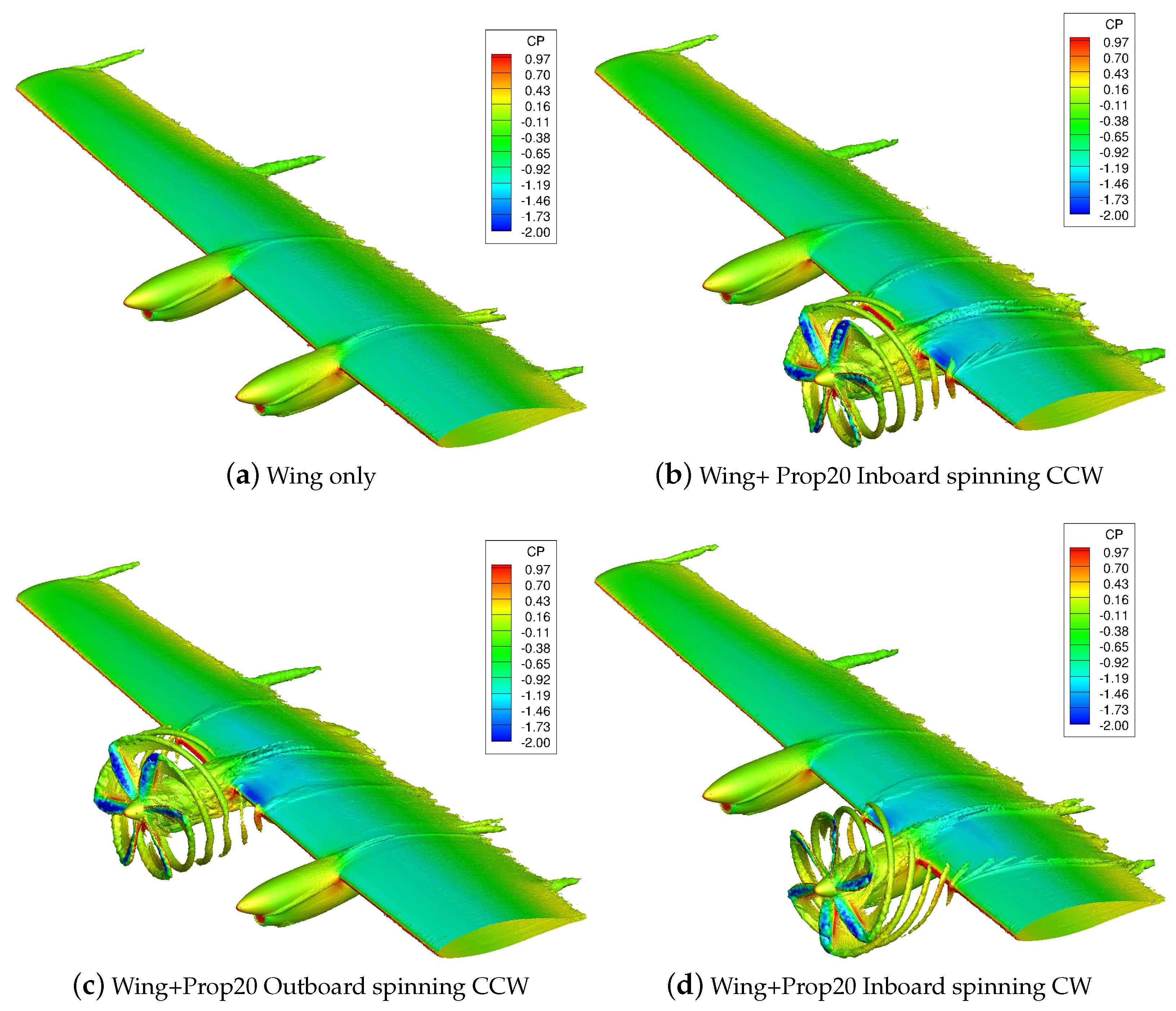 CDF simulation of propeller-wing interaction. The tip vortices of the single propeller blades can be seen impinging on the wing surface which suggests that local flow speed will vary with the frequency of the propeller wake hitting the wing. Also, the local turbulence is higher on the side of the down-moving blade. However, most of the wing surface shows only a minor increase in local turbulence, judging from the vorticity of the wing wake. Note that the engine air intake - nacelle intersection contributes a wake of its own which technically must be added to the propeller effects.

However, I doubt those details can be accurately subsumed in a simple rule of thumb; therefore I recommend to use a constant, elevated flow speed on all areas wetted by the prop wake.

Not the answer you're looking for? Browse other questions tagged propeller airspeed turbulence wake-turbulence or ask your own question.