What is the maximum pitch for the Boeing 787 Dreamliner? 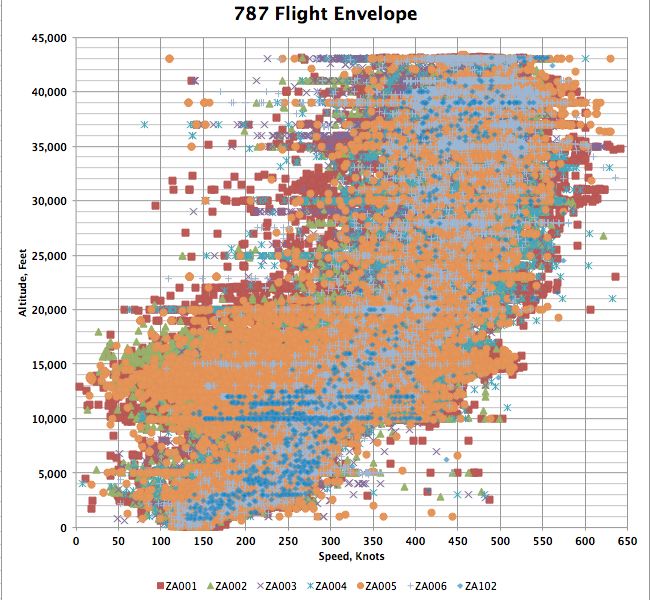