What is the best procedure for landing at my destination if I have a full electrical failure at night?

What is the best procedure for landing VFR at the intended destination airport and I have an electrical failure, in the following scenario?

Let's assume this is a VFR flight and I'm 50 miles from the departure airport in the United States, which is a cross country flight. There is no issue with the weather. I have noted no issues with the Cessna 172's electrical power at run-up prior to takeoff, I have at least an hour of fuel reserve and meet all the 91.205 requirements.

I then experience an electrical failure during the en-route phase to the intended destination airport, and I have done the necessary checklist to try to solve the issue but it doesn't fix the problem. As I approach the vicinity of the airport, I key the mic seven times (high intensity) and no runway lights appear. I expect it is too risky to land on the road because there could be power lines nearby.

I found the following scenarios on the internet but they don't answer my question:

I came up with my scenario myself because I can't find information about it on the web. It would help me if you could provide suggestions and tips on what I should do or not do when this happens to me in the future.

Here's an investigation report on this very sort of thing in Canada. Note that the standard procedure to alert ATC that you have a total electrical/comms failure is to fly a left hand triangle twice with 2 minute legs, every 20 min. If they can see your non-transponder target they will quickly get the idea, and then make allowances for whatever you do next As with IFR comm failure procedures, you should be careful to make the "next" thing you do the most logical thing for the controller to expect.

If there was an operational controlled airport with lights that was the only safe place to go to get down in one piece, I would proceed there doing the triangles, then when in visual range of the tower do another triangle until I got the flashing green light from the tower. And if I didn't get the light, and I was running out of fuel, I'd just go ahead and land.

Important thing to remember in aviation is that the regulations aren't a suicide pact, and once it's life or death, you do what ya gotta do, end of story, and while you may have to do a lot of report writing, if you crossed some lines taking reasonable action to save yourself and passengers, you won't get busted for that - hopefully.

If you're stuck with no other airport to go to with lights, and your darkened destination is the only option, well, you kick yourself for being so foolish as to fail to make allowances for that eventuality (which is not really that improbable), take your chances, and hope it turns out.

Of course, it is the early 21st century, so you should have your phone with you no? So unless you left it behind or the battery is dead, call somebody. The destination airport operator to turn the lights on. Someone you know there that can light up the runway with a few cars. An air traffic control unit. 911 even.

While full electrical system failure is uncommon, it does happen. It has happened to me personally on a flight over north Texas, due to an alternator failure. It's important to discern the cause as best you can and assess the remaining resources at your disposal. For example, in my case, I was able to preserve the remaining battery power by turning off all electronics until I reached my destination, only reactivating my transponder and radio when it was time to enter the mode C veil, notify ATC of my predicament, and request landing clearance.

Remember, if you truly have total electrical system failure, including no battery power, your radio and transponder will not be operational - so keying the mic to activate runway lights will not be an option, and neither will squawking 7600. This is why it's always a good idea to bring a backup handheld radio with you in the cockpit.

Unless it involves a fire, electrical failure does not affect the aircraft's ability to fly, so landing off-airport should not be necessary. If your transponder and radio are dead, landing at an uncontrolled airport is probably your safest bet. Most of the time, traffic is extremely light at these airfields during the evening hours, and some leave the runway lights on from sundown to sunrise. You did bring your AF/D, Sectional Charts, and a flashlight on this night flight, right? Just navigate to the best, closest option with adequate lighting, and observe from a distance - other aircraft will probably not see you with your lights out, and you won't be able to listen for traffic advisories on the comm. Once you're certain that the pattern airspace and runway environment are clear, you can make your landing. Keep in mind that you will not have a landing light, and the dark runway can come up at you quickly. Keep your descent shallow and slow, and be prepared to tease the runway as much as possible using the edge lights as a reference to avoid a hard landing.

Now that you're safely on the ground, wait 2 weeks, then tell your story over beers and make it sound like an epic adventure.

Some pilots disagree with the use of an uncontrolled field under these conditions. Ultimately, as the PIC, it is always up to you to determine the safest course of action and always fly within the limits of your own experience and preparation. If you do decide to proceed to a controlled field, this is, of course, a perfectly acceptable option. With no radio or transponder, you should remain outside of the Class D until you can determine the direction and flow of traffic. Then and only then should you enter the traffic pattern while maintaining visual contact with the tower, watching for light signals. Because this is a nighttime scenario with dead electronics, the tower will likely not be able to see your acknowledgment of these signals via wingtip dipping, nor will you be able to utilize your aircraft lighting. It is likely that ATC will quickly ascertain your compromised state and will coordinate traffic separation and pattern clearance on your behalf. Regardless, you must be prepared to comply with any light gun instructions that you receive. 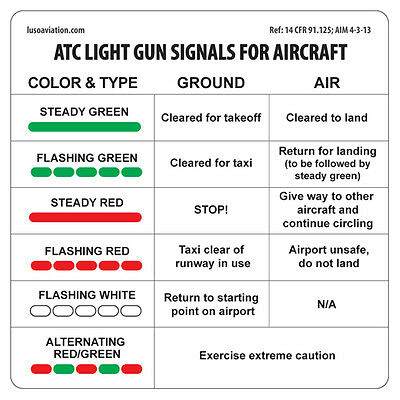 If I understand correctly the scenario you have given, your destination airport is the closest viable airport. But, the tower is no longer operational due to it being after hours. If this were the case, the airport will revert to a Class E or G, non-towered airspace. You can continue to land at that airport as if it were any other non-towered airfield. You are allowed to enter the airspace and land as long as you practice see-and-avoid visual separation from other aircraft. Enter the traffic pattern using one of the recommended methods from the AIM. Use the traffic pattern direction dictated in the sectional or chart supplement. You would not need to make any radio calls. If you are on an IFR flight plan, try to arrive at the airport as close to your Estimated Time of Arrival as possible.

For a loss of communication scenario, the FAR/AIM spells out pretty well the procedures to take. The issues you would face outside of that comes in three forms:

Being on an IFR flight plan would solve many of these problems. On an IFR flight plan, ATC would also have provided you clearance through or to airspaces all the way to your destination. ATC would be looking for you. And, your radio silence would be noticed. ATC would know your ETA, and could arrange to have the runway lights turned on for you. Otherwise, you would need an alternate means to turn them on, like a handheld radio.

While a total electrical failure would render all but your magnetic compass, vacuum driven and pitot-static instruments useless, your engine should still function. Continue to aviate. The tools from my own flight bag list will help you to navigate, communicate, and mitigate risk:

While other answers are excellent, one thing still deserves a mention:

The urge to perform a flight, or complete a flight to plan, or simply divert to a preferred airport instead of a near one, has killed more than its share of pilots.

The idea is if you go to your planned airport, magic will happen and you’ll be able to land, and NOT have that fail and be forced to divert to ???, or worse, have a string of approach-fail-divert’s while you run out of gas.

The radios run on electricity...

One fatal conceit that also kills pilots is the belief that nothing else will break. In this case, it’s a failure to understand the dependencies of the system. But aircraft fires are the ultimate example: there’s no question that more systems will be affected, yet we’ve seen several crashes where pilots rejected going direct to the nearest possible divert airport, which would have worked.

An electrical outage is not as serious as a fire, but still, don’t ignore it, nor presume that the stuff you are aware of is the only thing wrong with your aircraft, and nothing else will fail enroute.

Get it on the ground soon and safe.

That’s it. If there’s anything to learn from the above accidents, it’s that there’s no other variable in the equation. Not overpriced FBOs, not airport facilities/immigration, not dealing with the military, and certainly not post-landing logistics to complete your travel.

So within reason, divert to an airport well able to take you. Due to the likely impossibility of activating radio-controlled lights, such a field must be crossed off the list, unless there is simply no other choice and you think you can pull it off in moonlight. Controlled commercial fields like Dulles are absolutely in-play, as are military fields.

Obviously if you have several good choices it is worth having a bit of a “pecking order” with military at the bottom, but don’t place too much importance on it. If a base commander is grinding you about “why’d you pick us and not the well-equipped regional airport 3 miles away”, then “your landing lights were on, theirs weren’t” is a perfectly fine answer. As is, “I’m unfamiliar with the area, and did not know that airport existed”.

Not the answer you're looking for? Browse other questions tagged faa-regulations general-aviation visual-flight-rules night-flying or ask your own question.

14
How should I request an IFR approach at the end of a VFR flight?
7
What is the procedure for getting permission to operate an aircraft within a pop-up VIP TFR?
12
What is the correct traffic pattern at a towered airport?
9
Does the FAA require a rating for night VFR?
10
When are pilots required to have approval to conduct practice approaches?
11
Why does a pilot want to hold a Squawk Code when leaving Class B airspace?
6
How should a loss of communications in VFR be dealt with?
7
Is it okay to divert to another airport in IFR lost comms situations?
8
Is the phraseology in the early portion of the movie The Net realistic?
7
Are there conventions on which side to travel on Victor airways - USA?