Do aircraft at cruise bob and/or skip?

In the first case the motorized foam is at cruise at constant speed at some height when I force it into a dive it seems to "bob" back up to it's original height when I stop giving it the input to dive. I suspect I'm observing a little Newtonian mechanics here trading potential energy for kinetic energy during the dive and that this gets converted back as it "bobs" up again.

In the second case when the motorized foam is at cruise at constant speed at some height it tends to undulate. This is exacerbated if I increase the angle of attack(?) such that in the extreme, where it stalls, the motorized foam goes into a cycloidal "swoop". Each "swoop" starts with a stall where it'll "flip over" and dive down and gaining speed as it does so, the gain in speed results in the nose "picking up" resulting in a "swoop" back into a near vertical "climb", at roughly the same height as when it first stalled it'll stall again and repeat the process.

Do larger scale aircraft, that is anything with at least a human on board, behave in this manner as well? In the case of "bobbing" do pilots use this in any way to their advantage e.g. does it help them maintain altitude or is it helpful in some way during dire situations? (My imagination can't help but wonder if there was ever a pilot who forgot to throttle down on decent, intending to land, who found they simply "bobbed" back up to their pre-decent altitude?)

In the case of "skipping" I can't imagine passengers being very agreeable to such a motion, especially not the stalling swoop variant, but I'm fairly certain I've felt a plane undulating slightly on a flight before. Do pilots have to constantly fight such undulations or do they reduces/eliminate this through proper trim?

I'm not talking about wing in ground effect, I observe this when the motorized foam is at roughly tree top height. The veldt I fly in comprises of knee high grass so I doubt I'll observe this until I fly over a lawn or something.

If it's relevant motorized foam is shaped like a flying wing; in case aircraft with tails behave differently.

I've certainly observed that the wing tends to "pitch up" in proportion to its speed above a certain speed; this is most noticeable in the cycloidal "swooping". Initially I thought this was a CG thing or that the motor was off center and generated a moment force but I see this is already discussed. It's more likely my trim is off. 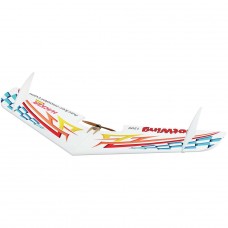 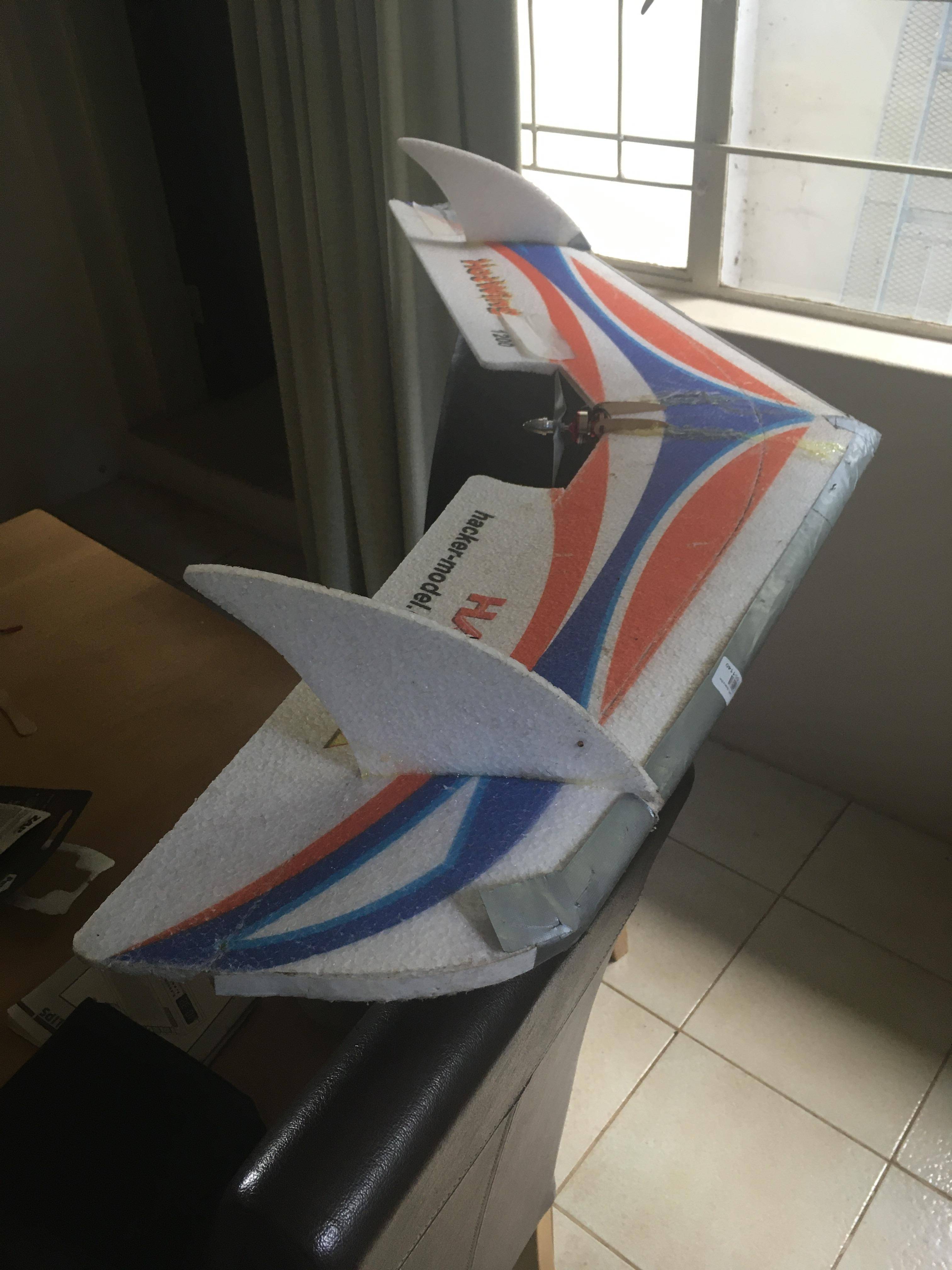 I phugoid it out, I believe, stuck a coin under the battery (rotating it made it poke out like an Adam’s apple) and I trimmed the trim to something slim. Did the glide test and she stays level as a lake wafting gracefully from the skies like Dumbo with his trunk out, tail tucked and his C.G. Is under his chin ! Thanks all for the helpful hints and the epoxy related non-confessions. (When the coin is worth more then the model I’ll fork out for an upgrade. Till then I’ll wait for the back of this cold front)

It sounds very much what you're experiencing is a Phugoid cycle

To put simply, your aircraft is not trimmed correctly. As it descends slightly it gains speed, which increases lift over the wing making it climb. This has the effect of it losing some speed, reducing the lift over the wing causing a descent, increasing the speed - and on it goes.

Full scale aircraft from light to airliner can and do experience the same thing. One notable case which comes to mind is the accident sequence of United Airlines 232 which lost all hydraulic pressure and thus had no control surfaces operational. They were controlling pitch (and roll) somewhat using engine power only, and thus did not have exact control of pitch and experienced significant Phugoid cycles.

Side note: You're unlikely to be experiencing ground effect at treetop height unless you have very tiny trees or very large wings.

When an aircraft flies at a ground level approximately at or below the half length of the aircraft's wingspan there occurs, depending on airfoil and aircraft design, an often noticeable ground effect source

Full scale pilots trim their elevator for speed, and use their throttle to climb or descend.

"Bobbing or skipping" behavior in cruise is a sign of instability, not surprising for a tailless piece of foam. If this plane has a published CG location, thrust angle and control surface throws, start there.

If you have a hill nearby, power off glides will help determine if your CG is OK.

If you are nose heavy, the plane will dive to a higher than desired glide speed and require a lot of up trim, but should not constantly pitch up and stall. Moving weight forward generally improves directional stability.

If you are tail heavy the plane will be more difficult to control and tend to pitch up sharply with speed, sort of what you are seeing.

So work with weight first, in small increments. You want a slight tendency to pitch up with increased speed in glide so it can self control its speed. After you get it gliding stably at a speed comfortably above stall...

Make sure your control throws are not too much or too little, then ...

For powered flight, you want your thrust angle slightly down to help counter act the pitch up tendency at higher speeds. Just a few degrees, again adjusting at small increments. Models tend to be overpowered, this may take a few tries. The plane should track level or climb a bit when throttle is applied, without excessive trim required (some is normal).

Planes with tails generally are more stable in pitch, but even these will "bob" if they are not set up properly.

In my experience with model airplanes the bobbing and dipping motion occurs when the center of lift is forward of the center of mass and represents a series of mini-stalls and recoveries that persist and repeat.

Since simple model planes generally do not have elevator trim, the solution is to move the wing attach point aft in small increments until the plane does not "do the dip". Back in the day, all my free-flight rubber-powered kit planes were set up to make this pitch trim adjustment easy.

If you go too far and move the center of lift too far behind the center of mass, then the plane immediately plunges into a nosedive.

13
Why does an aircraft pitch up when the speed increases?

4
Is the freestream dynamic pressure higher during cruise or during landing/takeoff?
14
Do some light sport aircraft have clipped wings to lower their cruise speed?
36
Why do aircraft need a vertical tailfin, but birds don't? (and lots of fish do?)
5
What are the typical lift, lift coefficient and drag coefficient for a A320 in cruise?
15
Is it normal practice to use 25 degrees of flaps when taking off at max weight in a PA-28-181?
8
How is the cruise speed of an aircraft chosen?
7
Why does the A320’s maximum allowable aileron deflection decrease, rather than increase, when the flaps are extended?
6
What is "Carson cruise" and can I determine it myself?
4
What exactly happens when power is reduced in trimmed, straight and level flight?