What is this jet aircraft appearing in the 2019 TV Series "Black Summer"?

This looks like an F-22 Raptor, but I can hardly see it: 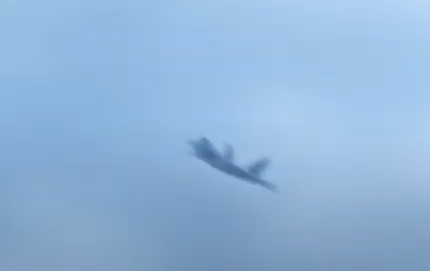 If this is in fact an actual plane (or a cgi representation of one, it is most likely a F-22 Raptor.

The picture is very blurry and somewhat distorted (probably due to panning), but features fitting to F-22 are:

Not being familiar with the series this is from, I'm willing to bet this is not an actual plane, but cgi. The 3D -model might be totally fictious, only resembling F-22 in the manner described above.

Not the answer you're looking for? Browse other questions tagged aircraft-identification fighter jet or ask your own question.